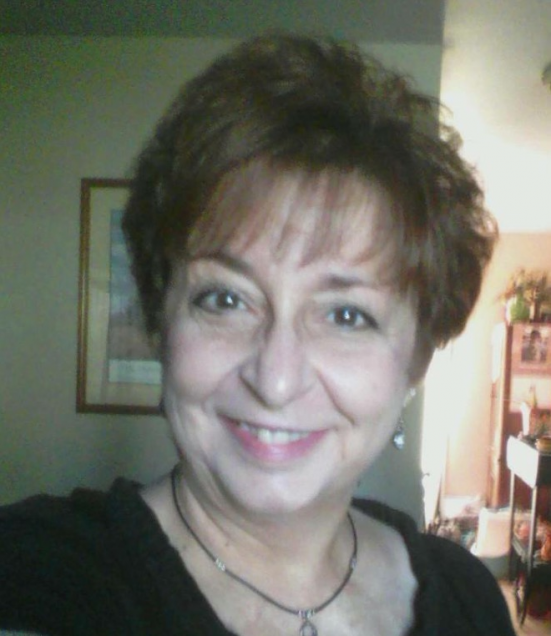 “I embrace my scars because they mean I am a survivor,” Gina told us when we spoke at the end of 2016. Gina and her son were struck by lightning after leaving the grocery store during a storm, just over twenty years ago.

It was Father’s Day weekend and Gina was shopping for a cookout. She was married at the time, and had brought her four-year-old son with her to the store. By the time she finished her shopping, it had started to downpour and the parking lot was quickly becoming flooded. She ran to the car, put her son safely in his booster seat, and went to return the cart a short distance away. The lightning struck her umbrella just as she returned to the car and reached for the car door handle. Gina was hit, though fortunately, her son was not. She felt nothing at first and she doesn’t remember anything after that split second. Luckily, a retired nurse was behind her in the parking lot and rushed to help. When the nurse got to her, Gina wasn’t breathing. Quickly, the nurse was able to bring her back and Gina was flown to Pittsburgh with 27% of her body burned. She spent 22 days in the hospital and had 2 skin grafts.

Gina was fortunate enough to have a great support system in her friends and family. Her mother came to the hospital every day to be with her, despite being intimidated by city driving. After a month in the hospital, Gina could return home. She was happy to finally be able to take care of herself and not depend on others quite so much, but once the severity of her injuries sunk in, she fell into a deep depression. She hadn’t seen her burns clearly until she returned home. For the first time since the accident, she looked at herself in the mirror. “I don’t know how to describe it,” she told us, “the extent of the injury was just horrible.”

While Gina had support from her friends and family, she hesitated to burden them further with her concerns. But she talked to her best friend, who went looking for support and found the Phoenix Society for Burn Survivors. Four months after her injury, Alan Breslau, a fellow burn survivor and founder of Phoenix Society, called Gina. “He was on the phone with me for a whole hour. I cried the whole time, it was a relief. Finally, there was someone who got it and he talked to me for the longest time.” Alan asked Gina to speak at the upcoming World Burn Congress in Philadelphia. Despite always being terrified of public speaking, Gina agreed. Gina remembers those days at the World Burn Congress as some of the best of her life. She was empowered standing up in front of crowd. She quickly became comfortable and even told jokes. She was proud that she was able to overcome her fear of public speaking and smiled as she recalled, “hearing 300 people laughing at what I said, that was pretty cool.” At the end, the crowd gave her a standing ovation that she still remembers very fondly.

The hardest part of recovery for Gina has been overcoming the insecurity around her scars. At first, Gina would wear layers of clothes to make sure the scars were covered. A couple years after the accident, Gina and her husband divorced for reasons unrelated to the burn. But this meant that Gina had to start dating while she was still getting used to her new body. When she would meet someone, she would wonder when she should tell him about the scars. She had always been one to worry about what people thought of her. She tried to hide the scars from her new partner for as long as possible. When she finally did let him see, he was unfazed. She has slowly overcome her insecurities and is able to say “this is me, take it or leave it.” She now embraces her scars, saying that they “show that I lived through something, and not a lot of people can say they did. I’m proud of that.”

Gina’s secret to overcoming her depression has been to talk about the accident and resulting difficulties. Since her burns are hidden under clothing, Gina feels that she doesn’t have to confront them often. Because of this ability to ignore the issues, she thinks she took longer to come to terms with the scars than if the burns had been more visible. Talking about them became her therapy. Her son, who was only 4 years old at the time, went through a similar process. Although he was not physically injured, he witnessed what happened to his mother, and rode in the ambulance with her afterwards. Gina remembers that for years after the accident, he would be anxious if Gina wasn’t home, worrying that she was in trouble. He drew pictures and told stories about the accident, year after year until slowly he started to worry less. Now, he doesn’t talk about it, but Gina refers to him as her “protector” and says this shared experience brought them even closer.

Gina is now able to talk more openly with friends and family, and was brave enough to want to share her story here. Even her family has come to make light of the situation. “My brother’s idea of fun is when I’m at a party, he walks up to a total stranger and says ‘this is my sister and she was struck by lightning.’ Then he walks away, and leaves me with this speechless stranger. It’s a great conversation starter!” Gina laughed as she recounted this story.

Humor has been a constant during her recovery process. She even said it saved her life.

Thank you Gina for contributing your story for the second edition of this series.