LTL Optimal Multi-Robot Planner (LOMP) is a software package for optimal path planning of a team of robots subject to high-level specifications. Robots are modeled as transition systems and specifications are expressed in linear temporal logic (LTL). The LTL specification is a conjunction of an arbitrary LTL formula and a optimizing proposition. The runs obtained using our approach are optimal in the sense that the maximum time between any satisfying instances of the optimizing proposition is minimized. LOMP is an implementation of the approach presented in:
[1] A. Ulusoy, S. L. Smith, X. C. Ding, C. Belta, and D. Rus (2011) “Optimal Multi-Robot Path Planning with Temporal Logic Constraints,” in IEEE/RSJ Intl. Conf. on Intelligent Robots and Systems, San Fransisco, CA, USA, 2011.

You can run the binaries (.app files) of LOMP RAC and LOMP Simulator from anywhere in your computer by double-cicking on them. The Matlab implementation of the Optimal-Run algorithm [2] provided below automatically adds relevant paths so you don’t need to do anything. You can also download the source code of LOMP RAC and LOMP Simulator along with the Xcode project file if you want to examine and/or modify the code. Make sure that your system meets the requirements given below before attempting to run any of the programs. 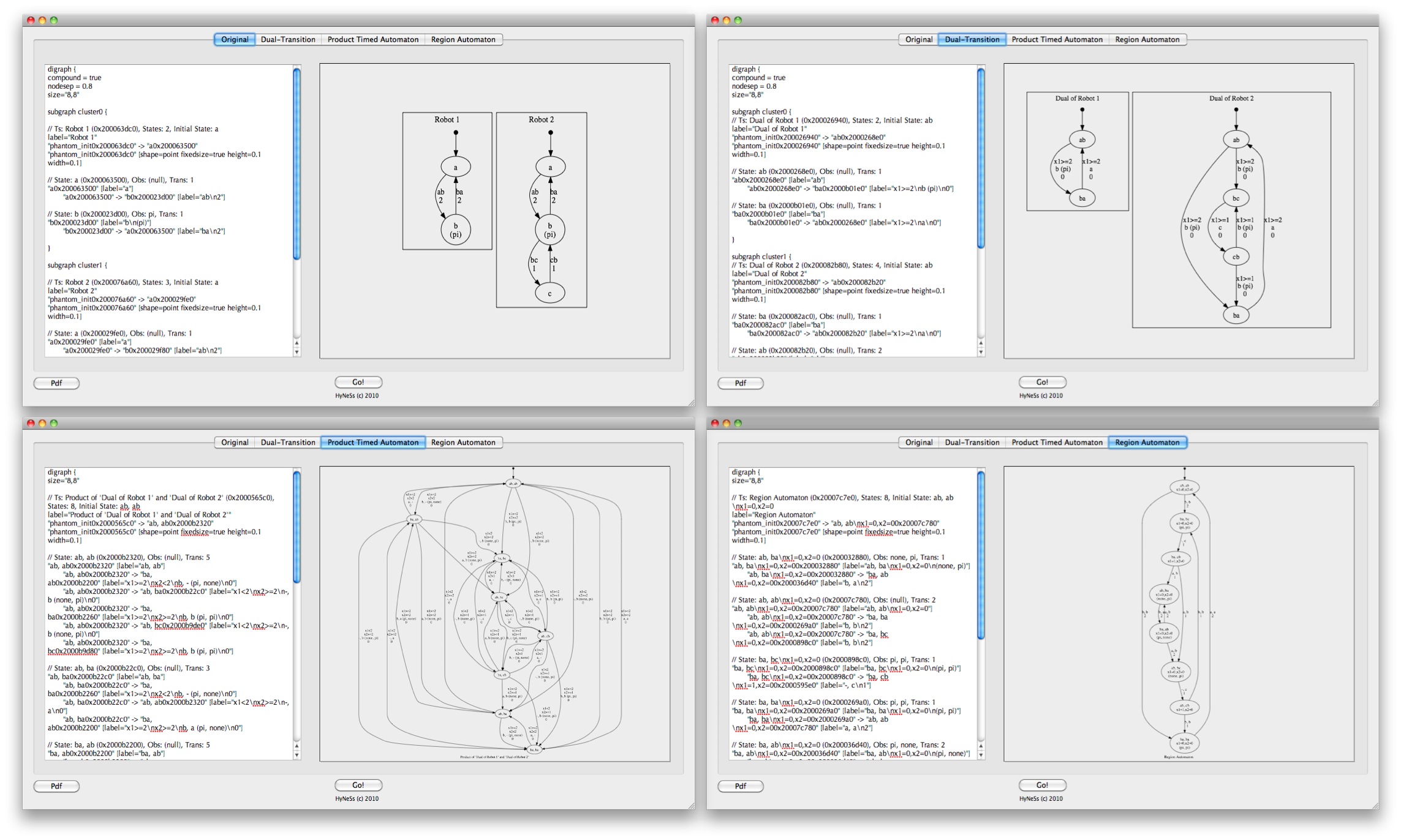 The user can examine each step of this process by selecting the appropriate tab of the GUI. Each tab features a textual description (in dot language) on the left and an auto-generated diagram on the right. LOMP RAC utilizes the dot tool [3] to visualize transition systems and automata. Once finished, LOMP RAC creates an M-file under ~/Desktop/LOMP RAC/ which defines the resulting region automaton in Matlab.

The Optimal-Run algorithm implementation expects an automaton (output of LOMP RAC) and an LTL specification (hardcoded in main.m) and outputs an optimal run that also satisfies the LTL specification, if one exists. Once the output of LOMP RAC is copied under the ./transition_systems/ directory and relevant changes are made in the main.m file, our implementation can be run by executing the main.m script. The optimal path is displayed once the algorithm finishes. This optimal path can be translated to Objective-C code using the results_parser.m script, and then can be embedded in the LOMP Simulator to simulate the satisfying optimal run of the robots. Our Optimal-Run algorithm implementation uses the LTL2BA software [4] to convert LTL specifications to Buchi automata. 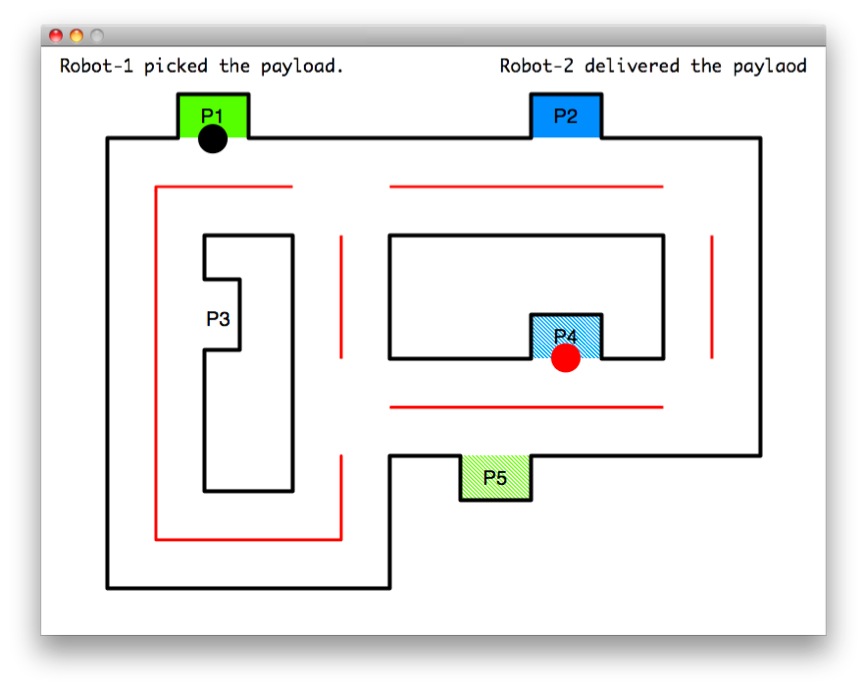 The output of the result_parser.m script can be used to define the robot trajectories to be simulated in LOMP Simulator (currently hardcoded in robot.m). Currently, our simulator supports only two robots traveling on a particular environment, but can be easily expanded to simulate an arbitrary number of robots on an arbitrary map.

We would like to thank Jana Tumova for her help with the Matlab implementation of the Optimal-Run Algorithm.