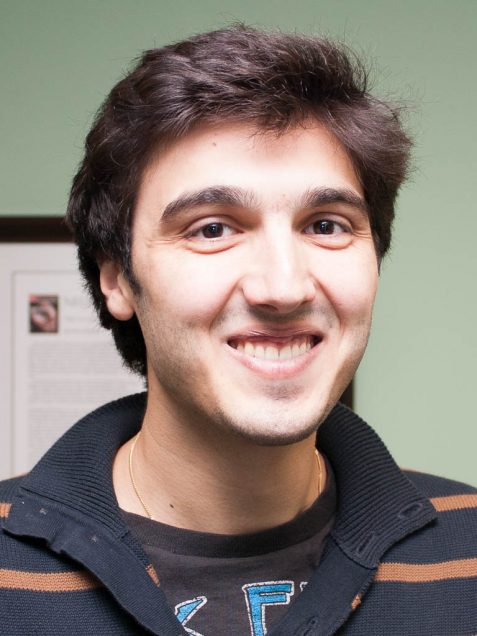 Stamati Liapis graduated summa cum laude from the University of Pennsylvania in 2015 with a BA in cognitive science and as a member of Phi Beta Kappa. As an undergraduate, he worked in the Computational Memory Lab, where he completed a senior thesis examining the differences in the subsequent memory effect between older and younger adults using scalp EEG data. He also developed a passion for AI and how neuroscience can impact that field. After graduating, he worked as the lab manager for the Epstein Lab, also at UPenn, where he leveraged multi-voxel pattern analyses to study human memory in navigational tasks. At Boston University, he plans to continue exploring human learning and memory with the hope of one day contributing to our ability to restore “lost” memories. Outside the lab, Stamati can be found strolling around pondering the nature of reality and consciousness, playing guitar sometimes well, sometimes quite poorly, playing tennis, being a French snob about food, or either playing or watching American football.