After the 2016 election, “fake news” is one of the top words. Because during the election, fake news was widely shared on the Internet. And some people claimed that Trump would not have been elected president without the influence of fake news. Is that true? Many scholars tried to figure out if fake news on social media affects the politics—especially the 2016 presidential election. In this passage, I will summarize the primary statements of several research articles which mainly talk about the topics above and illustrate the relationship of fake news, social media and politics. 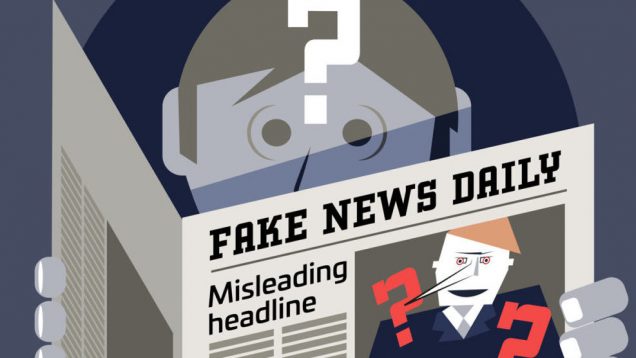 The Market of Fake News

In the book The Hybrid Media System, Andrew Chadwick states that fake news is the exploitation of the technological affordances and incentive structures of social media platforms, online search engines, and the broader news media industry to spread fabricated information for financial and/or political gain (Chadwick, 2017). With the development and popularization of the Internet, thousands and thousands of fake news appeared. What’s the reason of the growing number of fake news? Allcott and Gentzkow claim that the increasingly larger market of fake news is the answer. First, the barriers to entry in the media industry have dropped precipitously. Nowadays, setting up the website and producing and transmitting contents is pretty easy. And the contents could be transferred into money through advertising platforms. Second, social media gives fake news a suitable place to disseminate. Third, the declining trust in mainstream media. And forth, the rise of political polarization (Allcott & Gentzkow, 2017).

Facebook was a key vector of fake news distribution (Guess et al, 2018). In their article, they find that “Facebook played an important role in directing people to fake news websites”. Besides, WeChat also becomes the medium and soil for fake news in China.Therefore, it is confirmed that social media plays an important role in transmitting fake news. However, why social media especially conductive to fake news? The research article Social Media and Fake News in the 2016 Election gives the answer. First, the fixed costs of entering the market and producing content are small. Second, the format of social media can make it difficult to judge an article’s veracity. Because people often view social media information on their phone or news feed windows. Third, Facebook friend networks are ideologically segregated. People are considerably more likely to read and share news articles that are aligned with their ideological positions. Therefore, people trust what appeared on their social media page. In conclusion, social media plays a crucial role for the transmission of fake news because of its several unique features.

In 2016, the hybrid media system also enabled a trio of developments that served to undermine liberal democratic norms: fake news, bot activity and a series of hacks (Chadwick, 2017). As Chadwick said in his book The Hybrid Media System, fake news is one form of dysfunctional hybridity, which means interdependence among older and newer media logics may contribute to the erosion of democratic norms. Does fake news affect politics and cause the erosion of democratic norms? One of the main findings of the article Social Media and Fake News in the 2016 Election concludes that fake news was both widely shared and heavily tilted in favor of Donald Trump (Allcott & Gentzkow, 2017). Another article written by Guess, Nyhan and Reifler finds that Trump supporters visited the most fake news websites, which were overwhelmingly pro-Trump (Guess et al, 2018). From these two articles, we can conclude that fake news does affect politics to some extent and cause the erosion of democratic norms.

Based on the analysis and summaries above, I find out that fake news has a deep relationship with social media and politics. The fake news of 2016 depended on a combination of media affordances and systemic trends: the design of social media platforms and search engines, and the intense competitive pressure on professional journalism caused by the digitalization of news and the acceleration of news cycles (Chadwick, 2017). Social media’s unique features and its affordances give fake news a good place to spread. User’s network on social media are segregated. Users add people as friends on social media mainly because they share similar backgrounds or same interests. So what appears on their news feed could be the contents they would love to read and believe. Therefore, we can conclude that fake news is one form of dysfunctional hybridity in the hybrid media system. Through social media, fake news could have extensive influence not only 2016 election but also other fields related to our daily life.

Guess, Andrew, Brendan Nyhan and Jason Reifler. (2018). “Selective Exposure to Misinformation: Evidence from the Consumption of Fake News During the 2016 US Presidential Campaign.”