We report results of a comparison of the accuracy of crowdworkers and seven Natural Language Processing (NLP) toolkits in solving two important NLP tasks, named-entity recognition (NER) and entity-level sentiment (ELS) analysis. We here focus on a challenging dataset, 1,000 political tweets that were collected during the U.S. presidential primary election in February 2016. Each tweet refers to at least one of four presidential candidates, i.e., four named entities. The groundtruth, established by experts in political communication, has entity-level sentiment information for each candidate mentioned in the tweet. We tested several commercial and open source tools. Our experiments show that, for our dataset of political tweets, the most accurate NER system, Google Cloud NL, performed almost on par with crowdworkers, but the most accurate ELS analysis system, TensiStrength, did not match the accuracy of crowdworkers by a large margin of more than 30 percent points. 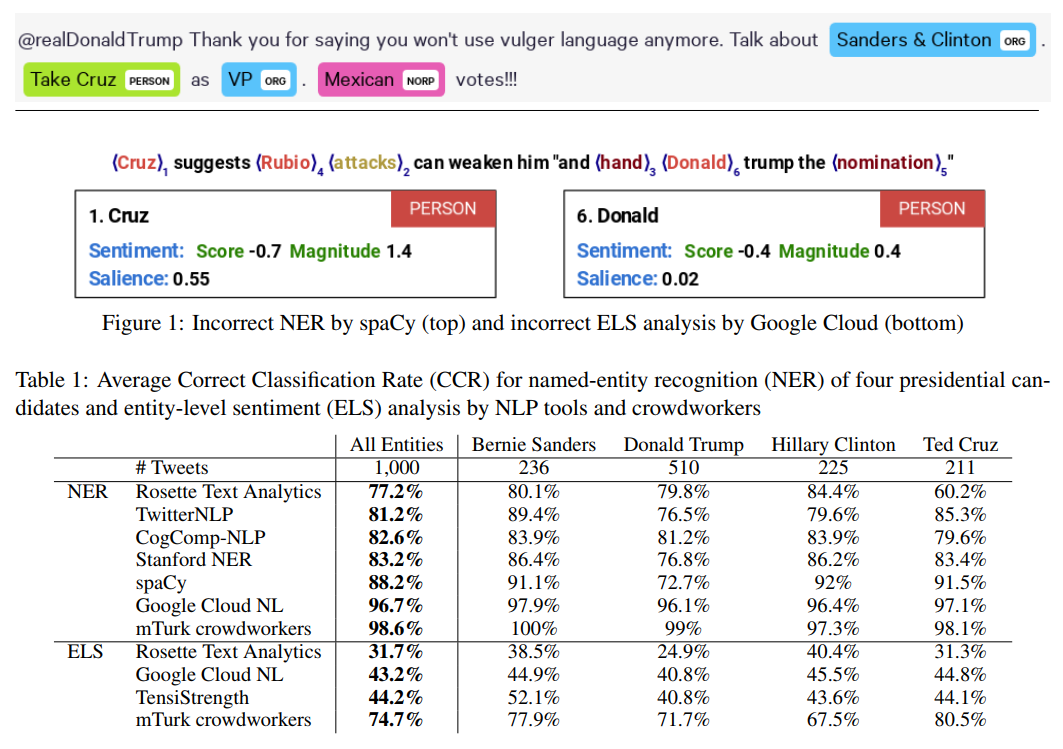 Here  is a link to the paper.

BibTex of this paper: