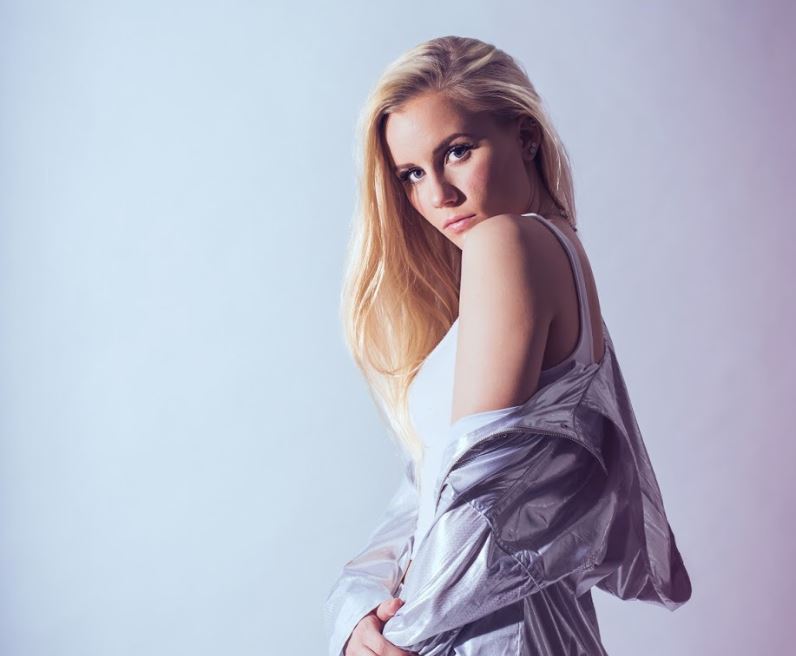 The new song “Hazy” is amazing. You should be really proud. I could really relate to the meaning behind it—dissociation.

Bri: That’s the reason I’m so excited about the song is I really want it to connect with people. I’m actually proud to talk about it, and I want to encourage other people to talk about it. It’s a lot more common than you think.

The song sounds fun, like a radio pop hit, but it touches on something so important.

It is juxtaposition. You think it’s a chill, fun happy song, but you listen to the lyrics and it’s like, “Fuck, this really means something.”

How did the song come together?

My mom was visiting. We were sitting at the pool at my apartment complex, and I was having a panic attack for no reason. I couldn’t calm down, so my mom suggested, “Why don’t you go write a song to get your feelings out?” So, I did. The hook, “Everything is just so damn hazy,” just popped into my head out of the blue. I was just writing what I felt. Once I had the hook, I produced it out, added some chords, listened to other music for inspiration, and it just all came together from that one day.

What were you listening to?

My taste is really diverse. One day, I’ll listen to Linkin Park. The next day, I’ll be into Louis The Child, Wafia, Post Malone, WHETHAN, or Lauv.

Were you afraid about opening up this way?

I have two options. I can write those universal love songs, which we all love, or I can actually talk about what I’m going through in the moment. It’s very real to me, because I’m documenting it as it happens. It does feel good to let it out. It’s a very vulnerable thing that I’m doing, but why wouldn’t I be vulnerable? We’re all human. I’ve already gotten so many fan DM’s telling me how the music has helped them through mental struggles, and if I can do that, that’s all that matters.

The music video further drives your message home. Did you come up with the concept?

Honestly, the video was definitely a team effort. I had an initial concept from the song, and we brought in a lot of incredible creatives like the directors, producers, and MadHappy. It was amazing being able to include our friends and make something so meaningful visually for the song.

So, everybody has their own “Thunderstorm.” Mine is dissociation and feeling hazy. I wanted to invite my fans around the world to share their Thunderstorm, in hopes to start an open discussion about mental health where they can feel heard and welcomed.

Is it important for you to have that connection with your fans?

Extremely important. I wouldn’t have anything without them. If my music can help them deal with whatever they have going out, whether it’s mental illness or not, I’ve succeeded.

When does the song come out?