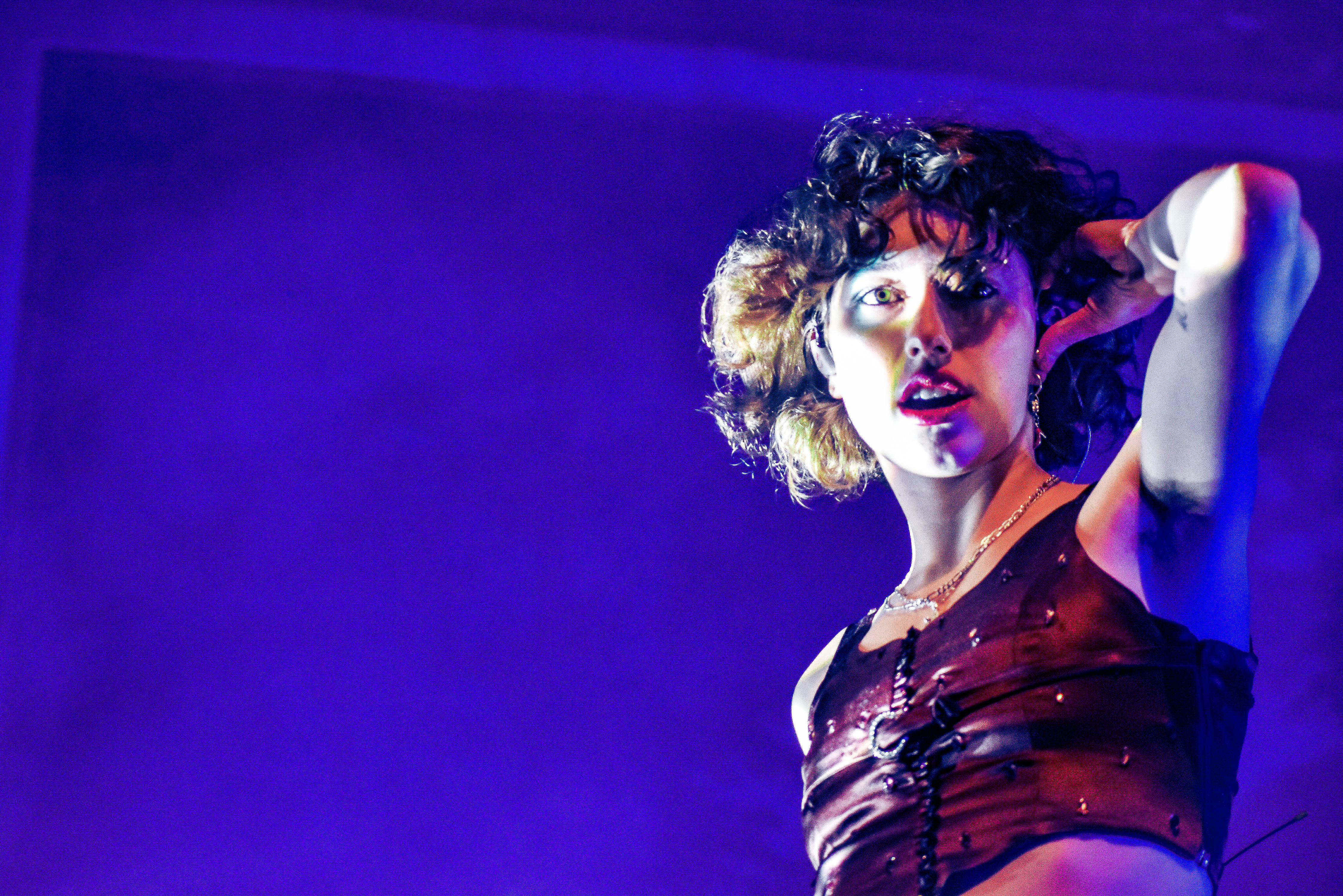 Girlpool closes their set with a crowd-riling rendition of “Shallow” by Lady Gaga, and plays one song of their own before waving goodbye and turning to make their exit. The crowd, a sea of backwards-baseball caps and shimmery tops and colorful flags, turn to each other, talking eagerly until Henry Metcalf enters the stage. King Princess’ longtime friend wears a long brown wig and appropriately cheap purple dress as he announces the next act, exclaiming: “Now let me hear some screaming bitches, for Coleslaw!”

Coleslaw, a Boston-based drag queen who hosts events at the Museum of Science, prances to the front of the stage in her bridal-white taffeta gown and curlicue-d cardigan, singing along to diva hits and riling up the crowd and complimenting their energy. “Oh my goodness so many beautiful humans here–oh this front row you are giving it to me–thank you!” In the middle of her set she runs off, and comes back without the extravagant tarp she had earlier. Newly free to move, her performance gets more lively. Coleslaw’s lip-syncing is supported by spirited dancing and delightfully obscene gestures like exposing and licking her nipple, or mimicking a blowjob. Smiling, she bids the crowd adieu and stage lights shift from blue to pink, welcoming crew members as they adjust cords and move mic stands.

Metcalf returns to unhelpfully drag a broom across the stage, serving the crowd a pouty face as though he’s being made to do work he wouldn’t otherwise. But he has fun with it, dancing with the broom like it’s a pole, lifting his skirt flirtily, and shimmying with his bare chest exposed.

At nine o’clock exactly the lights dim, and the band comes out to sit in the darkness as the keyboardist, Melody “Mother Gay” Ector plays a piano intro. Along with Ector, band members Antoine Fadavi, Jonah Feingold, and Logan McQuade are dressed in white jumpsuits.

King Princess runs out onto the stage, kicking but not breathless as she sits at a piano with clouds painted all over it. Soon the lights are flashing, and she runs from the piano grabbing her guitar, and shredding. She Hands off guitar to stage crew and finally welcomes us to the tour after an exhausting but effervescent and scene-setting opening.

“Welcome to the Cheap Queen Tour bitch! You like my set? I like my set! We’re gonna have fun tonight. But you gotta be loud I only like loud girls!” And she goes into a new song, Useless Phrases. After performing this song at countless concerts on tour, she’s included a studio version of it on her latest album.

After running through the titular, Cheap Queen, she addresses the bras and scarves and things people throw at her. “You can throw shit, but if you hit me in the face…ho ho, no face! Deal? You can hit me in the tits, you can hit me in the pussy, you can hit me in the ass, but you can’t hit my face–this is how I make money.” One fan then gets bold, throwing their wallet past the singer. Using a voice that is surprised but appreciative, KP chastises the owner before tossing the brown leather assuredly back.

KP’s writing is complex in music theory, with layered synth harmonies and fun guitar parts, but charmingly poetic in lyrics. After being raised in a recording studio in Brooklyn, it’d be hard to ignore the different ways one can play with sound. The musicians she grew up surrounded by come back as ghosts in her music as the rock influence is striking. Refreshingly unapologetic in queer-ness and gentility, the strength of songs like Upper West Side are the way they carry on stage. Crystal-clear drumbeats and resonant guitar create an atmospheric setting when paired with strobing, beaming lights. Despite being riddled with impressive guitar solos one can only describe as pure “shredding”, one of the most breathtaking moments was when KP coyly invited the crowd to answer an “open forum question…who wants to hit the back?” After which the crowd screamed in delight and the lights made the stage glow in rainbow colors, reminiscent of the album design for her first few singles.

Never one for shyness, King Princess closes by headbanging and rocking out Ohio, and yells “Thank you Boston!”, before blowing us a kiss, and strutting offstage. 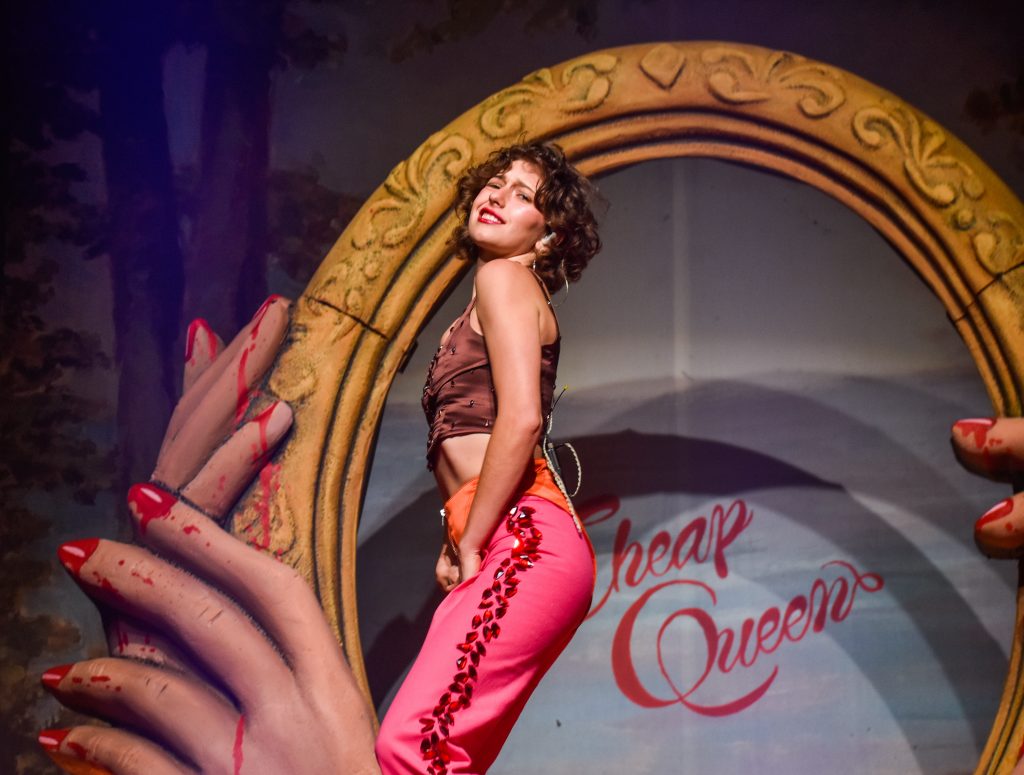 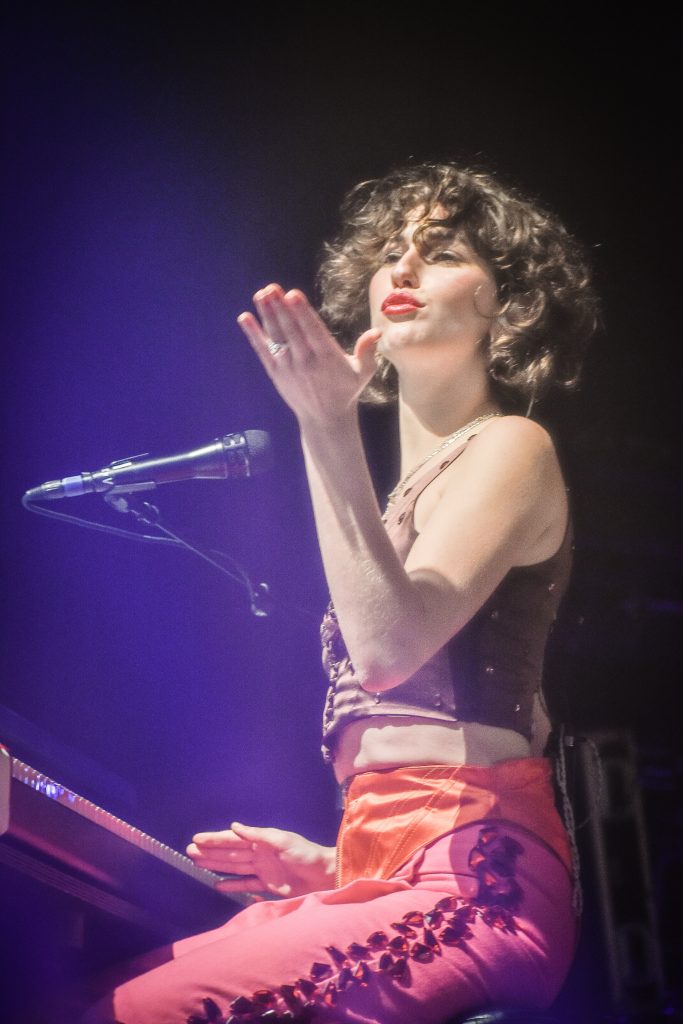 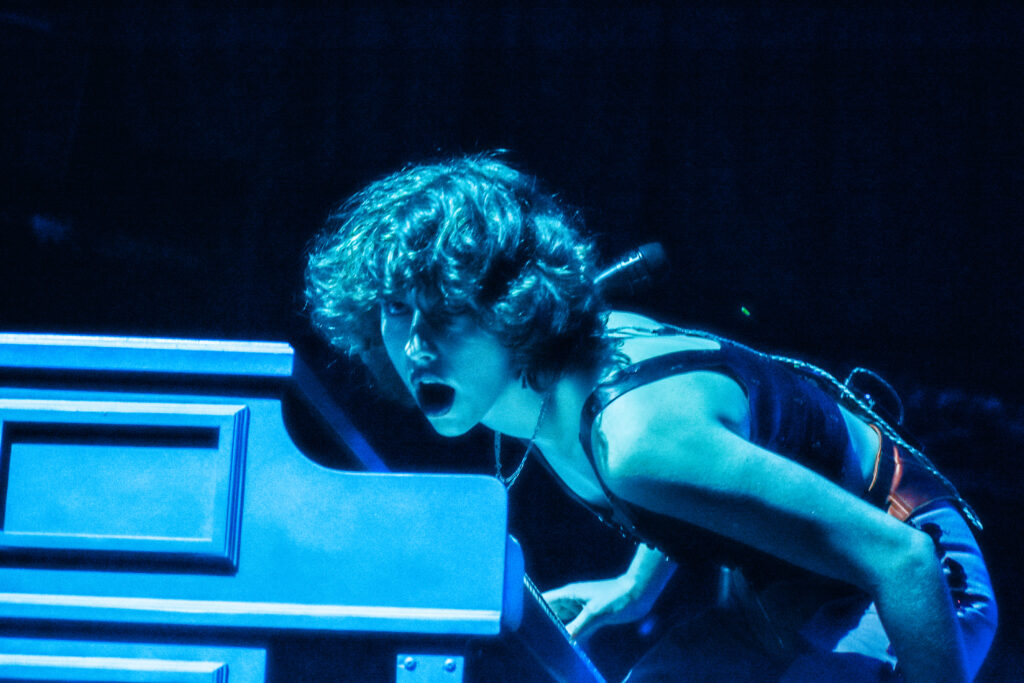 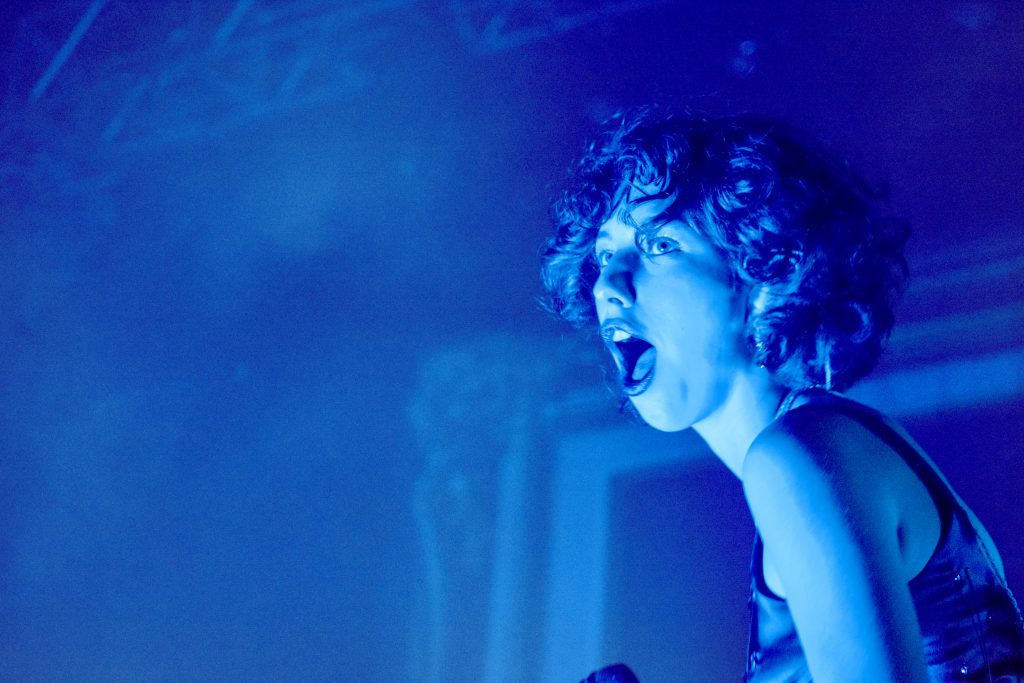 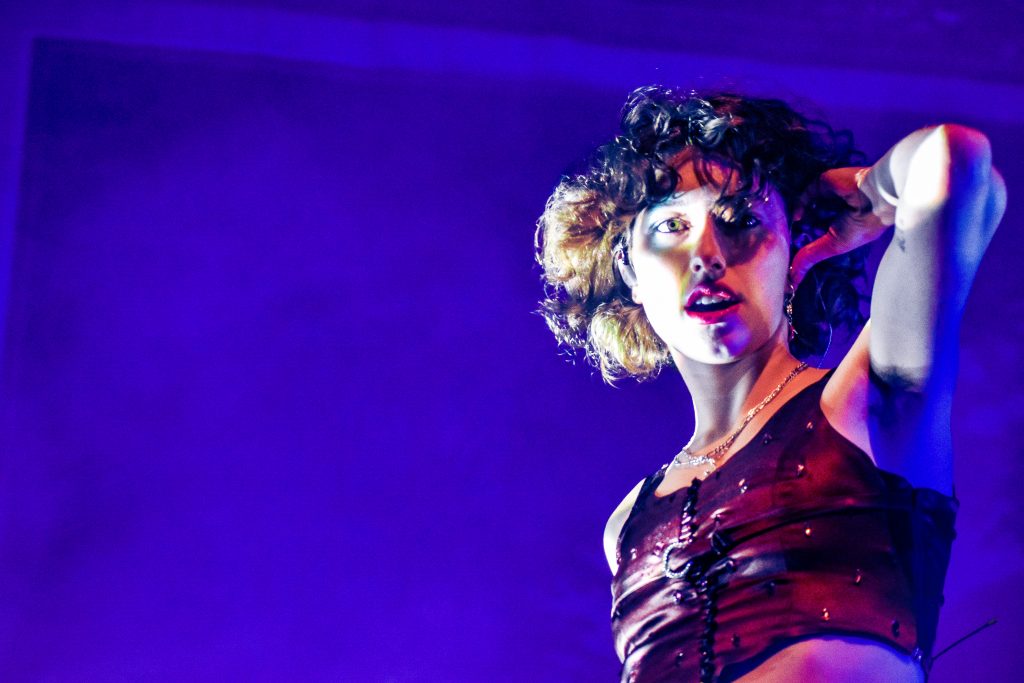 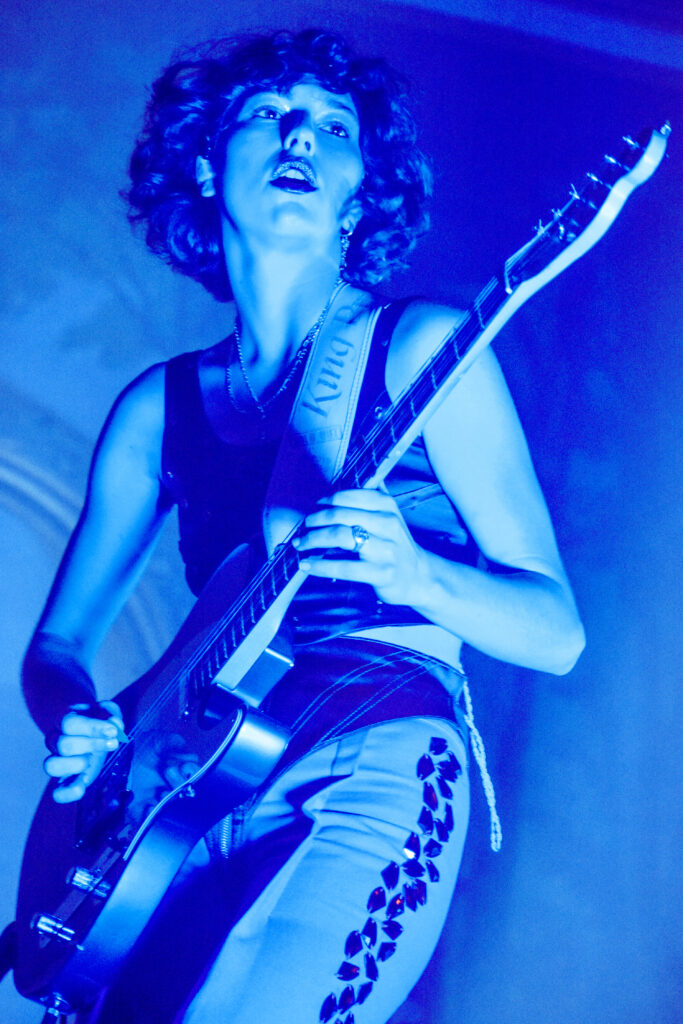 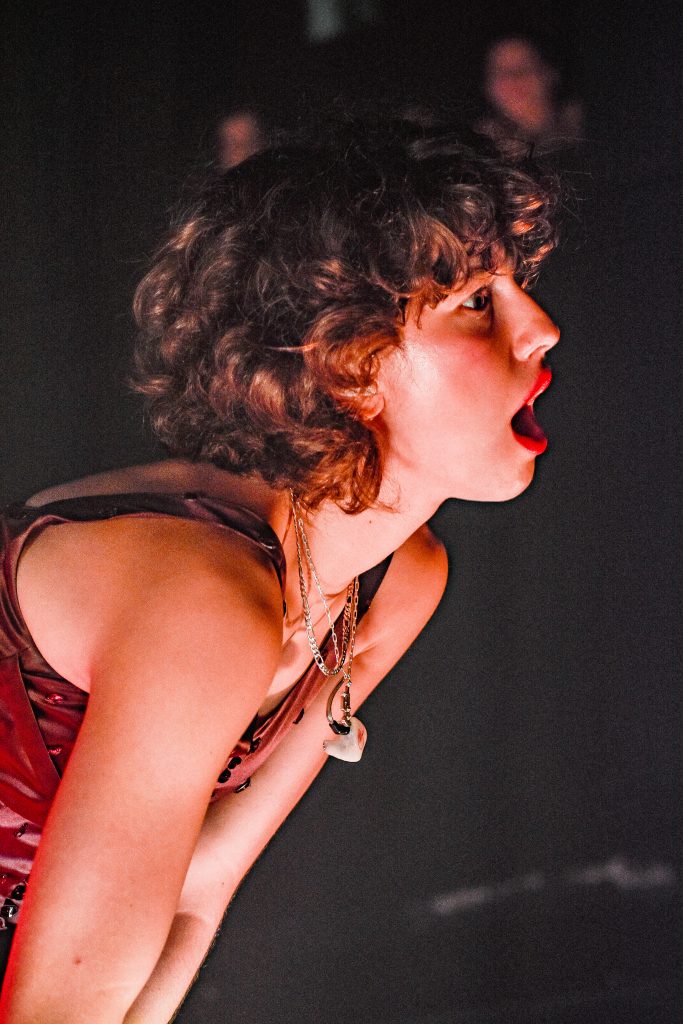 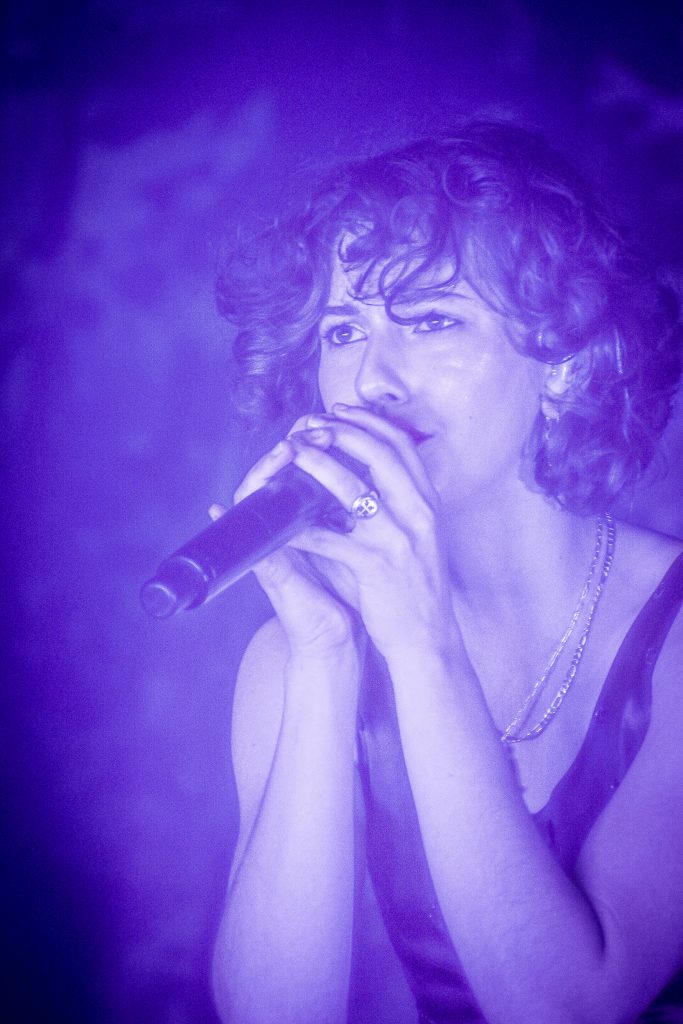 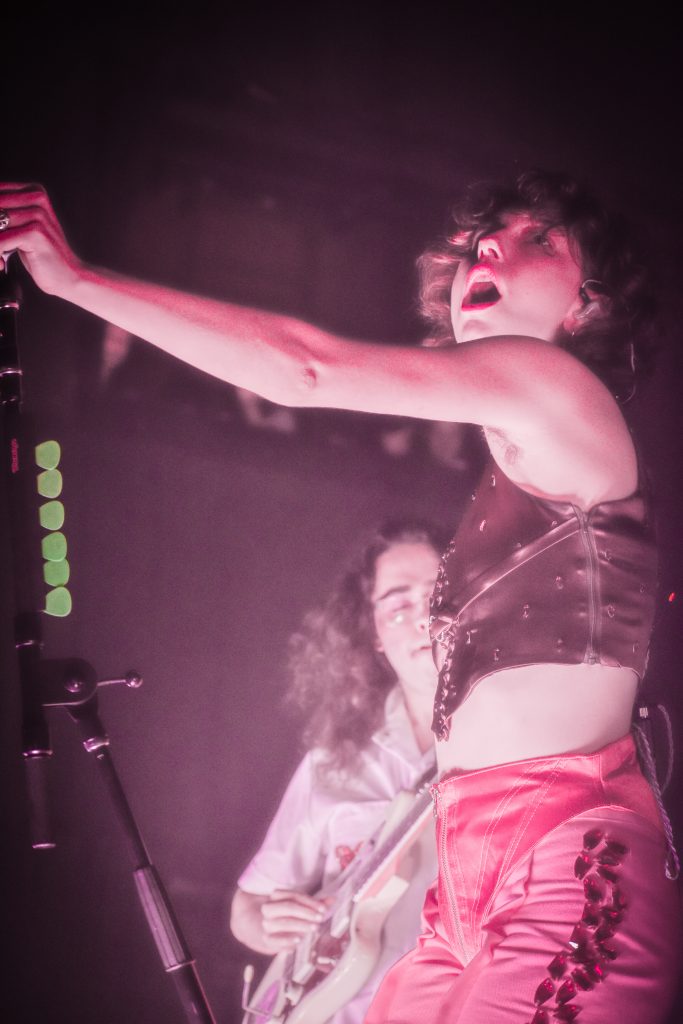 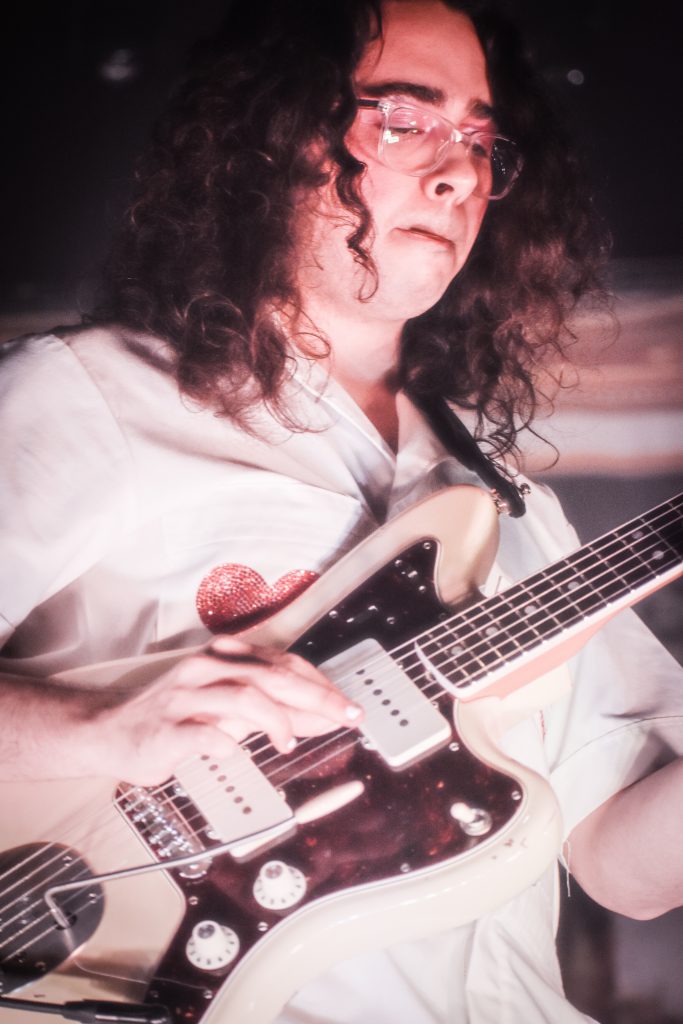 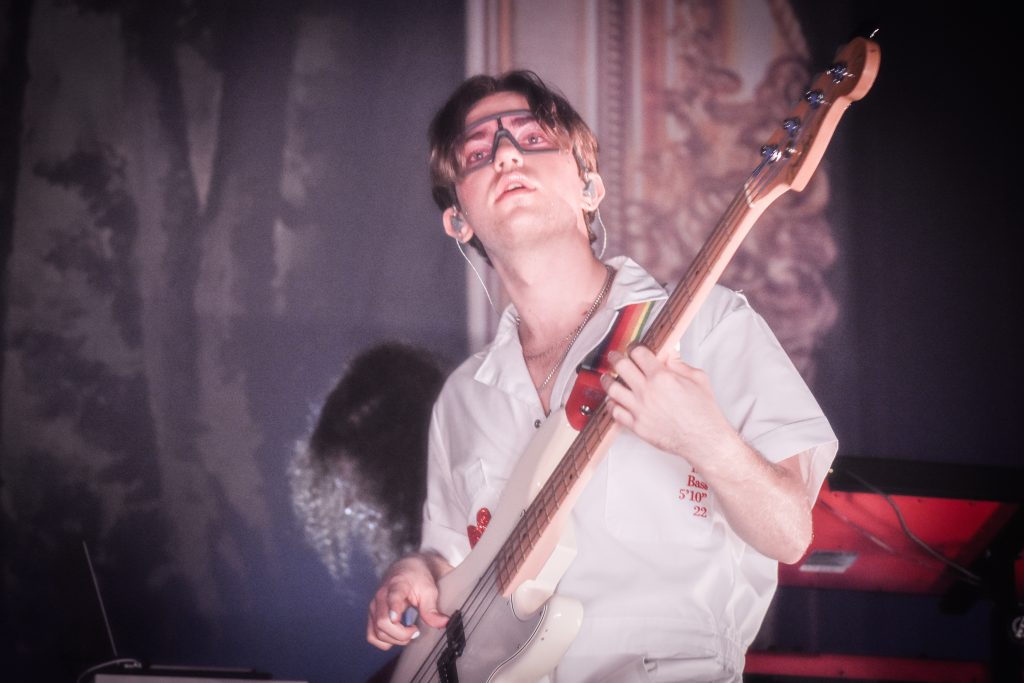 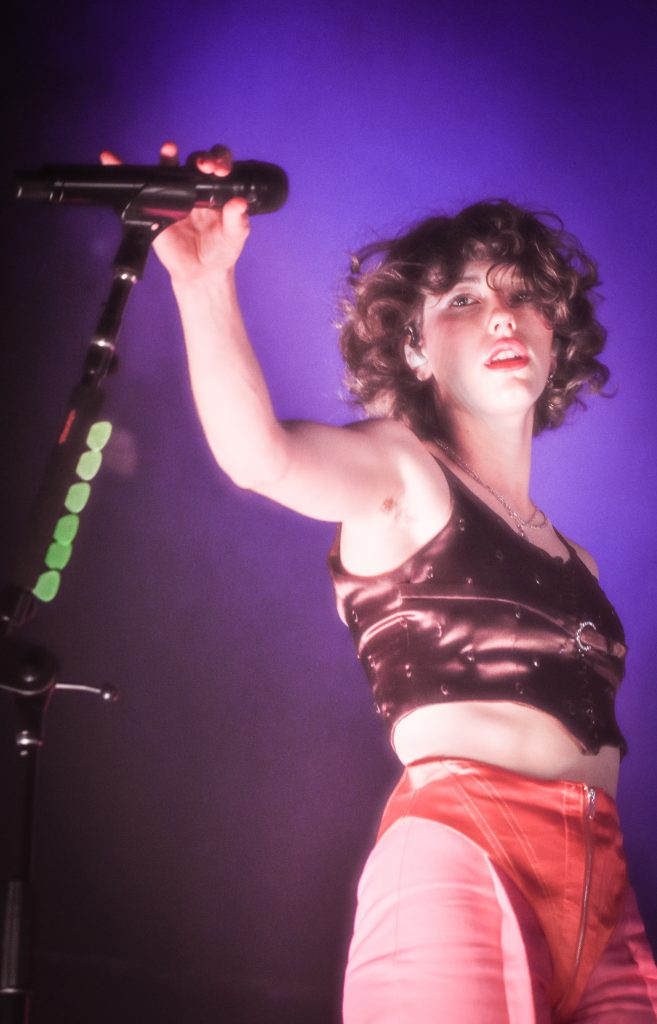