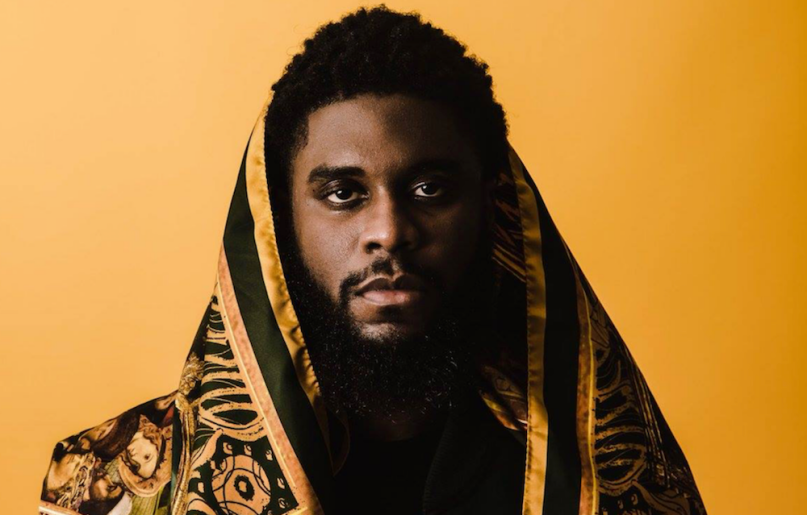 Last Friday, Big K.R.I.T. and Rapsody stopped by the Paradise Rock Club and delivered two powerful sets. Big K.R.I.T. released his fourth studio album, K.R.I.T. Iz Here, this past summer. Rapsody also released a summer album in Eve, an anticipated follow up to her grammy nominated Laili’s Wisdom. The building was already pretty packed when she took the stage, and from then on the night was a spectacular success.

Rapsody took the stage without hesitation and flexed her lyrical ability throughout the night. Sporting long blonde braids and a dark blue jumpsuit, Rapsody seamlessly shifted from complex brags to empowerment bars. The power of her voice cut directly through the air during her performance of “Cleo.” The hard hitting 808s had the whole building head bobbing along. She commanded attention and made the audience forget she was an opener. Rapsody had enough older fans in the building to run through a medley of her early work, including a few cuts off her 2011 project Thank H.E.R. Now.

With such a diverse sound/message it was interesting to see how she balanced energetic songs like “Oprah” with more introspective songs such as “Aaliyah.” Eve provided the majority of content for her, but she still showcased a great range of variety. More than once she addressed the crowd in between songs, preaching female empowerment and self worth. She closed her set by inviting a “single, 18+ year old male” onstage to perform “Afeni” as a type of education lesson. She said it was to ensure that the man on stage knew how to treat a woman when the time comes. It’s not that unusual to see an intimate fan moment on stage, but I’m not sure I’ve ever seen an artist perform directly for someone as a means of education. She teased with lines like “We all in the same shape, so I know I fit your puzzle.” At the end of the day that is what Rapsody came to do, educate. Educate on black empowerment, self worth, the importance of dreams, and her own street cred. She brought the energy of a tornado and the crowd caught serious whiplash.

All that being said, Rapsody still couldn’t outshine the headliner. For as good as she was, the crowd was ready for Big K.R.I.T. He had a video skit introduce him to the stage, skipping over the typical DJ intro you see at many smaller hip hop shows. K.R.I.T. has been touring for over a decade now and his professionalism on stage is top notch. Similarly to Rapsody, K.R.I.T. has both aggressive and reflective songs in his catalog. He joined the stage by performing “K.R.I.T. HERE” and presented his energy and breath control immediately. Even though his appearance was slightly behind schedule, the crowd didn’t care. Some fans were experiencing K.R.I.T. for the fifth or sixth time in Boston alone. K.R.I.T. took notice and thanked his early fans before diving into some of his older work like the bouncing “4EvaNaDay.”

The second half of his set was spent performing cuts from K.R.I.T. Iz Here, which is no surprise given it was the inspiration for the tour. Originally I did not love the album, but the live experience really deepened by appreciation for K.R.I.T.’s wordplay. On songs like “Addiction,” K.R.I.T. showed an emotion in his voice that can sometimes be lost behind the intoxicating melody. The highlight of the night was undoubtedly the unexpected performance of Blue Flame Ballet. A pole dancer — yes, a pole dancer — joined K.R.I.T. on stage while he rapped about the strip club to a semi-engaged audience. A pole dancer interlude was definitely a first for me.

K.R.I.T. eventually went backstage while a video played to the audience. K.R.I.T. was having a conversation with an older gentleman who was offering wisdom. It’s unclear how many fans were paying attention, but like Rapsody, K.R.I.T. was there to educate. He returned to the stage for the beat drop of “Energy” and really blew the roof off the building. The climax of the night was no doubt his performance of the fan favorite “Country Shit,” an ignorant homage to the southern lifestyle. I would like to note that after the concert K.R.I.T. stayed for 15-20min greeting fans, taking pictures, and signing what he could. It can’t be easy being an independent artists, but the respect seemed to be mutual that evening. K.R.I.T. is still an excellent performer and I can not recommend this tour enough.