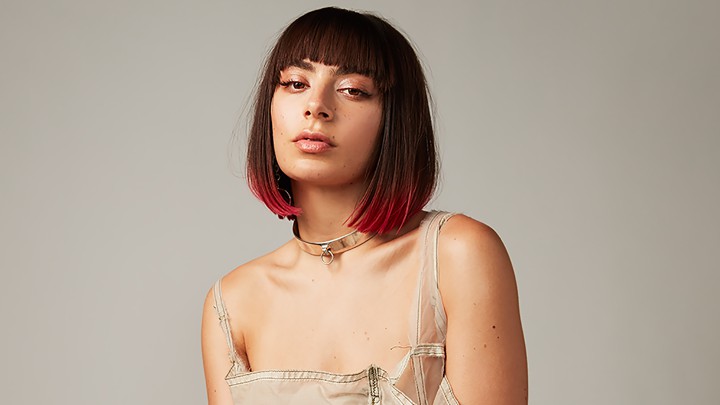 On October 17th, the typical mass of Red Sox fans taking over Landsdowne St. were replaced by drag queens in 6-inch platform heels. Men and women alike dressed in neon and mesh shivered in crop tops and booty shorts as they lined up around the corner onto Brookline Ave in 40 degree weather.

By 9pm, after an electric performance from opener Allie X, the crowd was overcome with anticipation, as the chant for “Charli” grew louder than the Britney and Gaga hits that played over the speakers. Giant cubes flashed blinding multicolored light and album opener “Next Level Charli” began, immediately bringing the once-still crowd to a mosh pit that kept up throughout the entirety of the night.

Charli XCX’s stage presence is as demanding as the ear shattering, industrial production of her music. Even throughout songs like “Click” which features verses from Kim Petras and Tommy Cash, and “February 2017” which features indie darlings Clairo and Yaeji, Charli commands attention – it’s impossible to take your eyes off her. The rare exception to this was during “Shake It” (ft. Brooke Candy, Cupcakke, Pabllo Vittar, and Big Freedia), during which Charli was joined by a crowd of drag queens in elaborate costume – tutus, leather harnesses, the works.

Throughout the night, she played the entirety of latest album Charli, taking the occasional break from her newer, more emotional material to perform more energizing fan-favorites such as “Vroom Vroom” and “I Got It (ft. Brooke Candy, Cupcakke, and Pabllo Vittar).”

The night ended with a five-song encore, spanning the entirety of Charli’s decade-long career, from covering breakout 2013 hit “I Love It” by Icona Pop, to the EASYFUN remix of “1999,” showing the ease with which Charli melts together bubblegum pop with the harsh, almost mechanical production of PC Music.

A Charli XCX live show was more than just a concert, it was an event. With every song, a feeling of euphoria, confidence, and acceptance grew within the crowd. Charli XCX is pop royalty, and the rest of the world just hasn’t figured that out yet. But, for her devoted fan base of weirdos, queers, and music nerds, we’re glad to keep her our best-kept secret.