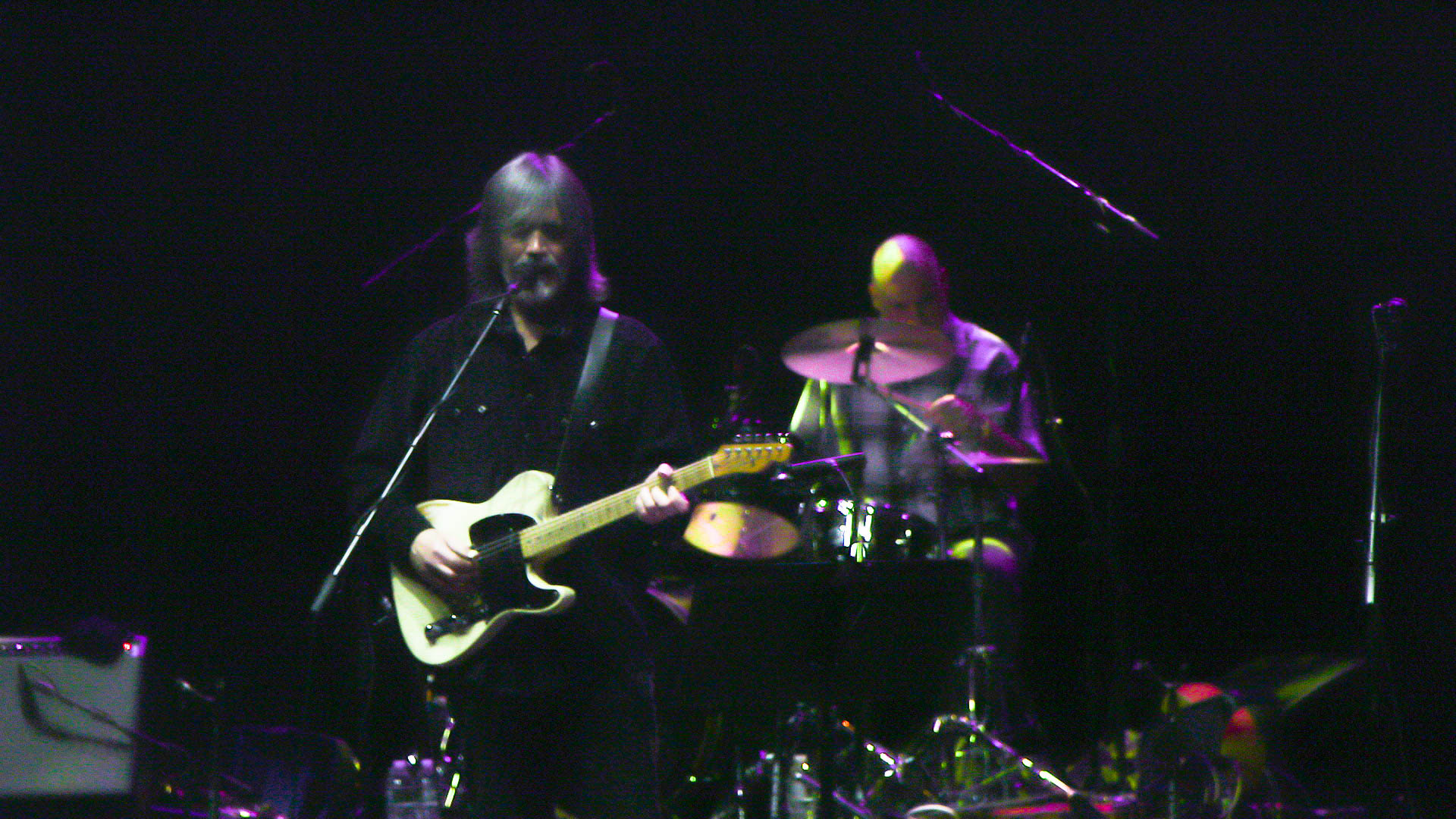 Bill Payne got up from his two keyboard set-up and with a smile on his face said, “You know playing in Little Feat is like playing in ten bands.” Though already halfway through the show, that statement definitively set the tone for the night. The beauty of the night though came not from the sweet, eclectic music being played on stage, but rather from the sense of shared community and experience that the band gladly spread to its audience.

The opening act came in the form of Larry Campbell and Teresa Williams, but really there was no opening act. Both artists would accompany Little Feat onstage for the main event and during the “opening act,” multiple members of Feat including Bill Payne and Kenny Gradney joined the band. This made for a joyous start to the night and while I was watching out for the members of the band I came to see, I could not help but notice the sheer talent that came wailing out of Larry Campbell and Teresa Williams. Both were wonderful singers and Campbell in particular did some killer fingerpicking on the guitar, reminiscent of his dear friend Jorma Kaukonen.

Once the expected Little Feat lineup took the stage, the tone of the audience immediately shifted to wild anticipation of sounds to come. The band did not disappoint and started out with the rocking “Tripe Face Face Boogie.” Three more Little Feat staples followed, “Time Loves a Hero,” “Spanish Moon,” and “Rocket In My Pocket,” before the band felt the need to try some new tunes.  “Church Falling Down” and “Rooster Rag” dispelled any doubt that the modern songbook was in any way lacking.

A shift in the night came with “Fat Man In The Bathtub.” Before that song everyone was enjoyably yet discreetly taking in the night, but now, egged on by Bill Payne, the totality of the audience, including myself, rose to its feet and began a boogie that would last until the end of the night. The show stoppers “Willin’” and “Dixie Chicken” seemed to wrap the night up, but not before Bill Payne’s most famous composition, “Oh Atlanta,” would take the encore by storm.

I’ve mentioned Bill Payne a lot in this piece, despite the other nine musicians on stage with him, and it’s worth bringing up the rest of the group as they were all outstanding. The guitarists Fred Tackett and Larry Campbell brought out a number of different instruments during the set, including a fiddle, a mandolin, and even a trumpet. Veteran members Kenny Gradney and Sam Clayton continued to provide the New Orleans funk infused rhythm that they always have, but it’s safe to say their sound has matured since 1972. Finally, Gabe Ford, the youngest member of the core band, brought fresh energy to the aging ensemble, and has clearly come into his own.

After the concert I could not help but go backstage to say hi to the band and get the players to sign my large Little Feat poster. I was not alone, many a fan waited eagerly to schmooze with the group. I too was excited to meet my heroes and once they came out I had a wonderful time getting their autographs and shaking their hands. However, after the initial five minutes or so of hellos, I found it difficult to approach the band members not because of my nervousness but because of the deep conversations going on around me. I realized that these were not people looking to meet the members of Little Feat, but rather to say hi to old friends. I assumed that I was the youngest among them because Little Feat’s popularity stemmed from a different time, but in fact I was the youngest because everyone here knew these guys from years and years of being a part of community that I had just entered. While I painstakingly worked my way into a conversation with each band member, I couldn’t help but smile at the action around me. These guys aren’t rock stars, they’re just people who happen to play some pretty sweet music, and when they step off the stage they’re still people who go through life like anyone else. If it was simply the music that drew these fans to the Orpheum show, few would have bothered to come backstage afterwards, but because of the down-to-earth friendships that spanned decades, this lovely scene was created. I knew that I was getting my first taste of a community that I desperately longed to be a part of, but perhaps I was too late.

Three days after the Orpheum show, longtime Little Feat guitarist and singer Paul Barrere passed away from liver cancer at the age of 71. Barrere’s death is a huge blow to the band and it is uncertain whether or not they will recover. We’ve had fifty years of Little Feat, some great, some tumultuous, and maybe now is the time to end it. Maybe it’s time we turn to newer talent and build a community like the one these fifty-year fans forged through love and loss. I didn’t mind being the odd man out at the Orpheum, because it only inspired me to build this kind of relationship with young artists that at times seem unreal. There are great musicians out there who not only wish to take the torch from bands like Little Feat, but are trying to play honest, unpretentious, humble music, the kind that makes me proud to believe in music as an absolute good.

May the music of Paul Barrere and Little Feat Live on forever, and may we learn from their example of what it means to make music. 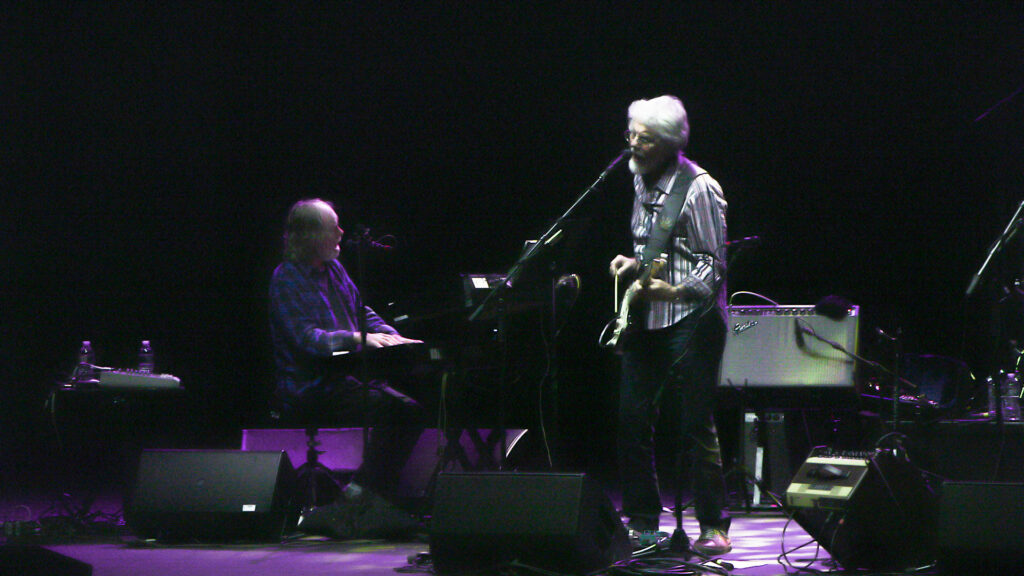 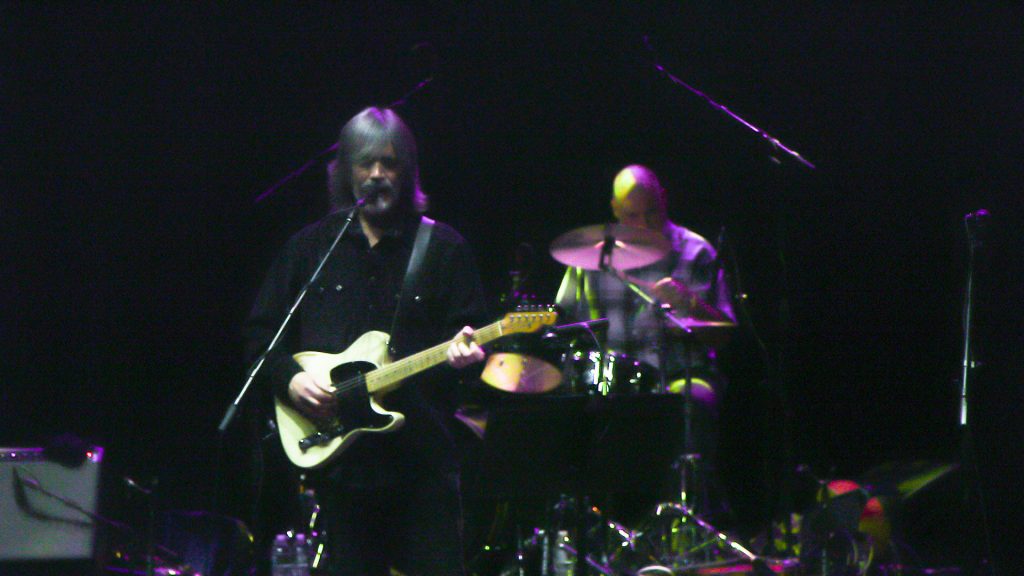 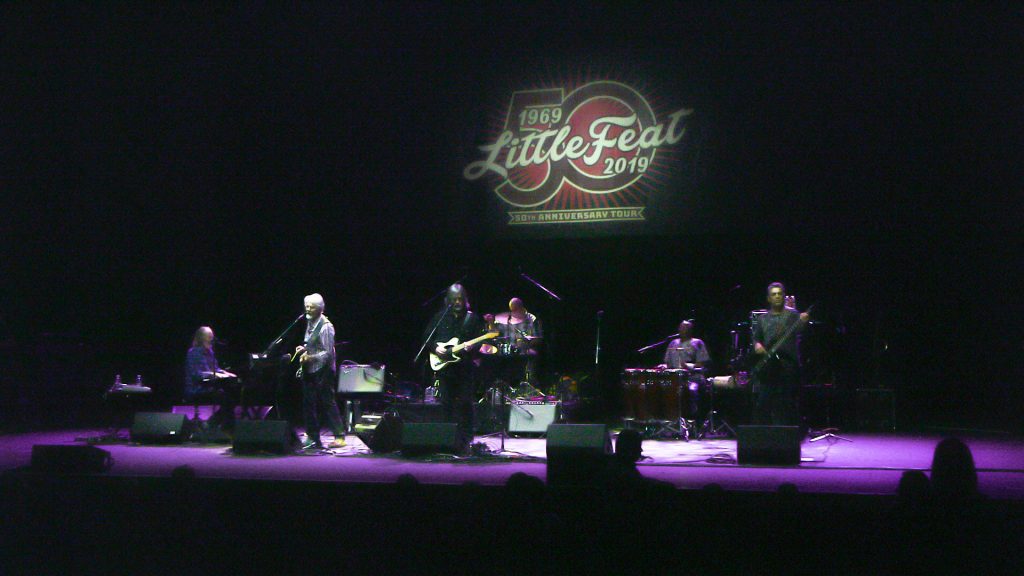 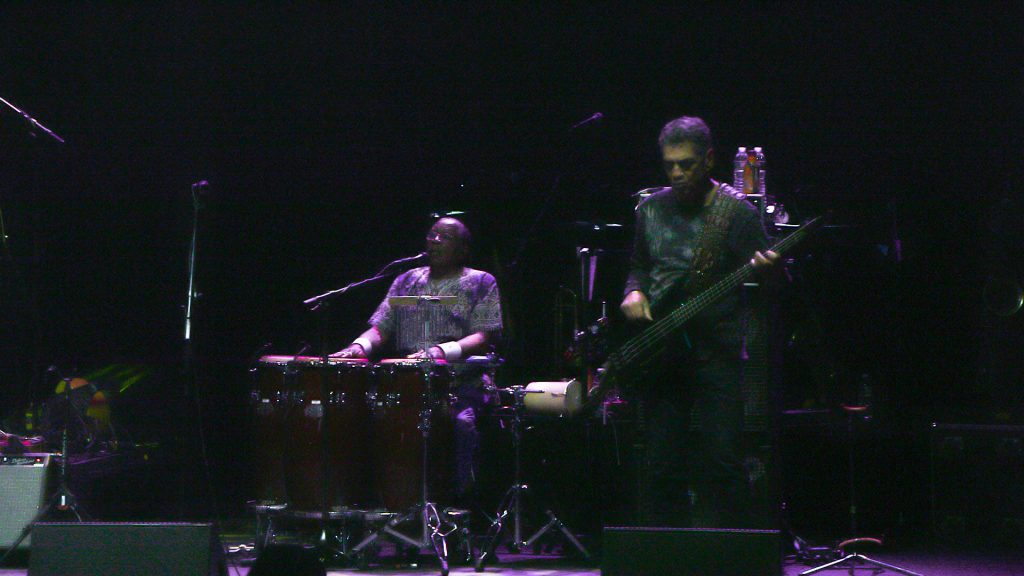 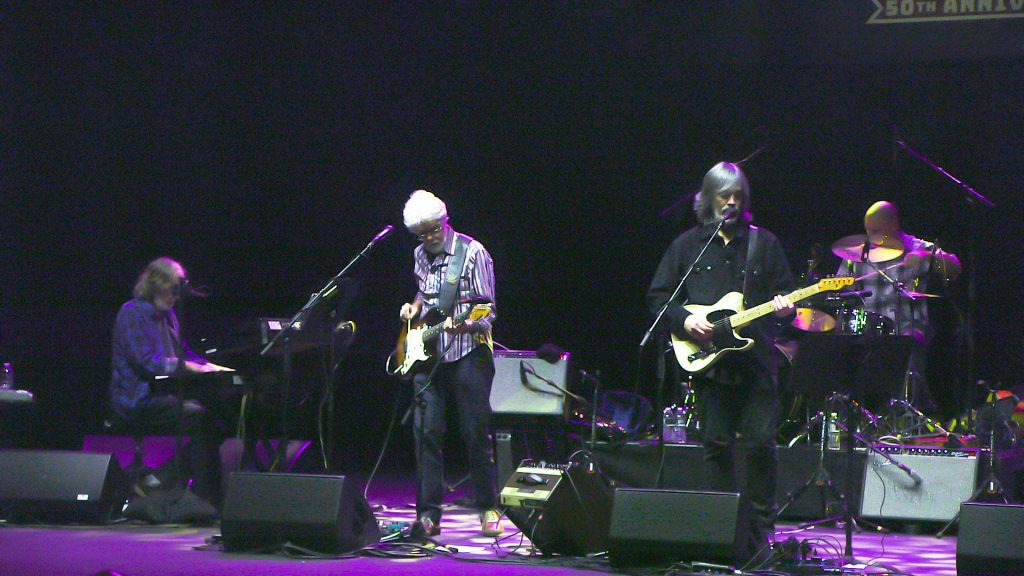 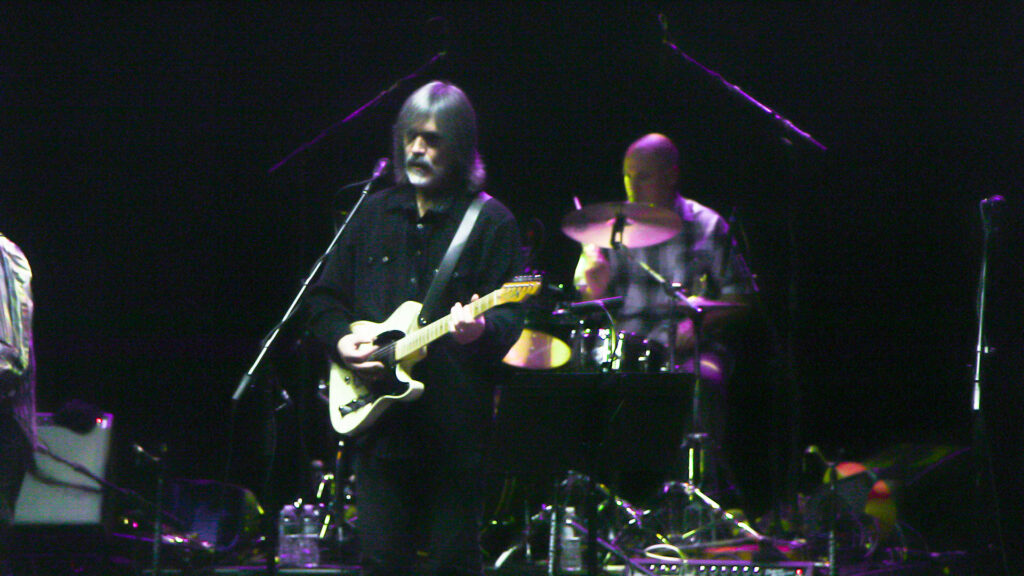 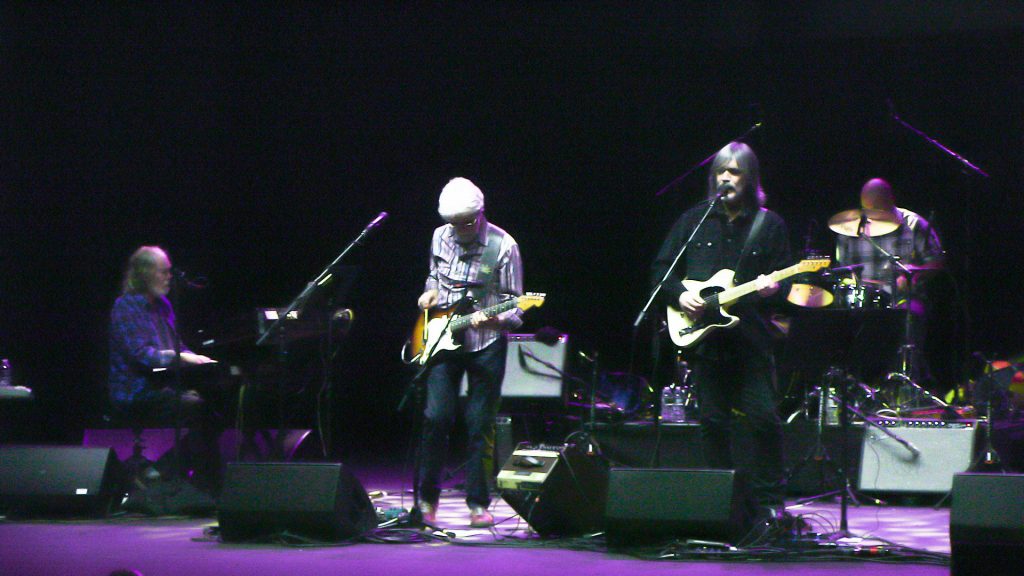