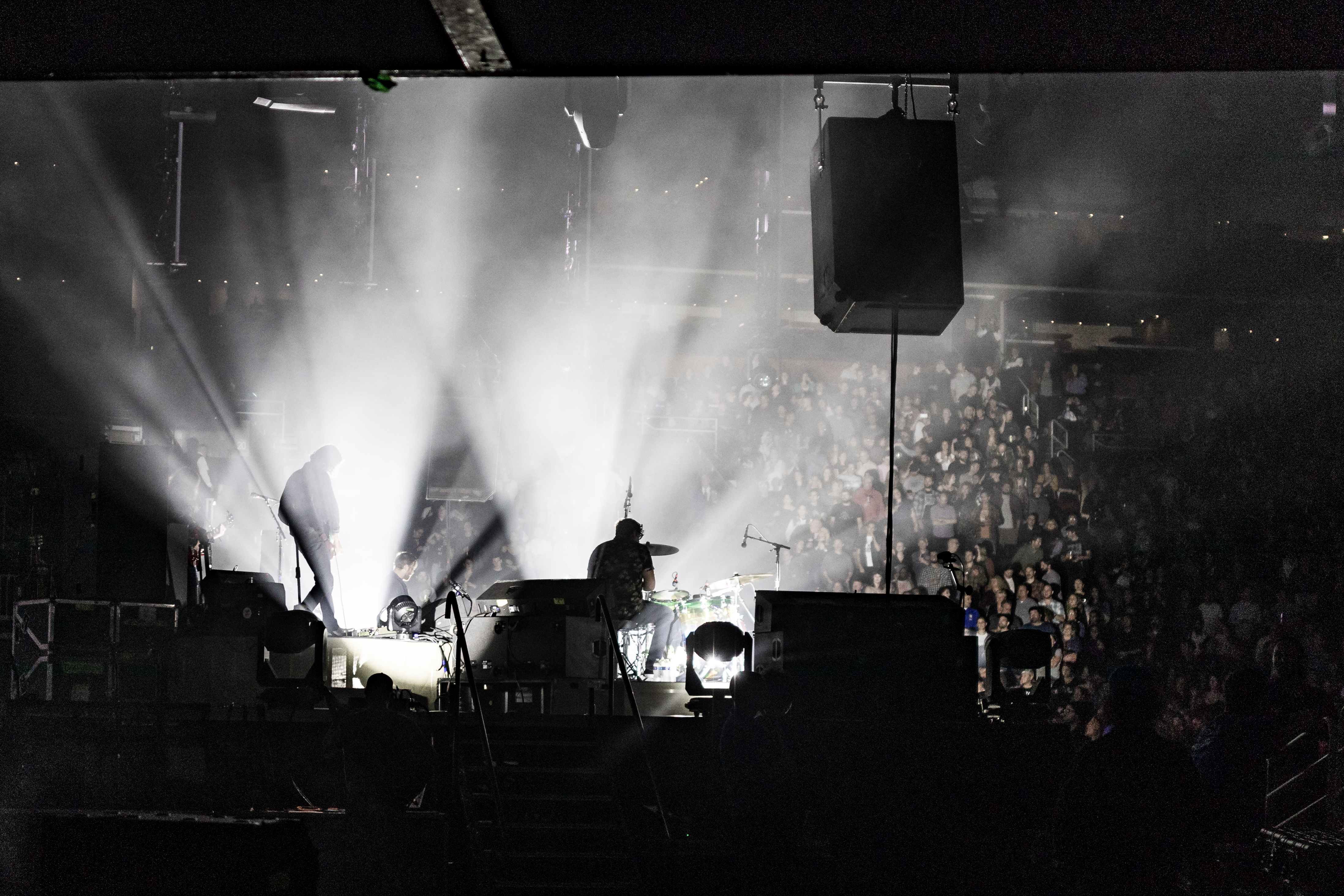 The Modest Mouse/Black Keys tour has a simple message for audiences: “Let’s Rock.” The two alternative rock powerhouses brought an energy and dynamism to the night of October 11th at TD Garden to promote the Keys’s eponymous album.

With Modest Mouse’s last full-length studio album, Strangers to Ourselves, almost five years behind them, their opening set consisted mostly of tracks from their latest and 2004’s hit Good News for People Who Love Bad News. From the get-go, they weren’t concerned with easing the audience into their set. Guitarist and lead vocalist Isaac Brock shot straight into “Tiny City Made of Ashes” at exactly 8PM, with mumbled lyrics and an immediate energy. Brock, clad in a large and cumbersome raincoat, commanded attention against a seven person backing band. His vocals were mumbled yet aggressive, blown out just enough to incoherence.

“I’m not a gambling man,” Brock said, after the first song ended, “but I made a bet with myself- bet I can’t play the entire show in a rain jacket.” He promptly removed his jacket and threw it behind himself, before roaring into “Bury Me With It.”

Brock’s vocals are raw and almost sinister live, and when washed in red and blue lighting, transformed TD Garden from a traditional stadium performance to something more in line with a basement show. Despite their success as alternative rock darlings, their live sound is heavy and, at multiple points during their set, was plagued by technical issues which required a sound tech to run onto stage. There was little banter between the band and the crowd, and it took until the fourth song of radio-friendly hit “Dashboard” to get people up from their seats.

Most impressive was their performance of “This Devil’s Workday,” which was introduced with discordant horns and featured Brock on electric banjo. His movements were erratic and felt well paired with the red and white strobes that at points felt blinding.

After they wrapped up “A Different City,” Brock waved goodbye and thanked the crowd. By 9:30, the Black Keys duo of guitarist Dan Auerbach and drummer Patrick Carney, backed by three other guitarists, had taken center stage.

While Modest Mouse captured the crowd with their fast-and-loose playing and brutal volume, the Black Keys matched them in beautiful technicality and an obvious mastery of their craft. Their Ohio humility and charm was also on display the entire performance.

First opening to 2008’s “I Got Mine” under the glow of their name in retro lights, their energy got the entire stadium up on their feet. Auerbach and Carney seemed to feed into each other, their bond apparent on stage. Projected on a white sheet behind them were Americana inspired visuals, the arid vastness of a Wild West, and, for “Eagle Birds,” the flashing of birds of prey.

Suddenly, the curtain dropped and revealed an industrial-inspired stage set-up, obviously influenced by their hometown of Akron, Ohio. It was a lovely homage to their Rust Belt origins and a clear step away from their pseudo-psychedelic departure on 2014’s Turn Blue.

“We’ll keep it moving right along,” Auerbach said, after “Gold on the Ceiling.” Just like the cars that flashed by on the projector, there was hardly a pause and they pressed on into “Fever.”

The visuals went perfectly with the idea that the Black Keys’s music is made for long road trips through America. Auerbach thanked the crowd at every short lull, giving the music the room it deserved to be appreciated.

“We’re going to take it back down to the basement- back down to the Ohio basements,” Auerbach remarked, before playing “10 A.M. Automatic” off of 2004’s Rubber Factory. It was a night with several deep cuts, such as 2003’s gritty “Thickfreakness” and 2006’s “Your Touch.”

Every song showcased Auerbach’s prowess as a guitarist, with almost every other song containing a solo and him swaggering between Carney’s drumkit and the amp set-up on the other end of the stage.

The three song encore left everyone electrified, literally- an inflatable electric chair, complete with the reverberations of static, introduced their final act. The Black Keys seem to want everyone to know rock ‘n’ roll is still able to shock and inspire. 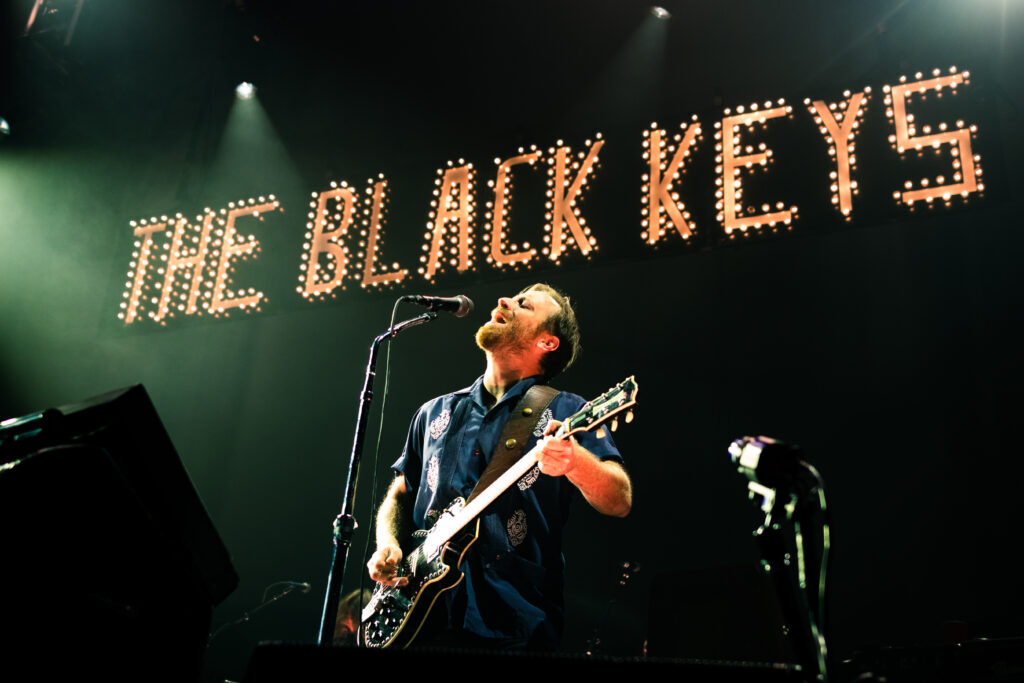 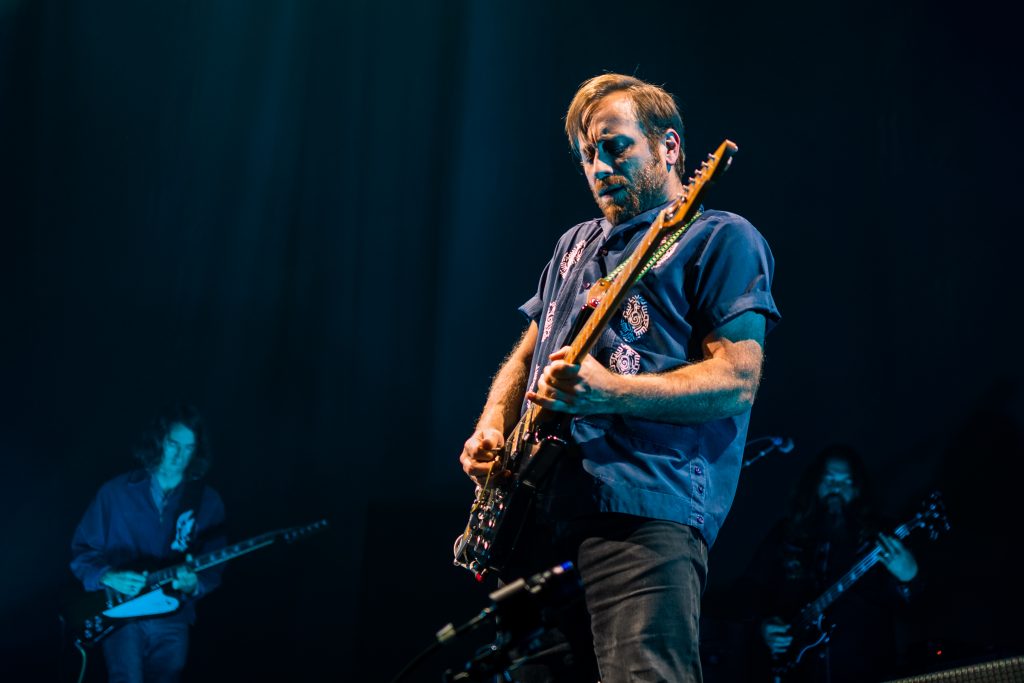 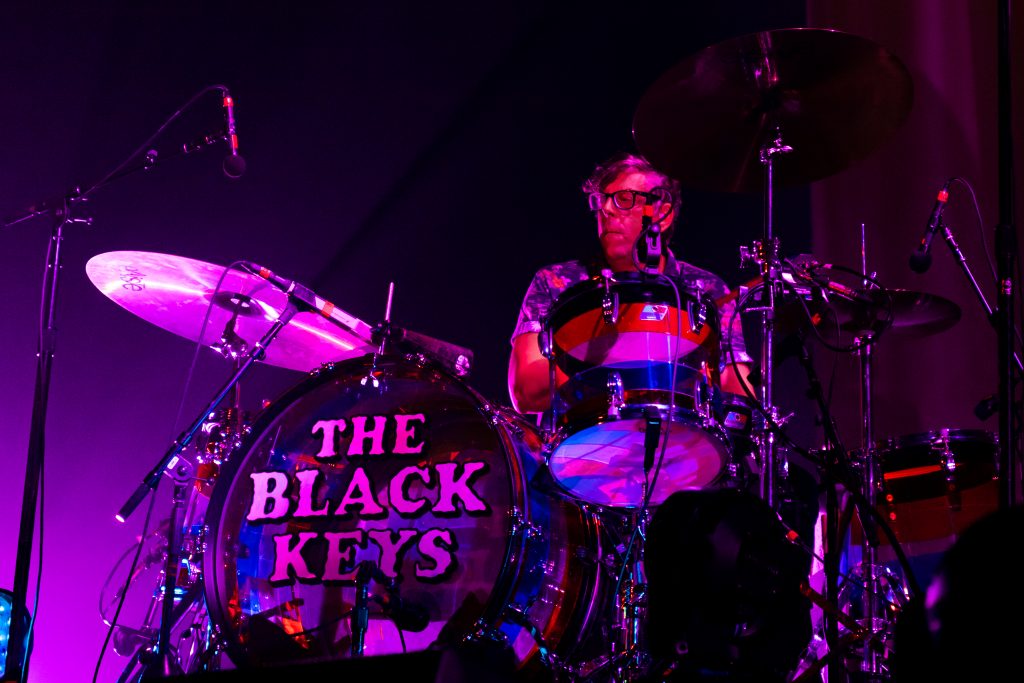 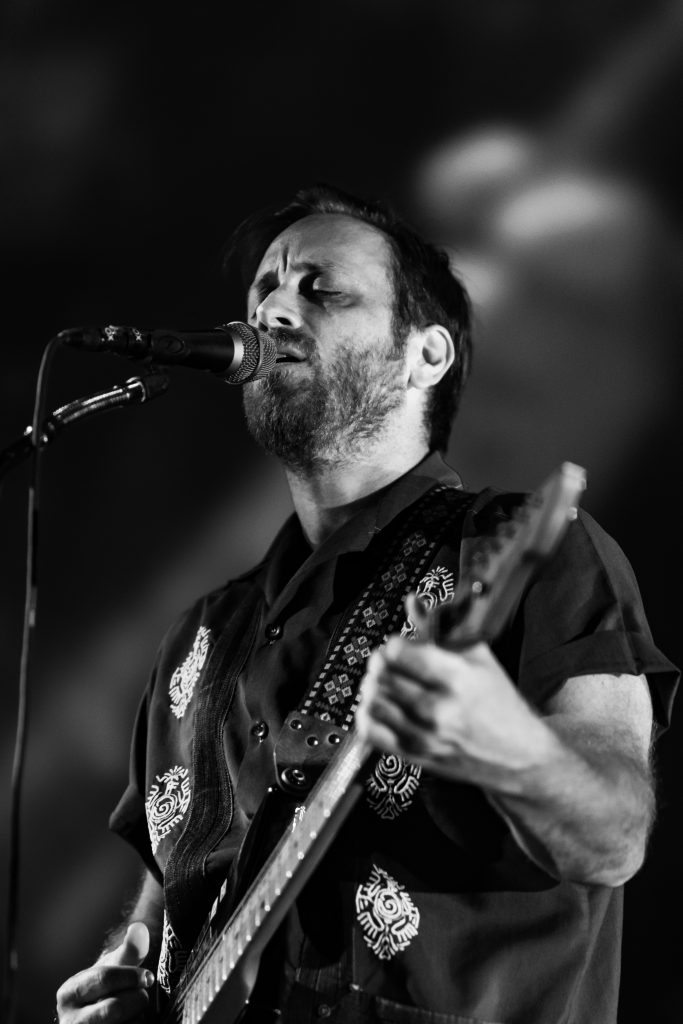 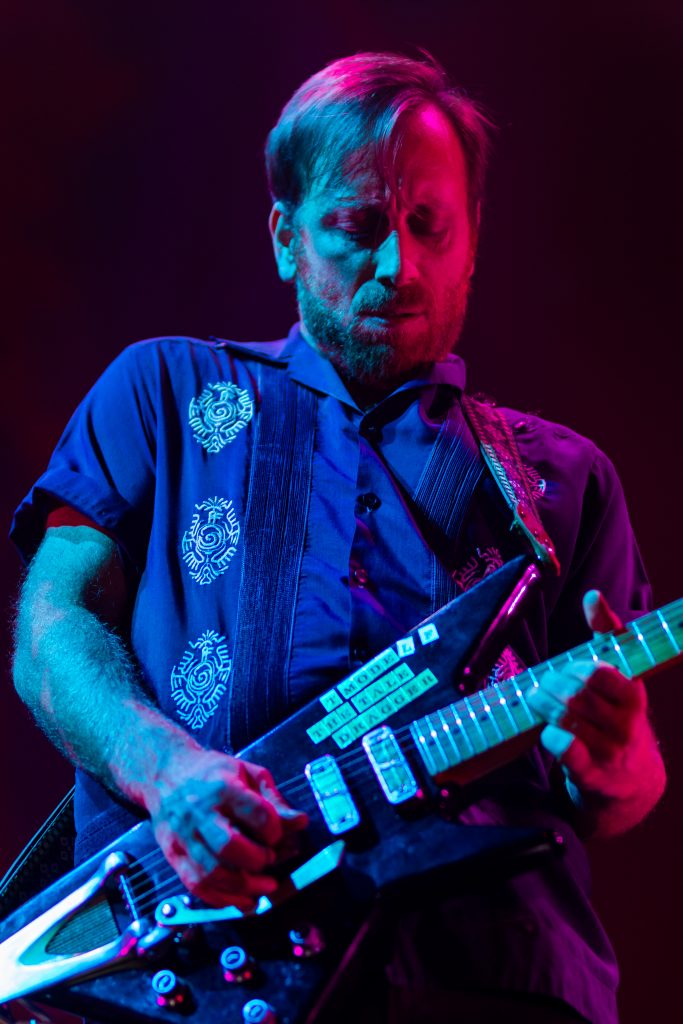 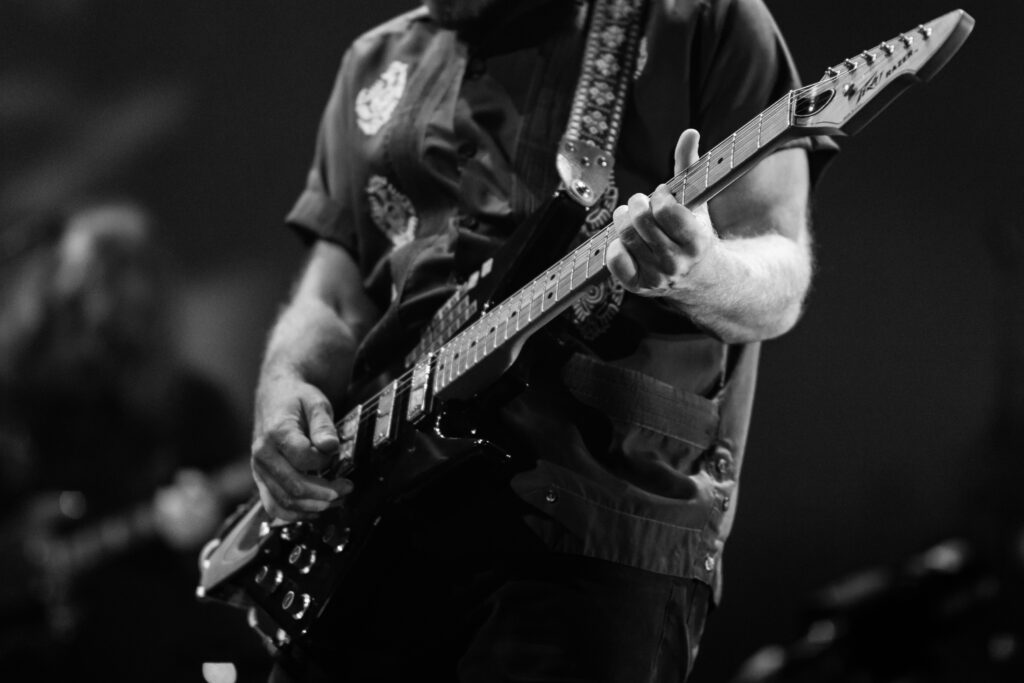 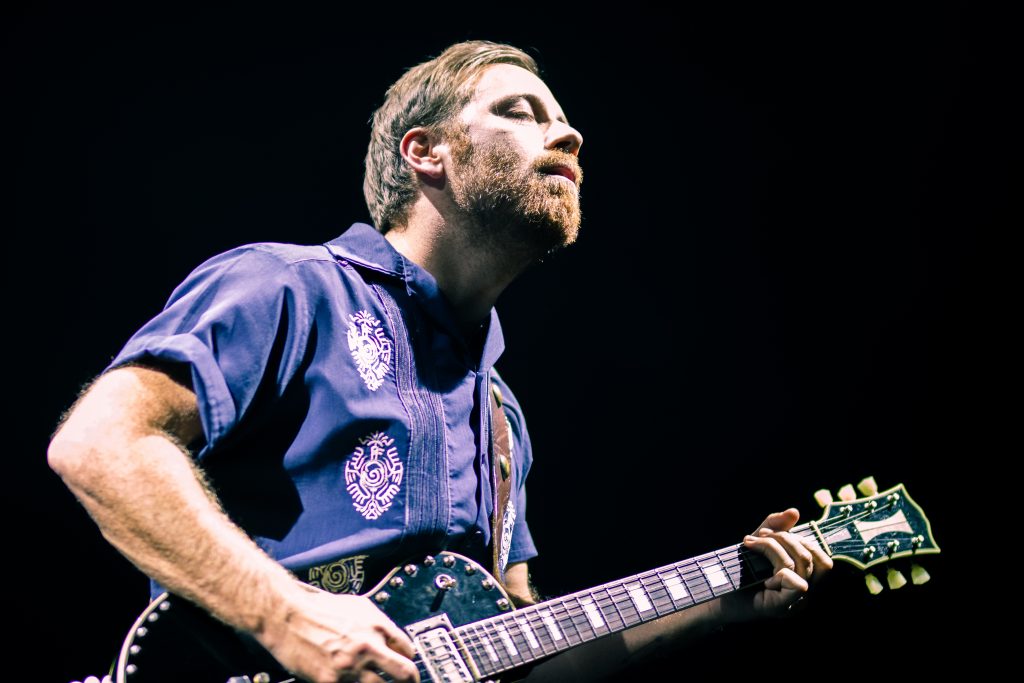 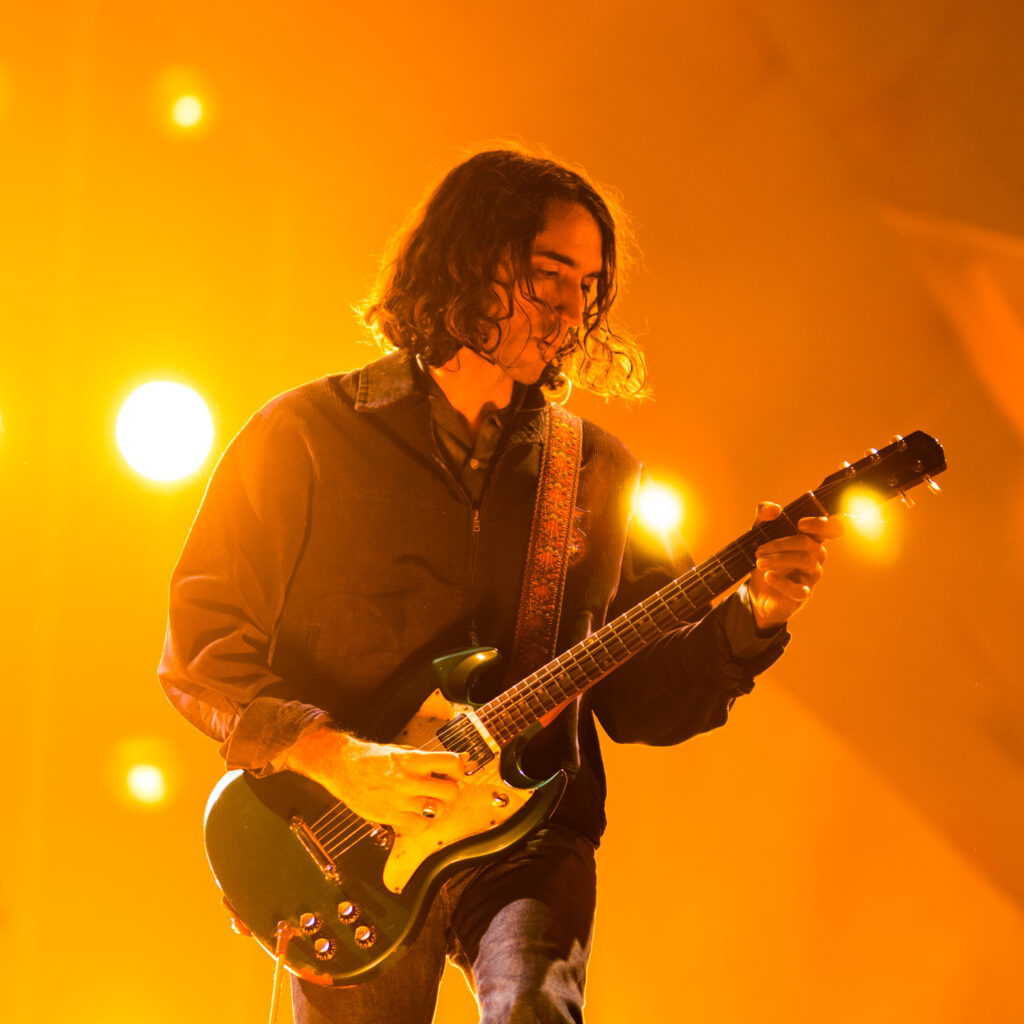 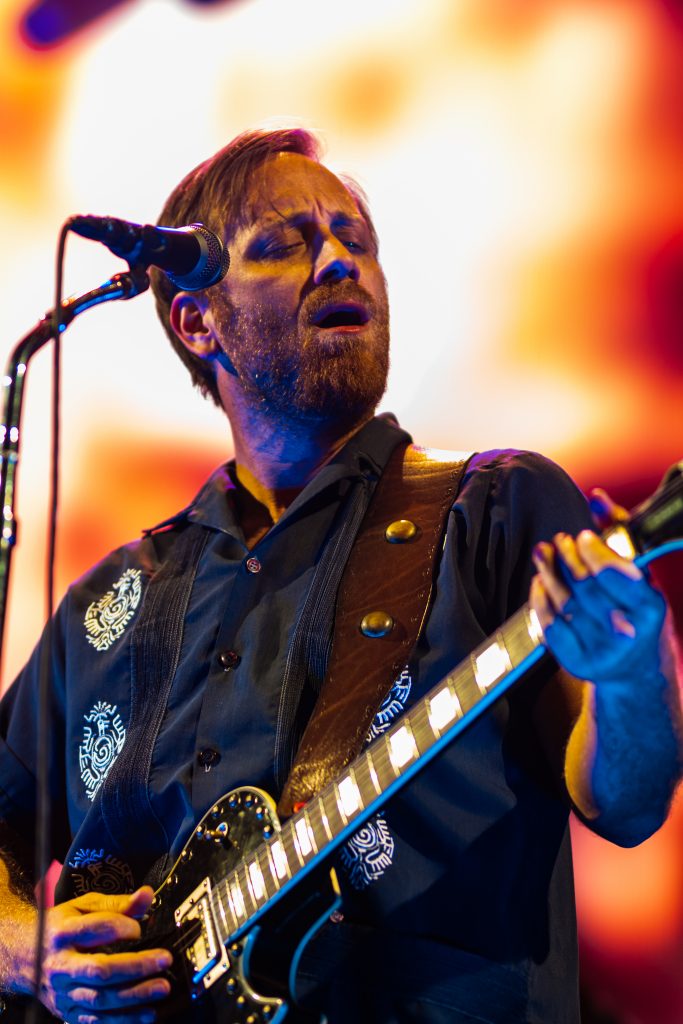 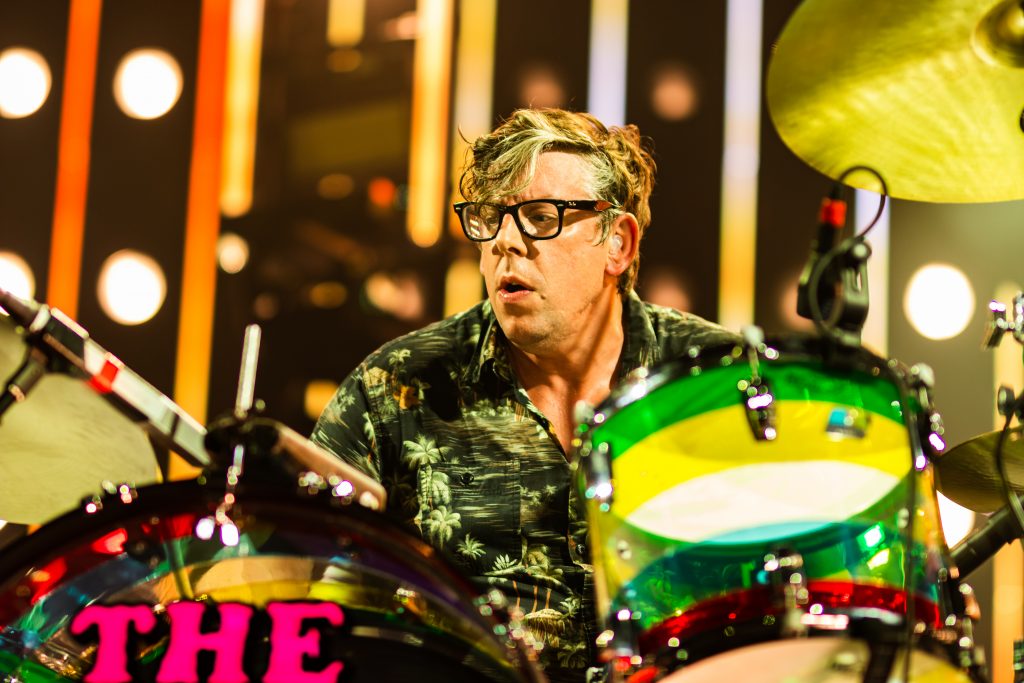 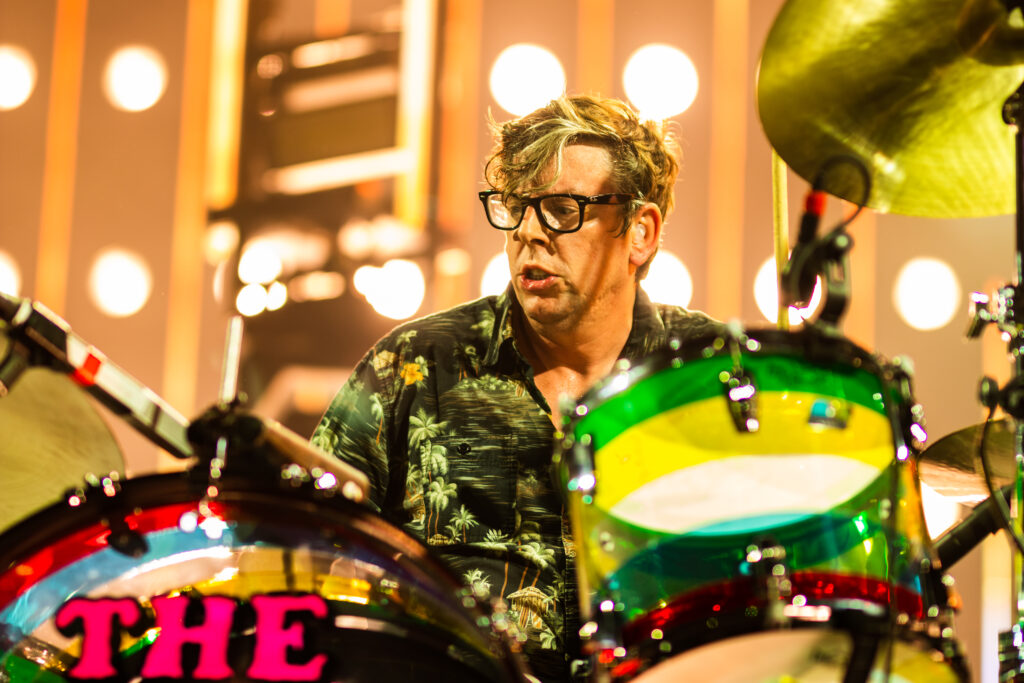 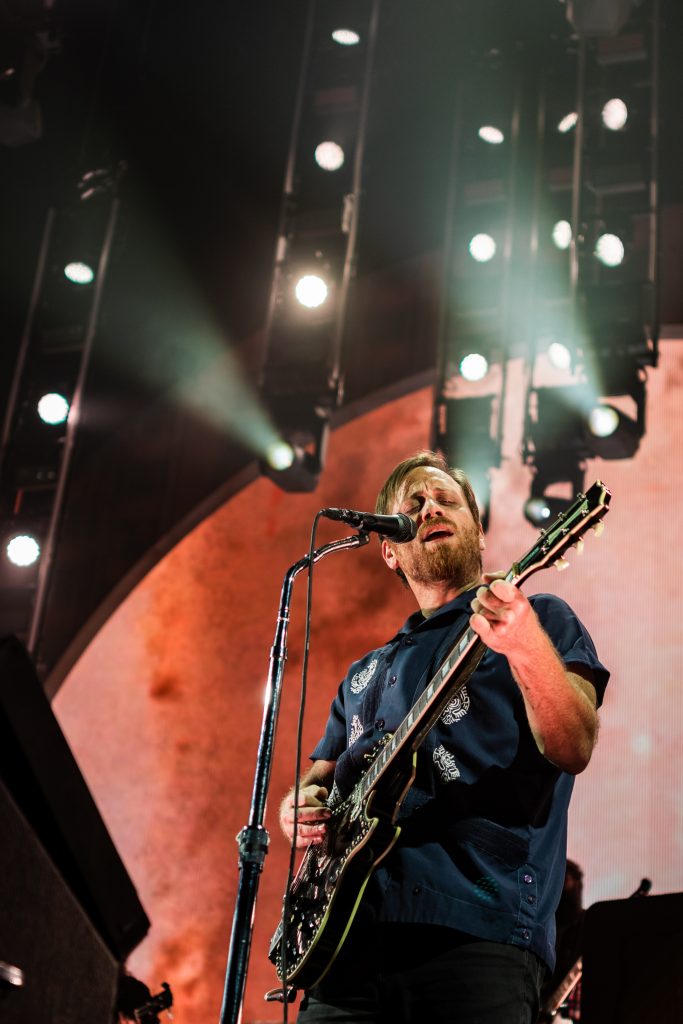 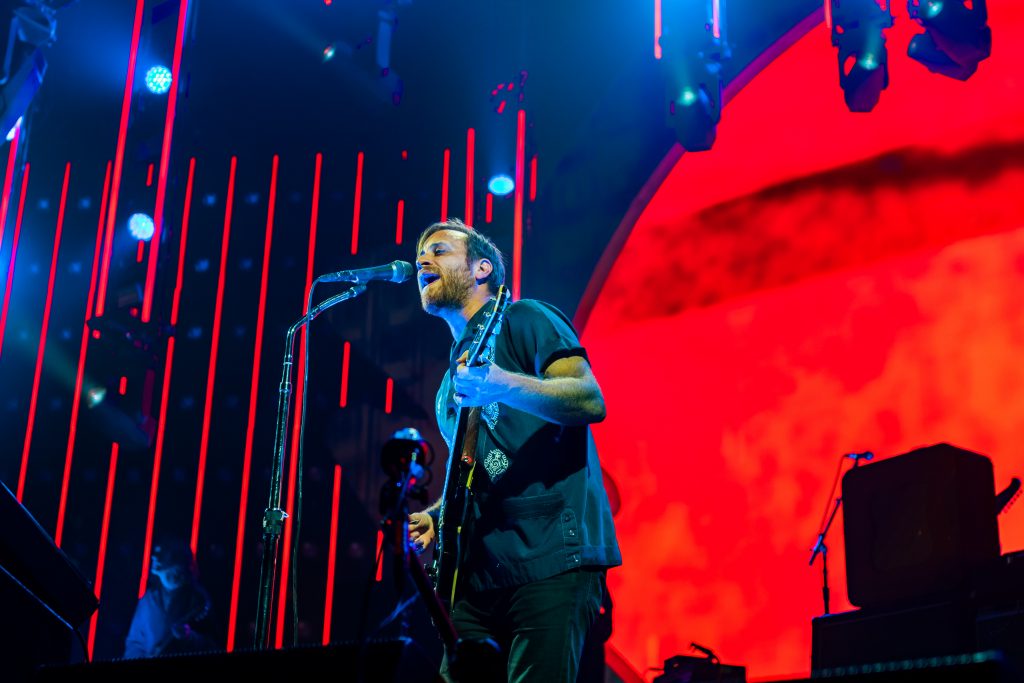 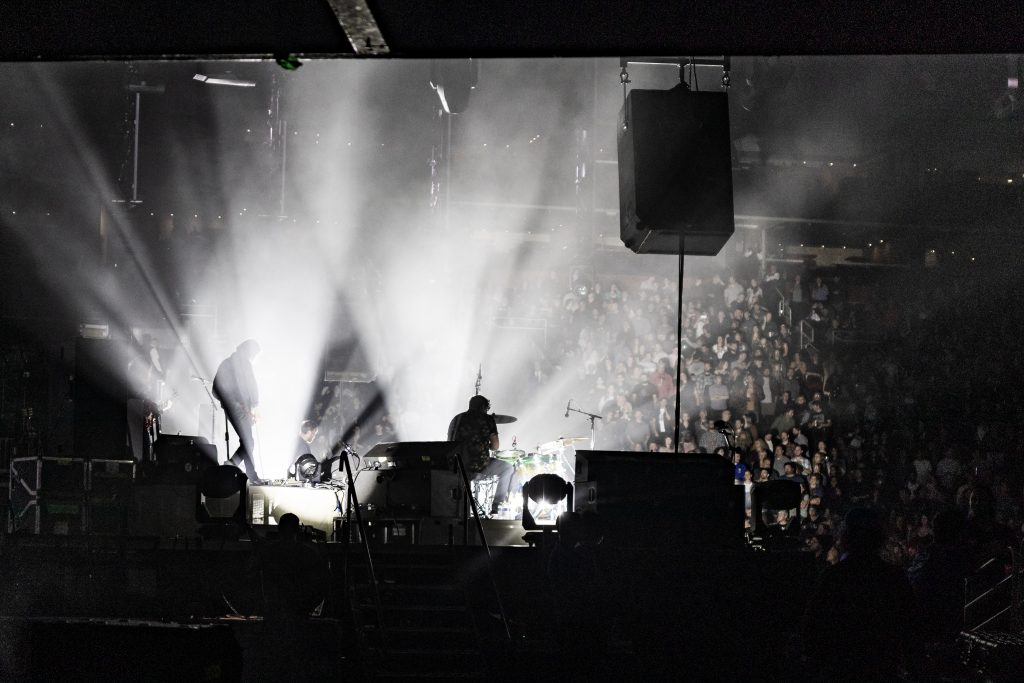