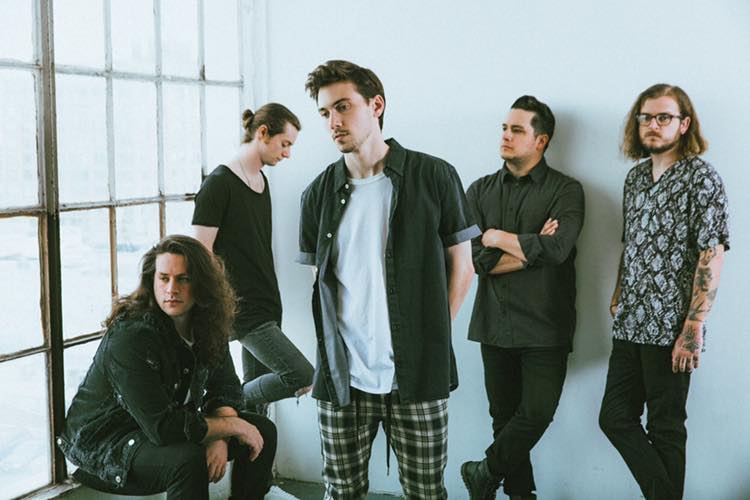 On Wednesday night at the Brighton Music Hall, six hours north of their home base in Philadelphia, up-and-coming pop-punk band Grayscale debuted their first headline show in Boston. The band brought with them three opening acts: Rich People, another Philadelphia band that is vaguely reminiscent of Greyscale’s origins, the more seasoned Bearings, and crowd favorite (of the openers) Belmont.

Grayscale was founded in 2011 in the suburbs of Philadelphia, where they spent their high school years listening to popular Philly punk bands like The Wonder Years and the Menzingers. The band’s older music certainly sees influence from the heavy punk melodies of both bands, as well as the harsh, raspy vocals that lead singer Collin Walsh tends to emulate. Grayscale began to grow in popularity after the release of their 2016 EP, What We’re Missing, and a tour spent opening for pop-punk legends All Time Low. Their success has only grown since I first started listening to the band on Spotify, back in 2016 before they had even 1,000 listens on most of their songs. For comparison, their current most popular song, Atlantic, now has over five million listens.

This tour celebrates the release of Grayscale’s sophomore full-length LP, Nella Vita, translated from Italian to “in life.” Preceded by their first two EPs entitled Change and What We’re Missing, as well as a first LP in Adornment, Nella Vita boasts a more complex sound than the straightforward heavy pop-punk feel of their previous work. The record’s leadoff track offers a bridge from Adornment to Nella Vita, relying on both the driving beat and heavy vocal feel of Adornment, while foreshadowing the lighter, dancier facet of this most recent album. Tracks “In Your Arms” and “YOUNG” deviate wildly from older releases, combining elements of synthy, 1975-esque pop with Collin Walsh’s punk vocals to create what I can only describe as second-generation pop-punk, several steps away from the redundancy and heaviness of traditional pop-punk. The result is a lighter, catchier record that demonstrates this band’s ability to evolve and mature with the scene, and their audience.

On Wednesday night, Nella Vita’s fresh sound induced an entirely new energy in the audience of Grayscale fans that flocked to Brighton for the show. For the first time since I started frequenting Grayscale’s shows (this was my fourth; what can I say, I’m a Philly girl), there was more dancing than there was moshing. Sure, the pit still opened up for throwback songs from Adornment like “Mum,” “Beautiful Things,” and “Atlantic,” but the majority of the crowd, for the majority of the time, was more focused on dancing, singing, and having a good time. A cleaner setlist provided a stark contrast from earlier shows where the band’s energy and instrumental heaviness seemed to settle over the crowd with the expectation of rowdiness and riot. Groovier songs such as “In Your Arms” encouraged the crowd to let go and get dance-y, while the slower middle-set sequence of “Old Friends” followed by “Forever Yours” gave the band a break, and stimulated deeper connections between this audience and the band’s art.

Even Grayscale’s musicians seemed to lean into the more relaxed atmosphere, with lead singer Walsh shedding his “go, go, go” attitude from previous shows to adopt a more casual rapport with the audience, telling anecdotes about the band’s experiences in Mass. and joking about the Eagles-Patriots rivalry that has bloomed in the last few years.

I’ll be interested to see however, if the band’s fan momentum continues building as they move farther away from their original sound and the tour traditions of the pop-punk genre — i.e. moshing, heavy sets with fewer slow songs, little to no dancing. While it seems that a lot of fans have massively enjoyed the new maturity that the band has brought to both their new album and this new headline tour, there’s a good deal of unrest in the scene right now regarding the direction in which the music is headed, and the overwhelming demands of the fans. As for me, I hope that the boys can continue to work to make their shows a space for fans to dance, hang out, connect with the artists, and sing along to some really fun new music.