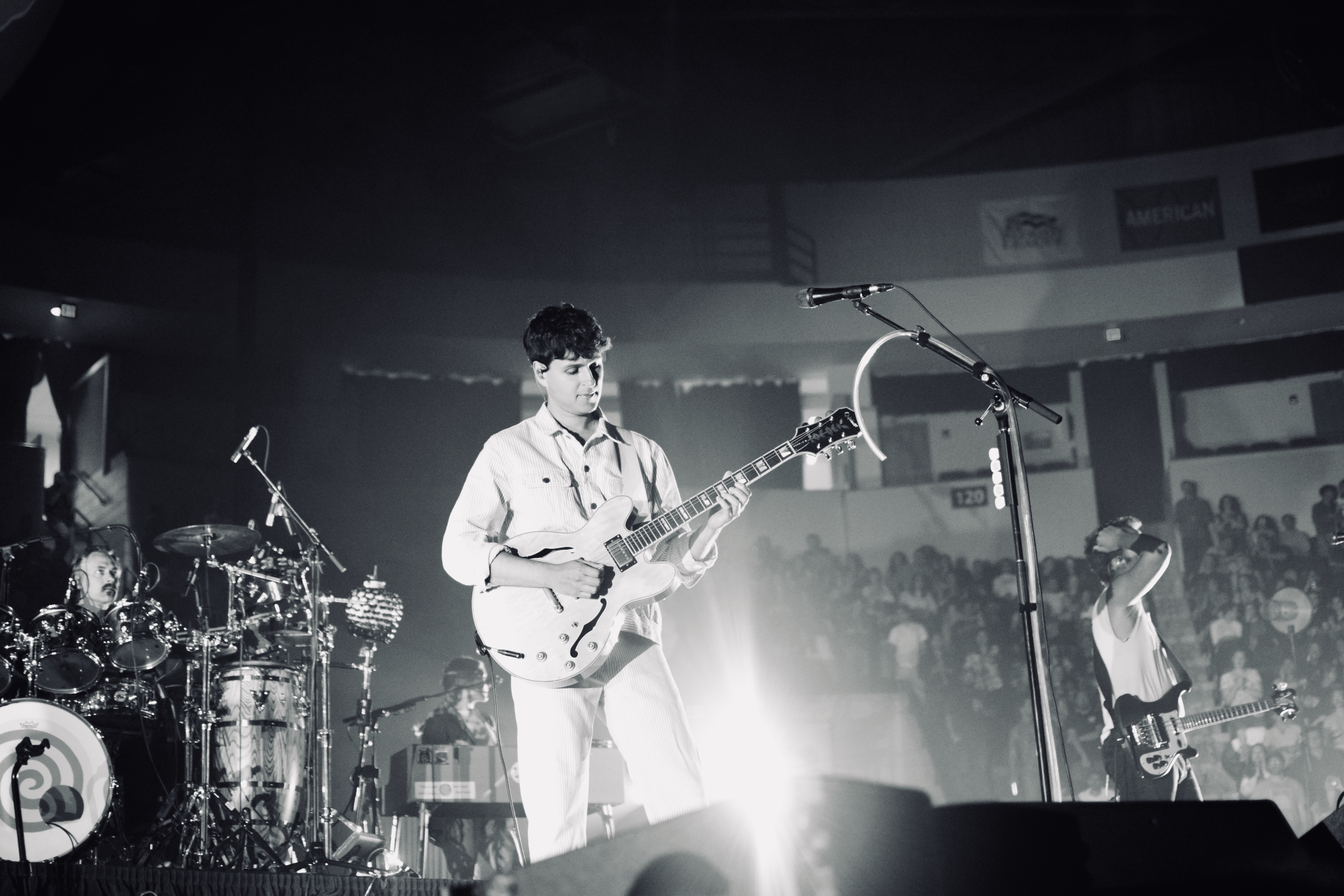 Back and bigger than ever: on Tuesday, September 3, longtime indie-rock kings Vampire Weekend made their return to Boston after six years, this time with a whole new cast of supporting musicians, an album chock full of adventurous styles, and a giant inflatable frog.

Father of the Bride dropped on May 3, 2019, almost exactly six years since the release of their third album Modern Vampires of the City. More than half of the songs feature new writers and producers, such as Mark Ronson and Hans Zimmer (yes, THAT iconic film composer). Similar to MVOTC, the new album has a strong narrative. Frontman Ezra Koenig continues his religious contemplation, but complicates it even further with thoughts of domestic commitments and devolving cities. On my own time, I have constructed a complex conspiracy theory that FOTB tells a tale of empowerment against the rise of Neo-Nazism while simultaneously reflecting on the moral injustices the Allies committed during WWII from the Eastern European perspective. But that’s an argument for another show review.

The opener for the night was Christone “Kingfish” Ingram, a 20-year-old blues singer from Mississippi. He was supported by two touring musicians, the bassist being far more fashionable than anyone else who performed that night (see: red plastic shades and tiger-stripe shirt). Ingram was easily one of the most talented guitarists I’ve ever heard. His soulful voice filled the entire arena with seemingly no effort.

When Vampire Weekend took the stage, the anticipation was palpable. They opted for more fan-favorites than new tracks, opening with “Ladies of Cambridge” (chorus: “I’ve had dreams of Boston all of my life”) and finishing with “Walcott” (chorus: “Don’t you want to get out of Cape Cod / out of Cape Cod tonight”). The crowd was a sea of bucket hats and custom tie dye shirts. Koenig wore what could easily have been misinterpreted as a white striped pajama set.

Agganis Arena was the perfect venue for the concert’s special elements. During “Big Blue,” massive orange/green/blue flags unfurled from the ceiling, displaying graphics that have come to be associated with FOTB, like hands and animals. Giant globes bounced around the floor audience. And that aforementioned massive inflatable frog stood proudly for all to take photos with, yet another symbol of their earthy, near-hippie rebranding.

The focus of this tour has been catering to the desires of the fans. Nearly every show has a city-specific t-shirt for sale and a customized setlist with space for two to four requests. They even allow deep cuts that go back to Koenig’s college rap band. When someone requested “Giving Up The Gun” from their sophomore album Contra, the band collectively agreed, “We didn’t plan on doing this one, but why not?” They promote the creation of bootleg merchandise, sharing their favorites on social media. Drummer Chris Tomson even paused to give my hand-embroidered spiral-snake bucket hat a thumbs up mid-“Sympathy.”

This Agganis Arena show was one for the books. The love and dedication amongst Vampire Weekend fans is incredible. I appreciated every second of that night, from my opportunity to photograph them up close to standing in the center of the crowd shouting every word to “A- Punk” as enthusiastically as we all did back in 2008. 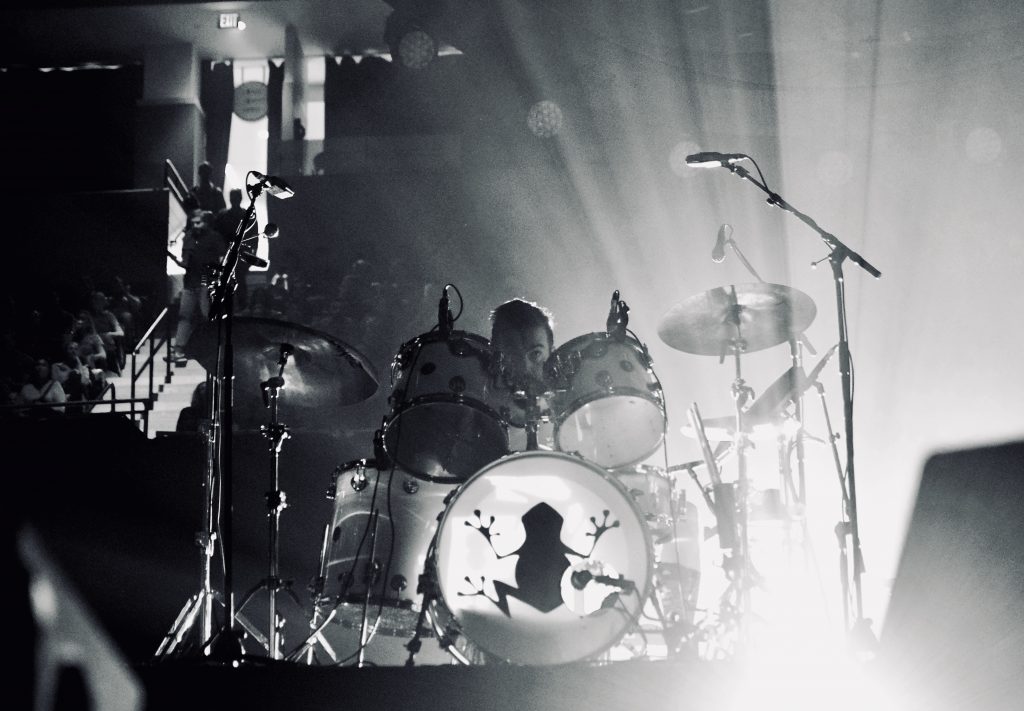 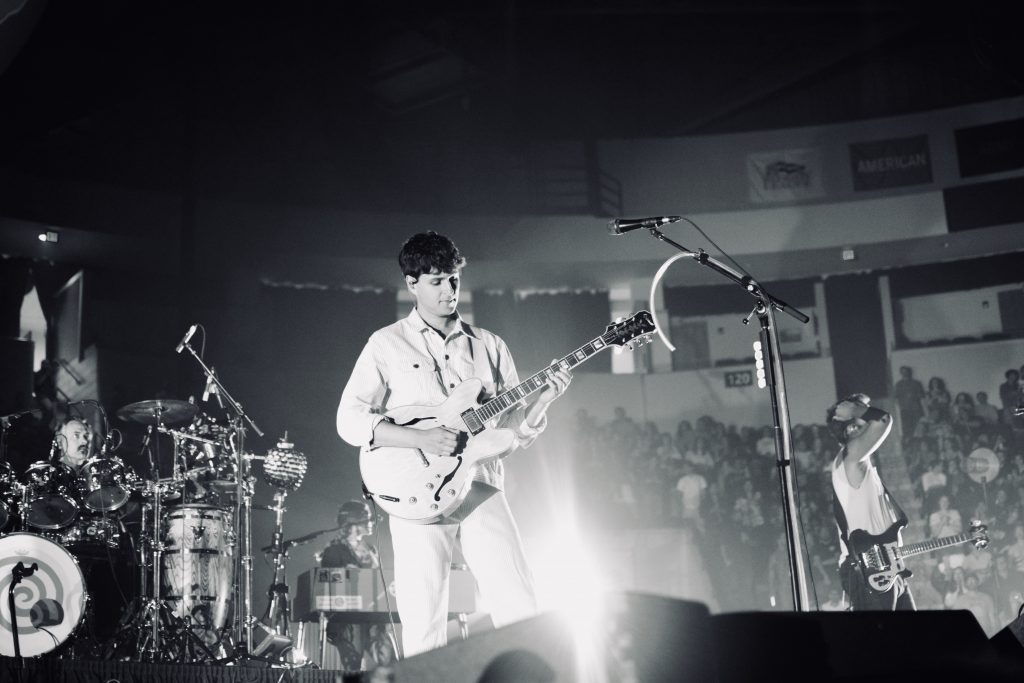 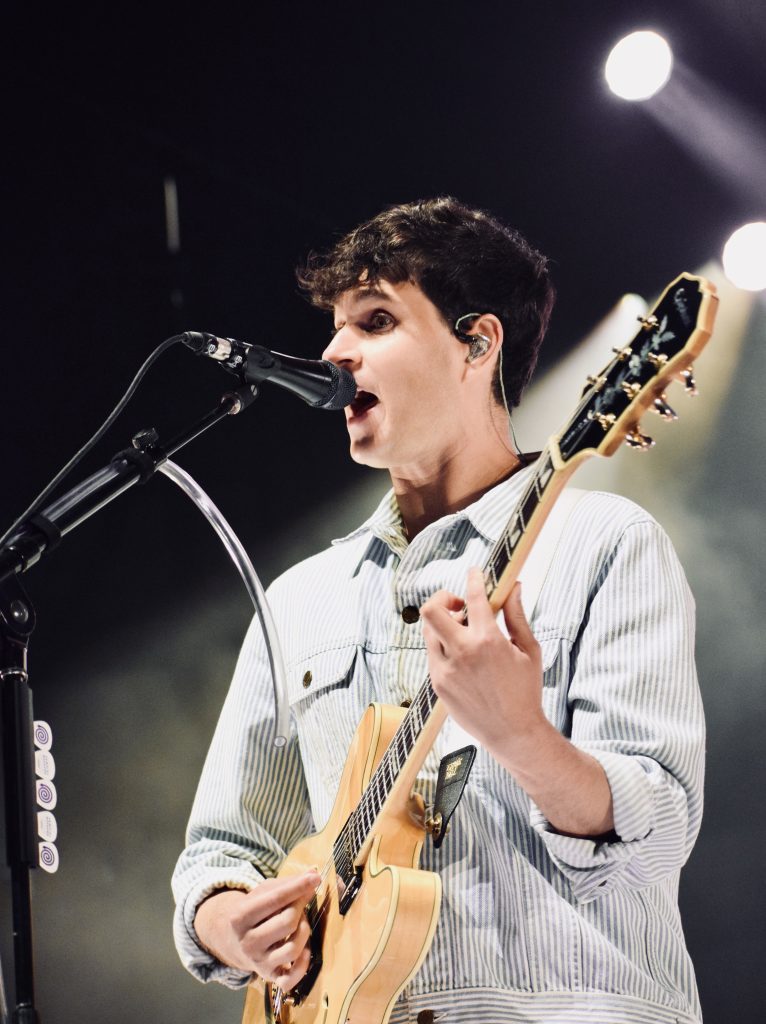 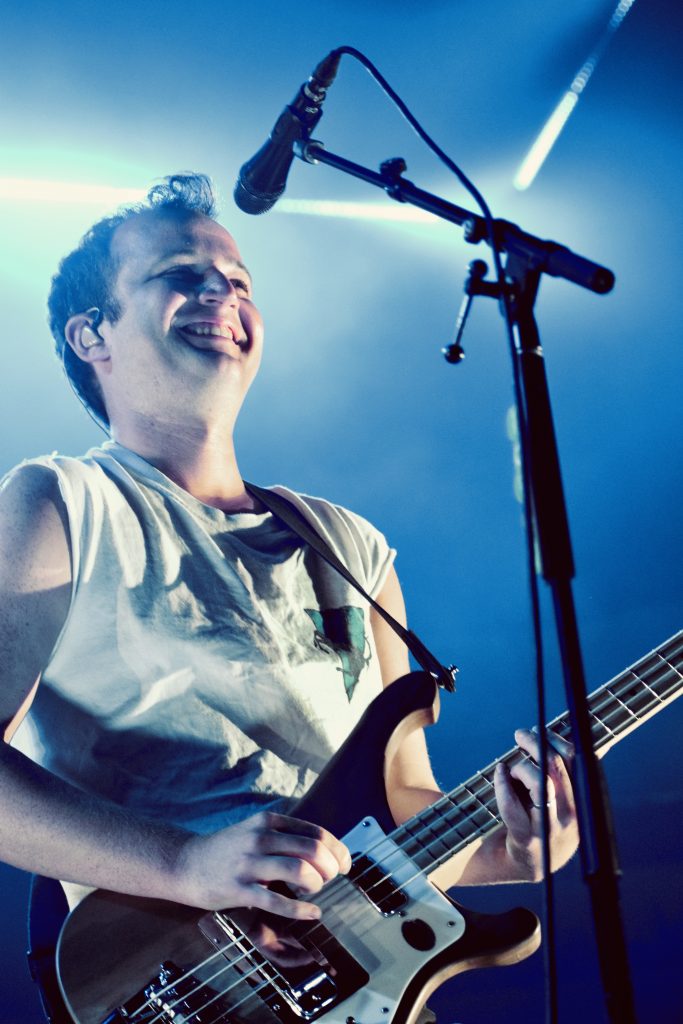