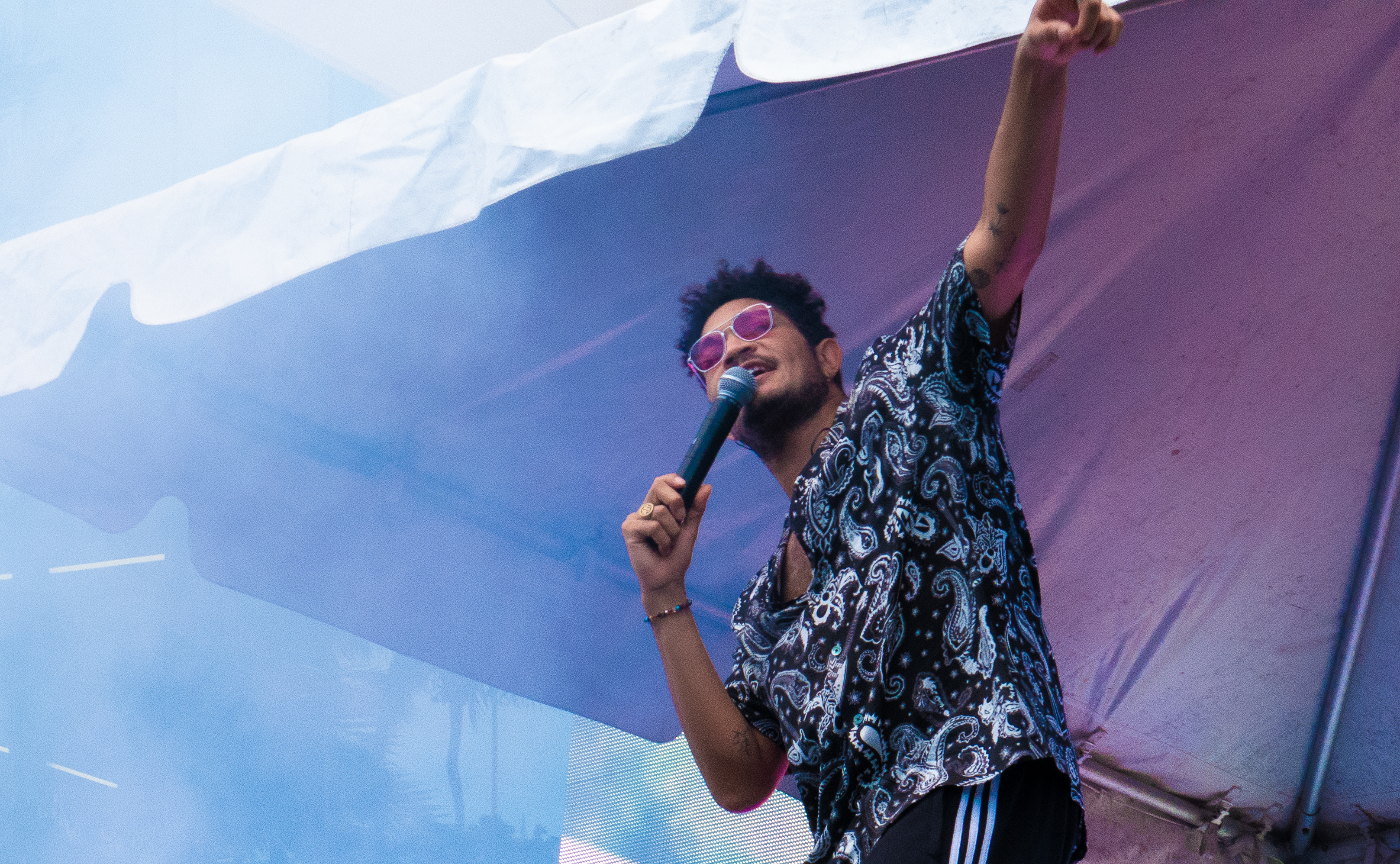 What do you get when you combine Bikinis, Bacardi, and a great live performance?

This past Thursday, Y100 Miami collaborated with Bryce Vine and Loud Luxury to throw the pool party of the year at the legendary Fontainebleau Hotel in Miami Beach. The day kicked off at 2 pm with party on the Arkadia pool deck with specialty cocktails, a local DJ, and several oversized beachballs.

The event was the full “Miami Experience.” Between the palm trees, gorgeous Latin women in neon bikinis splashed in the water while men gilded in gold chains and Rolexes bobbed their heads to rap music. In the background, hotel staff catered to their every need and handed out tons of promotional swag. Under the hot Miami sun, this scene looked more like mirage than an end of summer pool party.

From a private pool side cabana, Bryce Vine interviewed with Elvis Duran and opened up about his first studio album Carnival, as well as his path to success. In the last year, Vine has experienced and explosion of popularity since he dropped the -now platinum- single Drew Barrymore. Despite the positive response to Drew Barrymore, and later to Carnival, he is still adjusting to the fame. “We just did a whole sold out tour, but every day I was like I hope people show up” he remarked. The down to Earth artist channeled this feeling on the album’s second track, La La Land. In the song, Vine uses chill lyrics and heavy trap beats to make fun of the expensive Los Angeles lifestyle that he is now a part of.

Later, Loud Luxury joined in on the interview to talk about their new collaborative track with Bryce Vine, called I’m not alright. The Canadian dance pop duo recalled how much they liked working with Vine on the track in the studio and the importance hitting that fun summer vibe with this new song. They ended by sharing the story of what it was like to perform I’m not Alright together in front of thousands at Lollapalooza.

At around 5pm the crowd moved to the lawn behind the hotel where a stage, inflatable couches, and yet another full bar was waiting for there for them. After a few introductions from Y100’s DJs, Bryce Vine got on stage first. His happy attitude came across as he sang Classic and Perfect wearing a charismatic smile on his face. When the crowd started singing along his grin got wider, and he pointed the microphone at the fans, making them even louder. Their enthusiasm turned a chill solo into a raucous jam session. The high energy propelled Vine into On the Ball, an upbeat beach-y song all about being on top of your game and having a great time. The crowd clapped along with the quick guitar licks. Even the Palm trees swayed in the wind as if they couldn’t help but dance to the catchy song. As he sang the second chorus, of the song smoke machines shot off in time with the music and confetti covered the crowd.

After doing a couple more songs off of his new album, Bryce Vine finally played Drew Barrymore. It only took two chords for the crowd to recognize the song, and when they realized what it was, they went crazy. When Vine got to the chorus, he turned down the instrumentals and let the fans belt out the words acapella. The set ended with the song that started his career, Sour Patch Kids. More confetti canons went off as a band member named Lucky Dave, played the trumpet solo that served as the iconic hook of the song. Throughout the entire song, Vine was smiling and extending his happy vibes to the audience, making it easy to see why his fans love him so much.

After a short break, Loud Luxury got onstage to cheering so loud, that it seemed to reverberate off of the high-rises that lined the beach. They started with a remix of Body, the song that put them on the map. The song is currently at 555 million streams on Spotify, so it was easy to understand why fans were so excited to hear it live. As Body played, Trippy videos of neon pink and blue tie-dye played on large screens behind the DJ booth. Making the performance feel like a futuristic version of Miami Vice. Joe De Pace hyped the crowd through the next few mixes in their set, while Andrew Fedyk kept the beats going from behind the DJ booth. At the end of their performance, they invited Bryce Vine back onstage to perform their new single Im Not Alright. When the beat dropped, the trio was dancing while confetti, smoke, and water cannons exploded at the audience. The song ended just as the sun dipped below the waves of the Atlantic Ocean. Putting a solid end to a great performance. 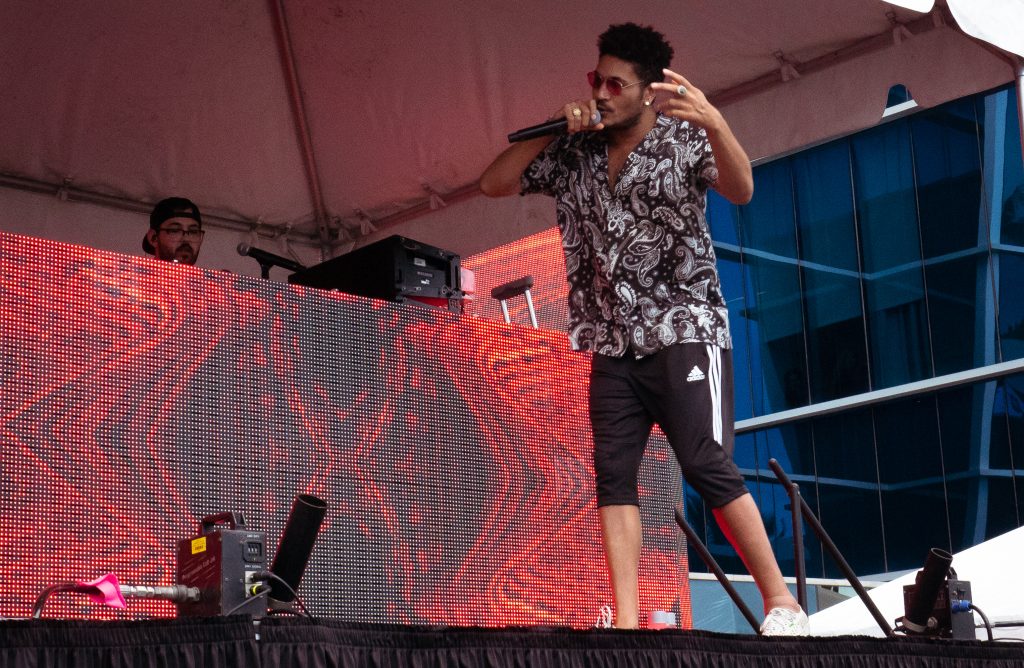 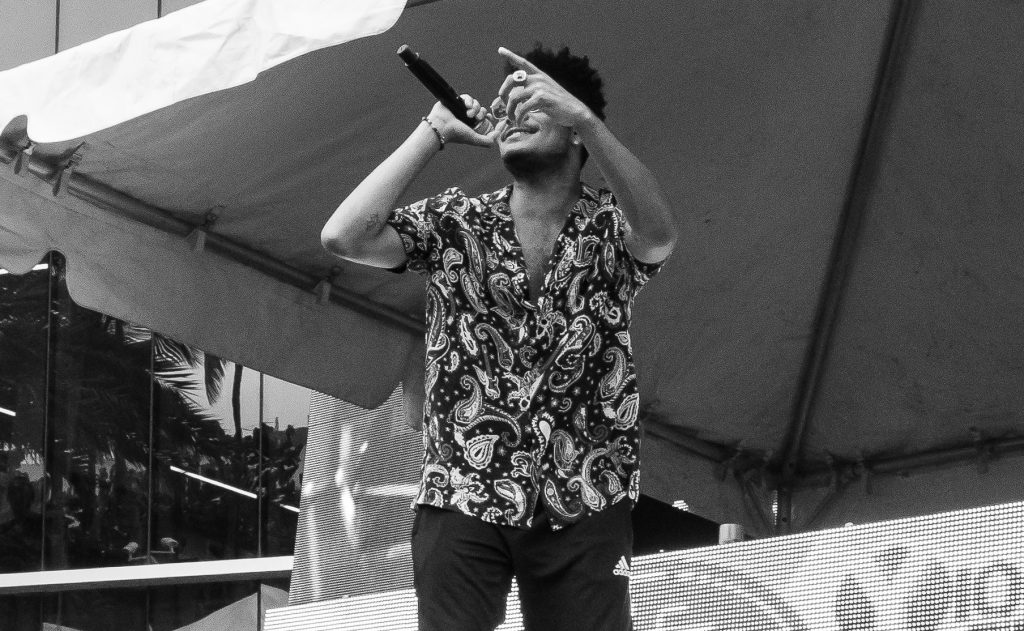 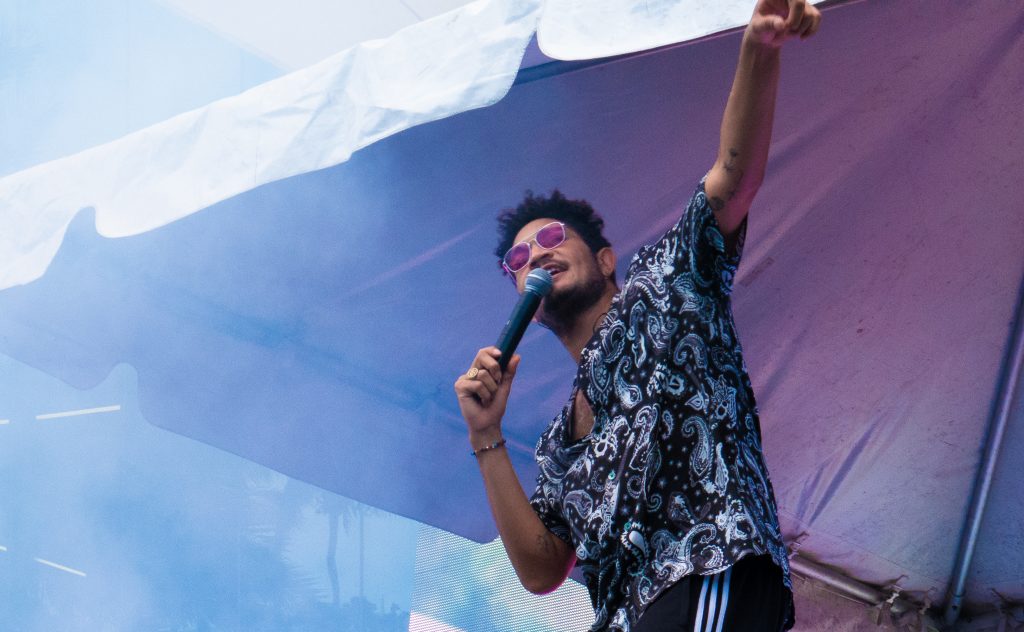 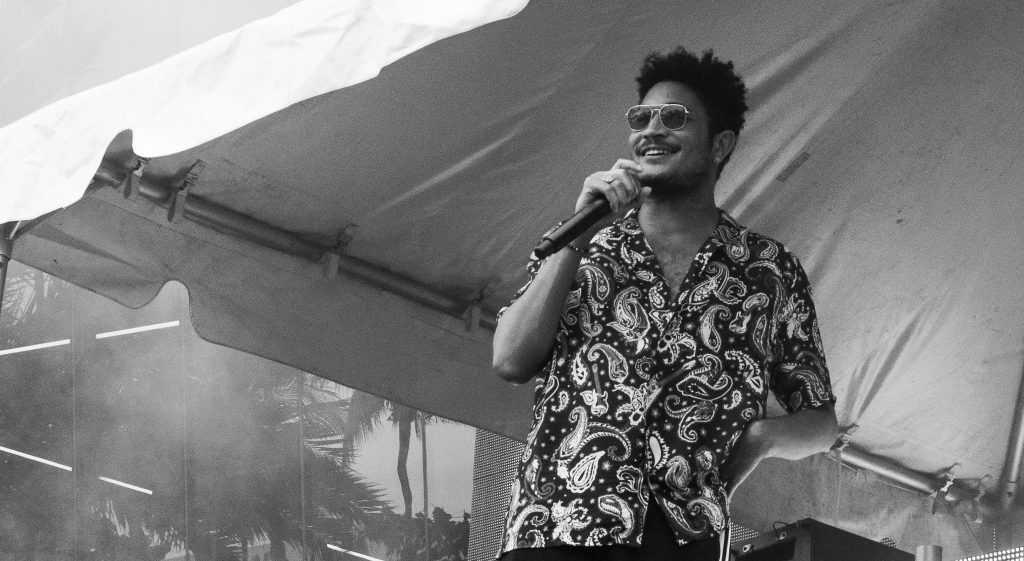 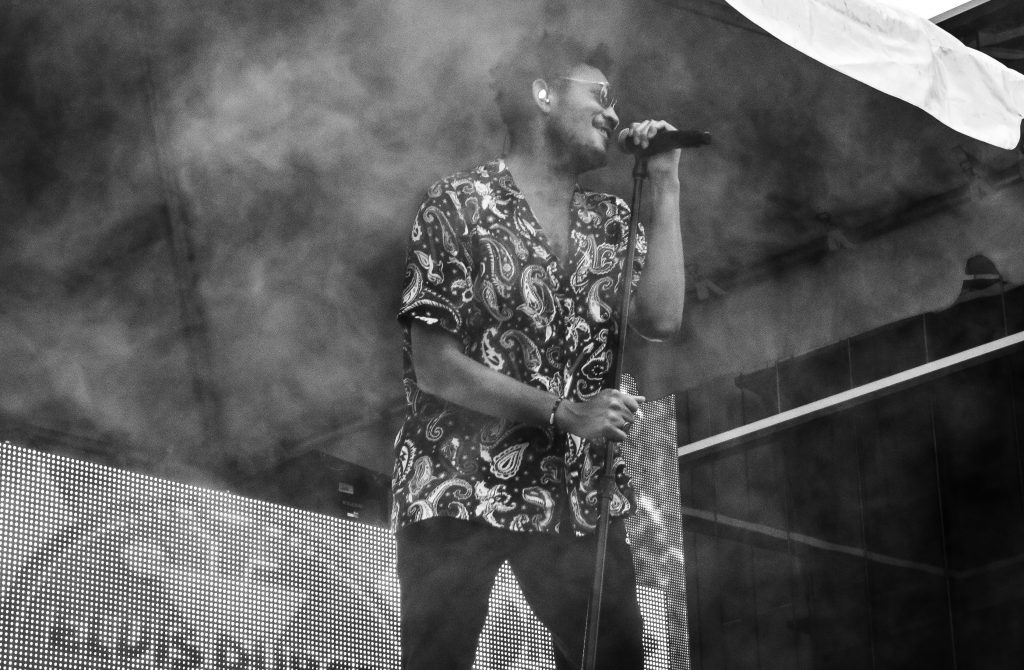 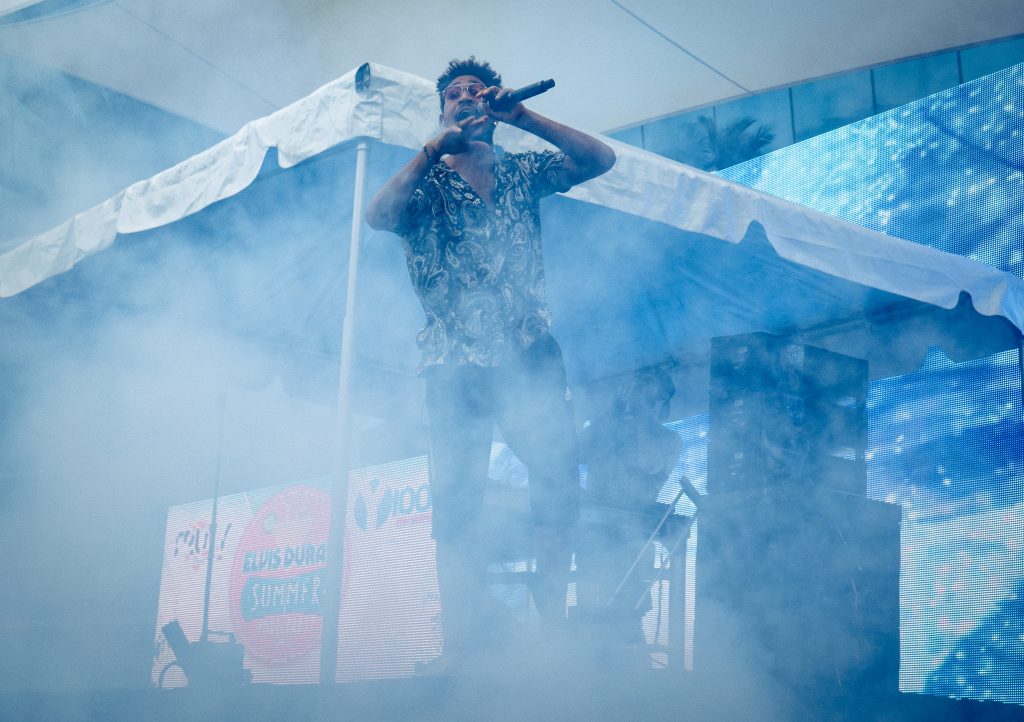 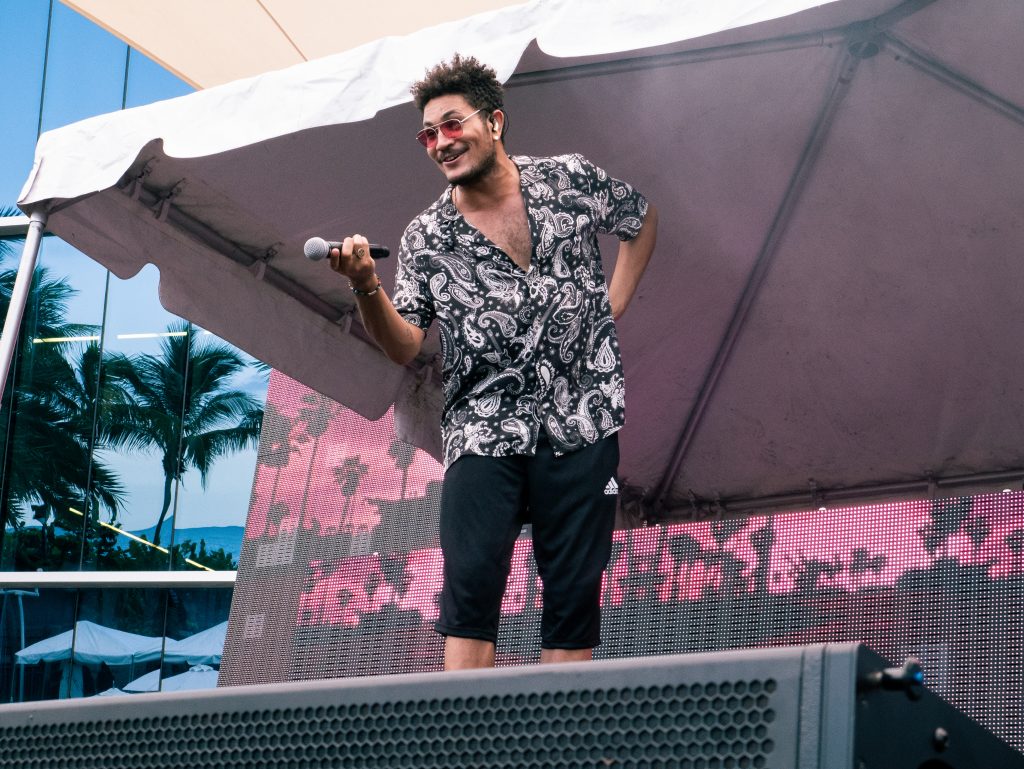 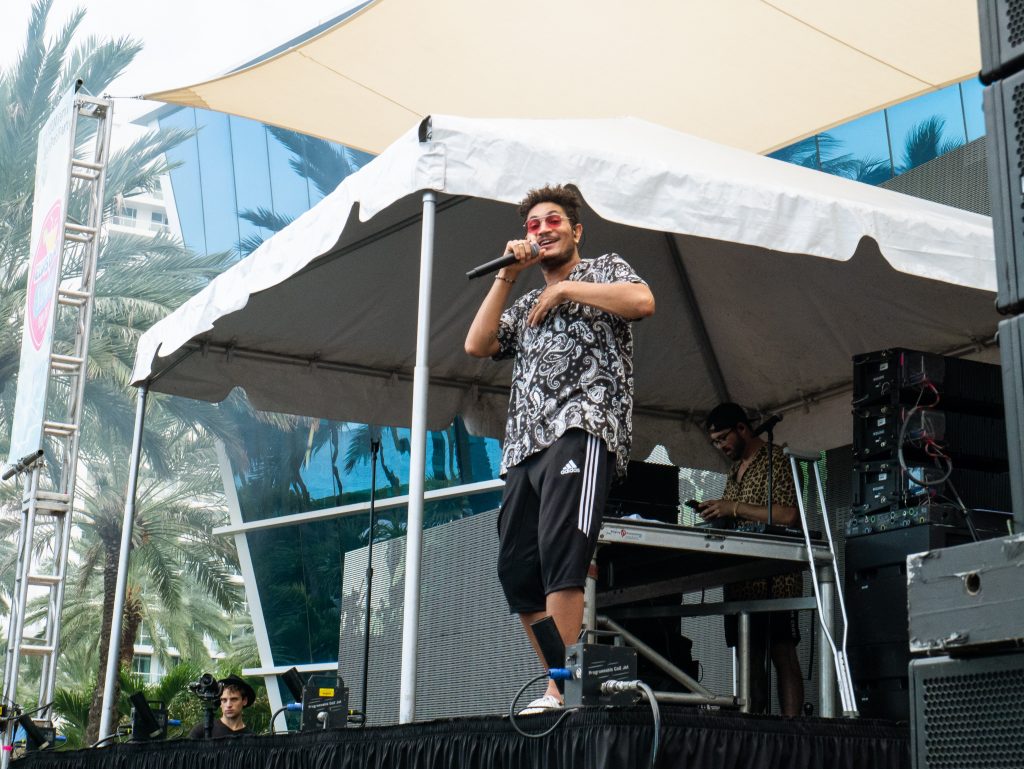 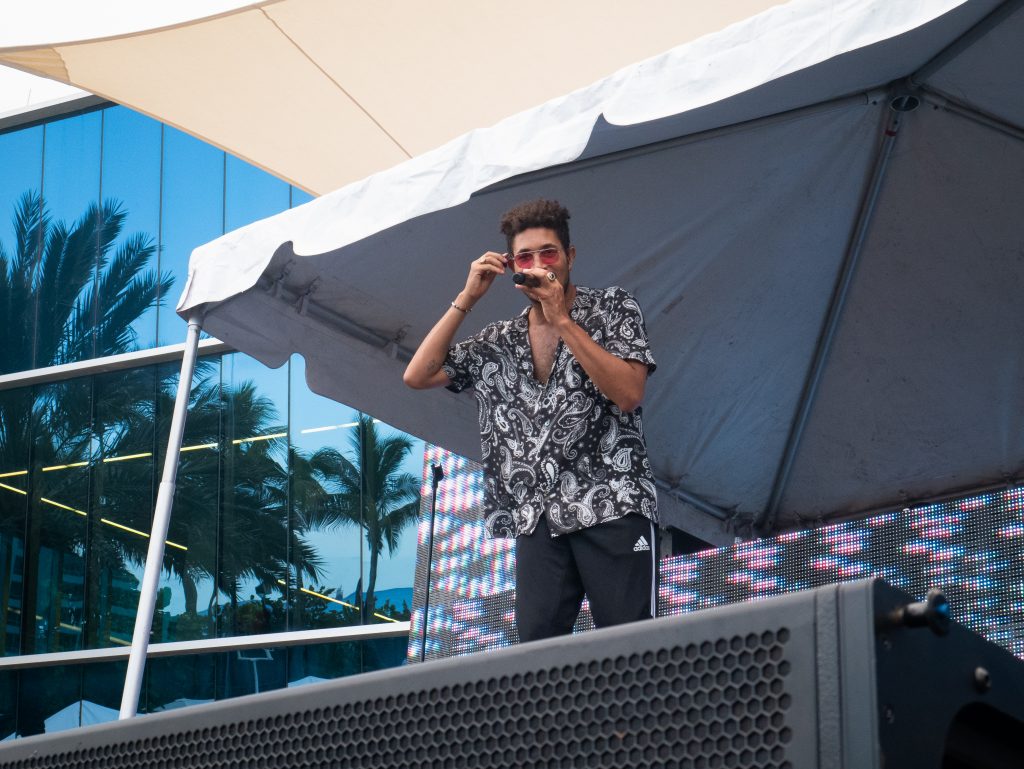 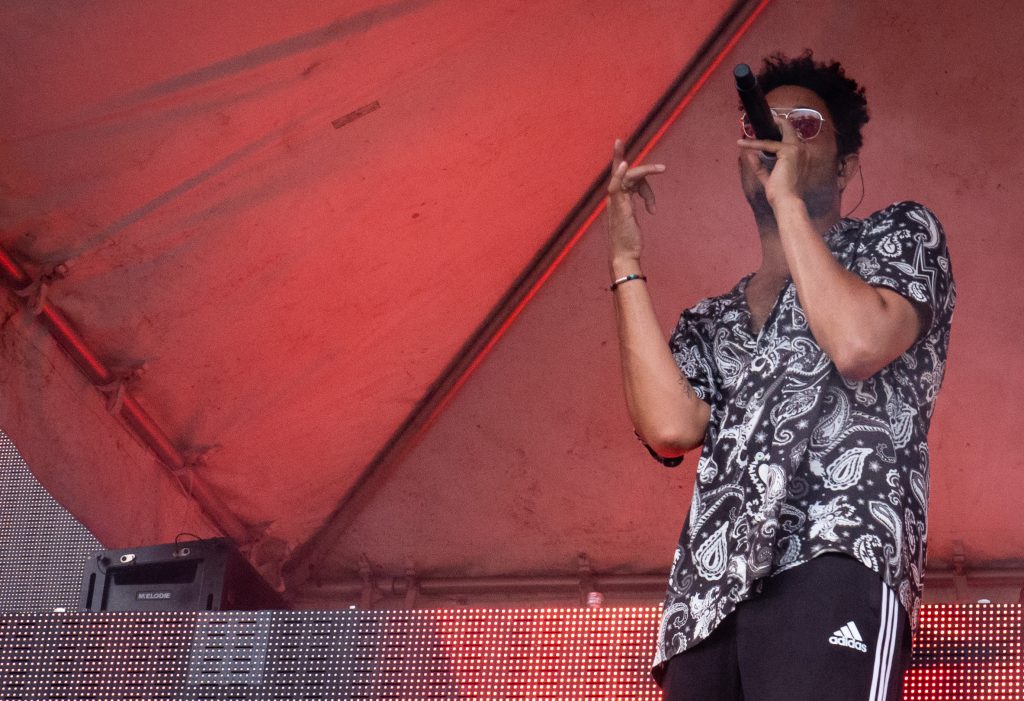 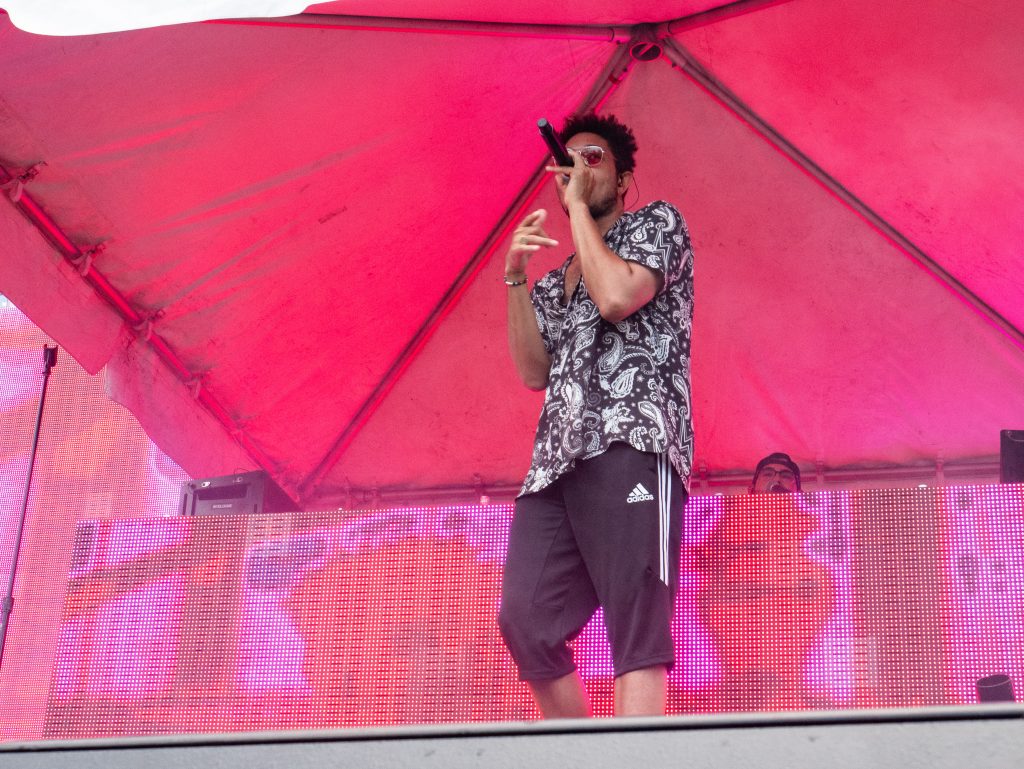 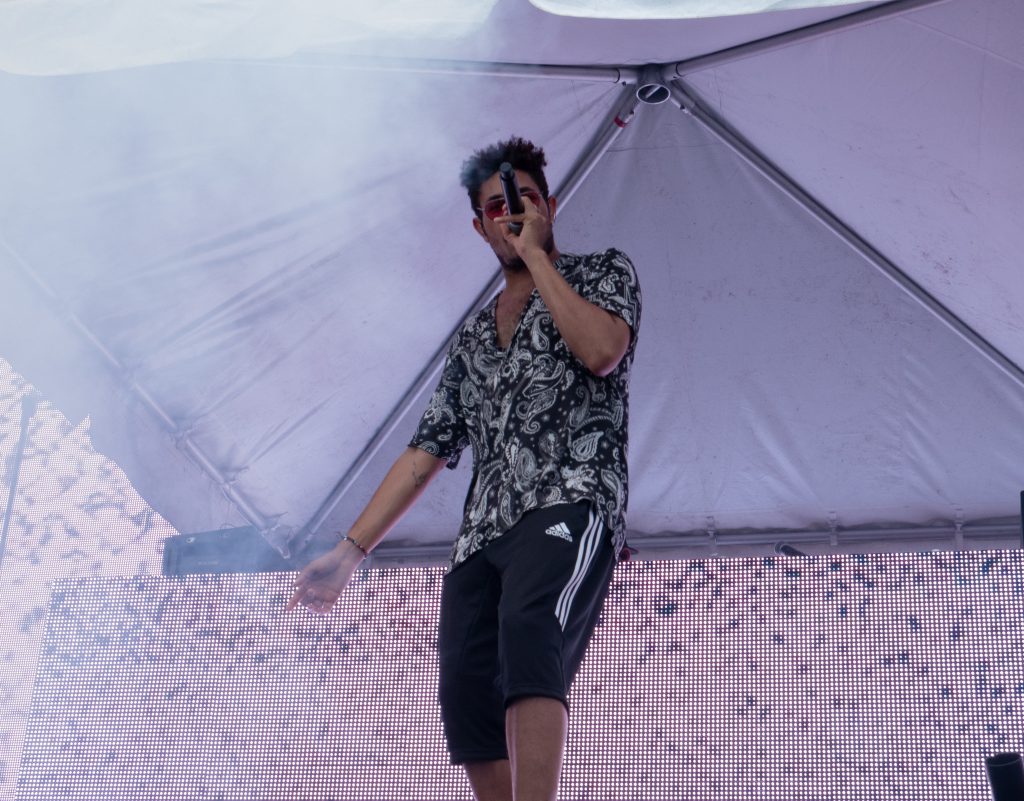 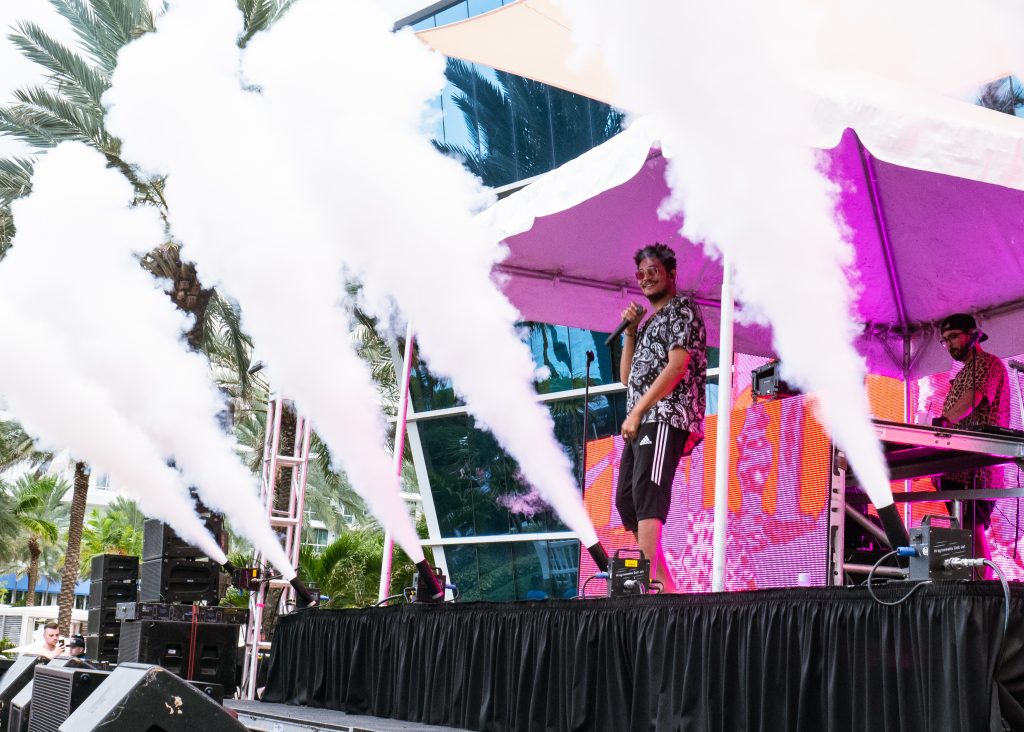 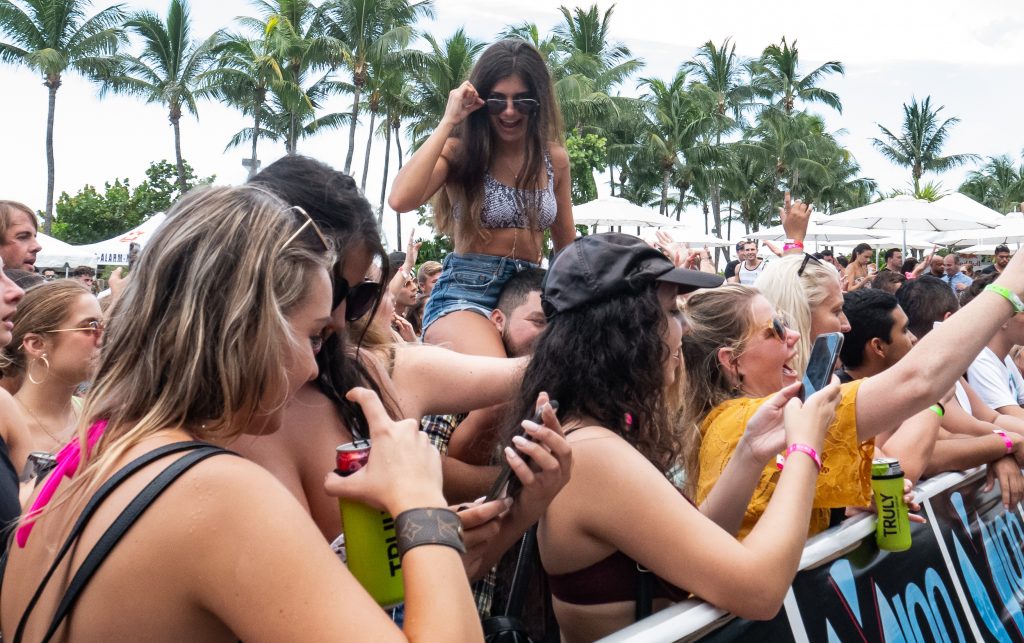 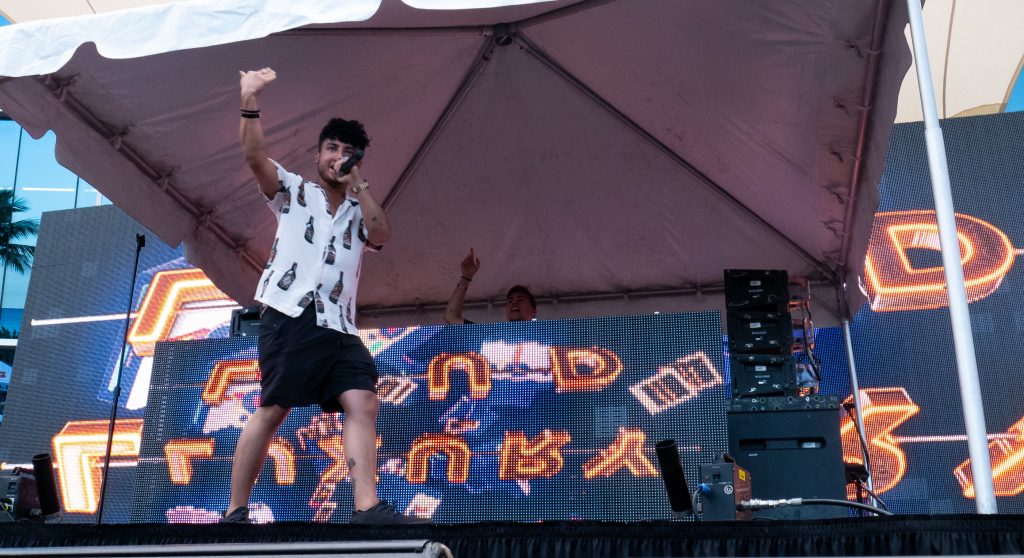 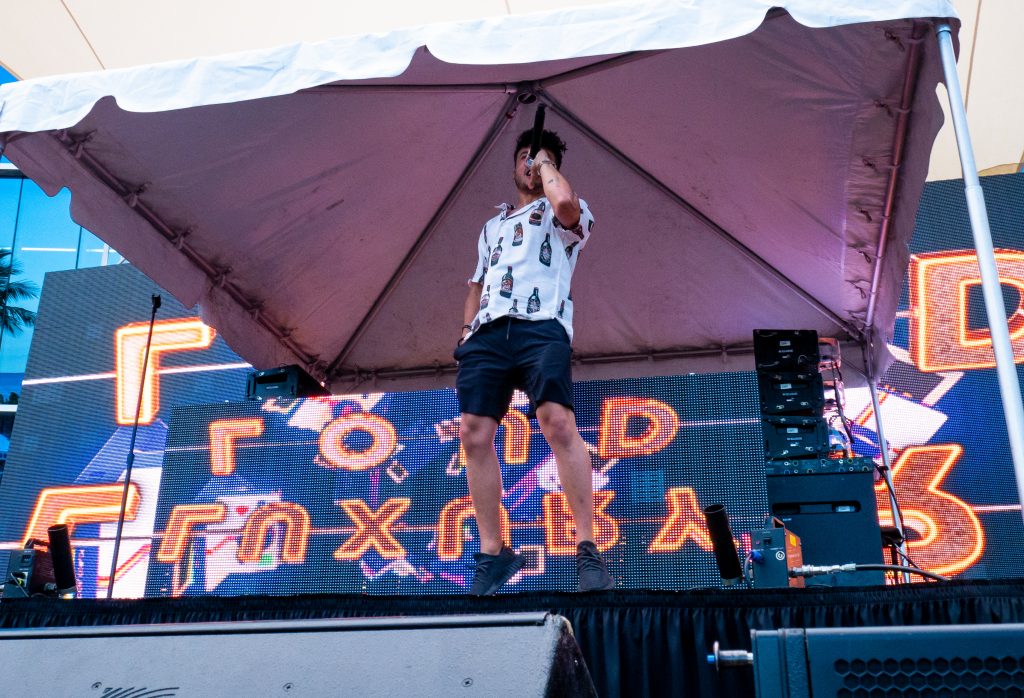 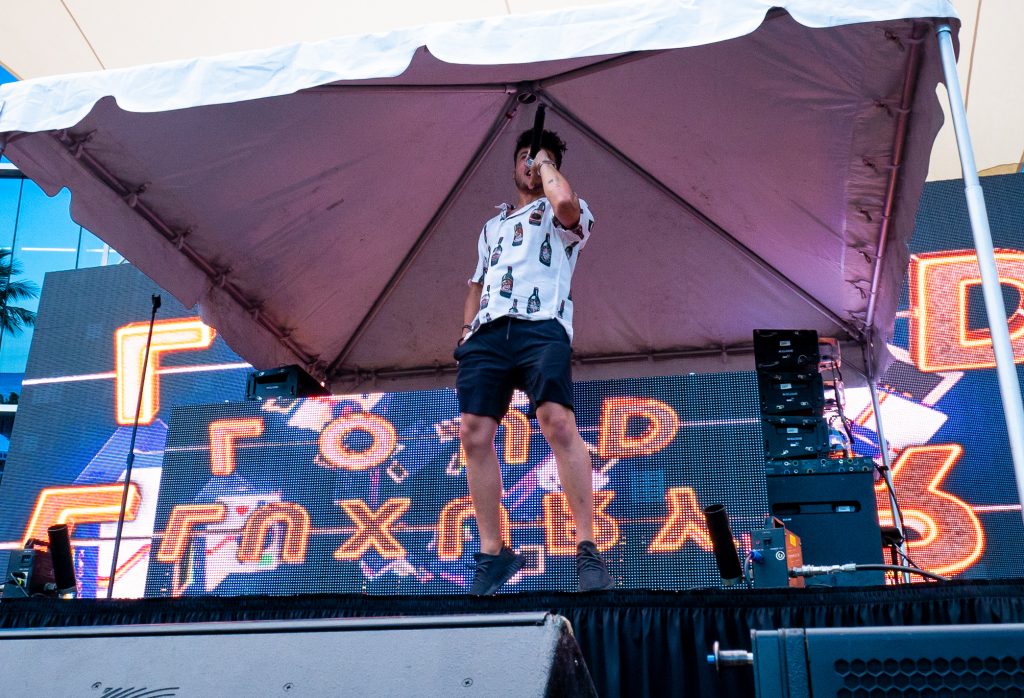 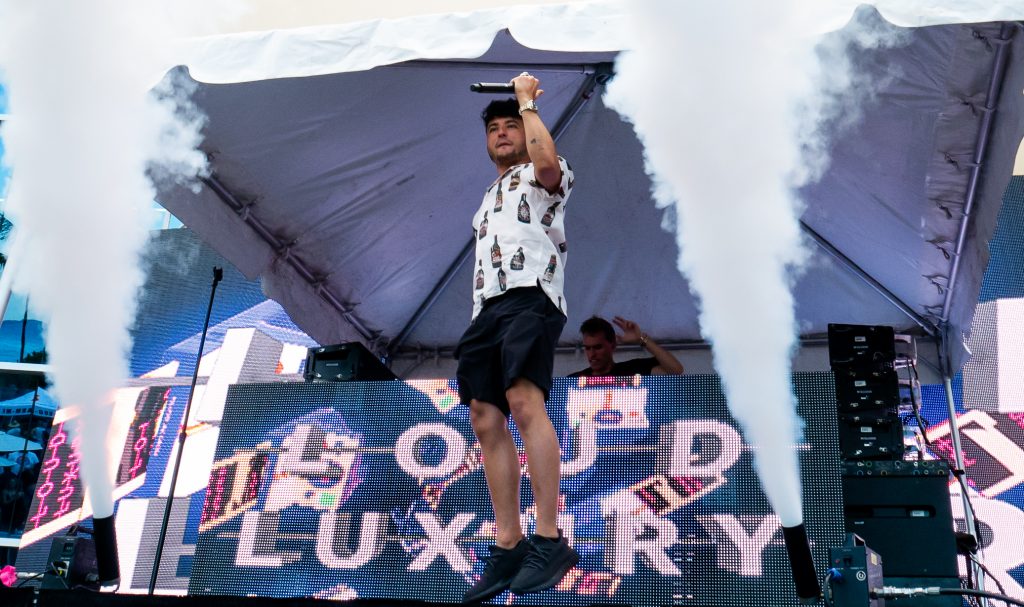 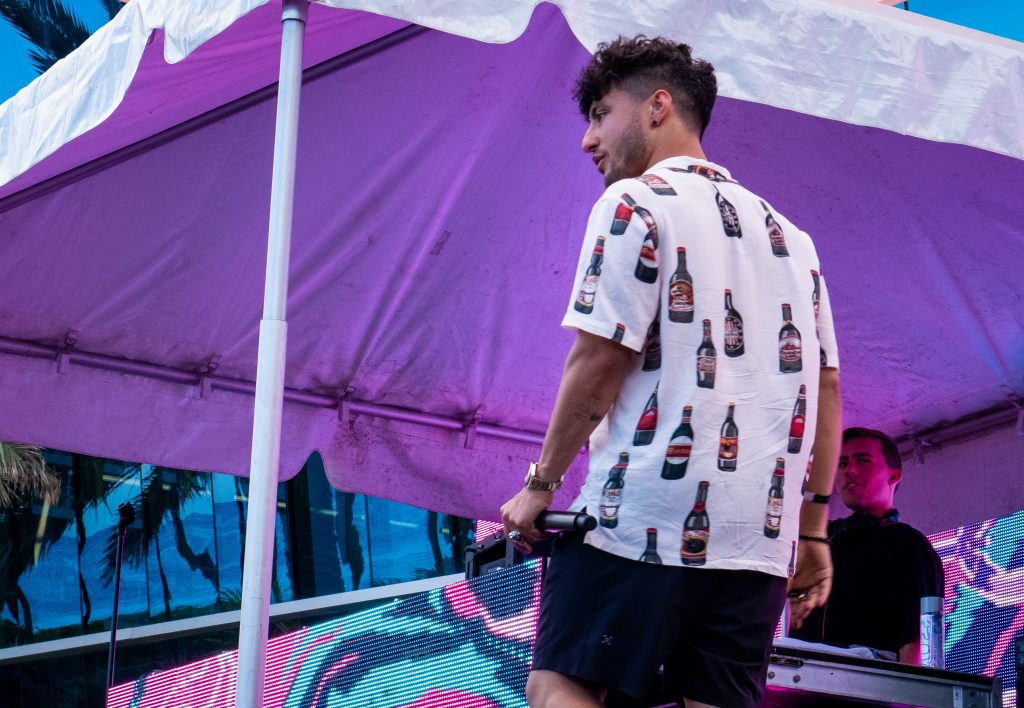 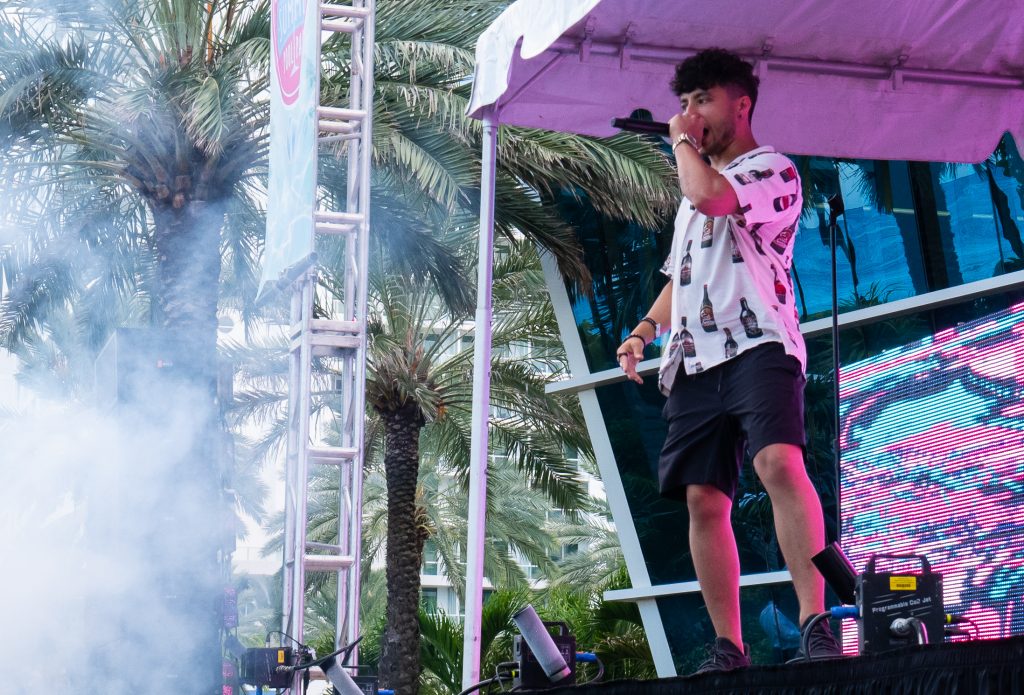 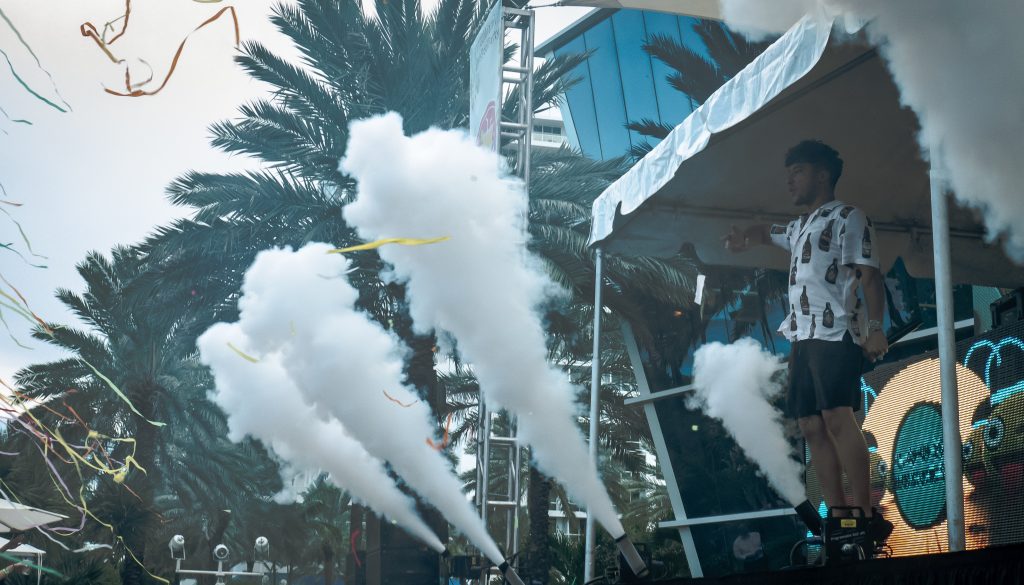 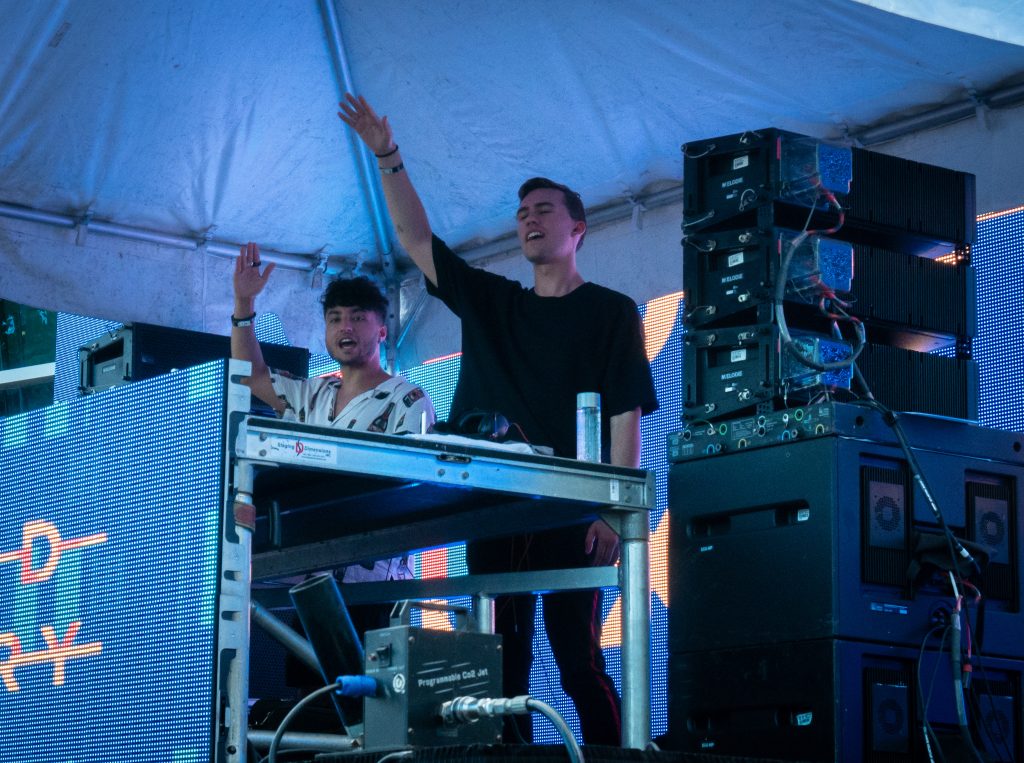 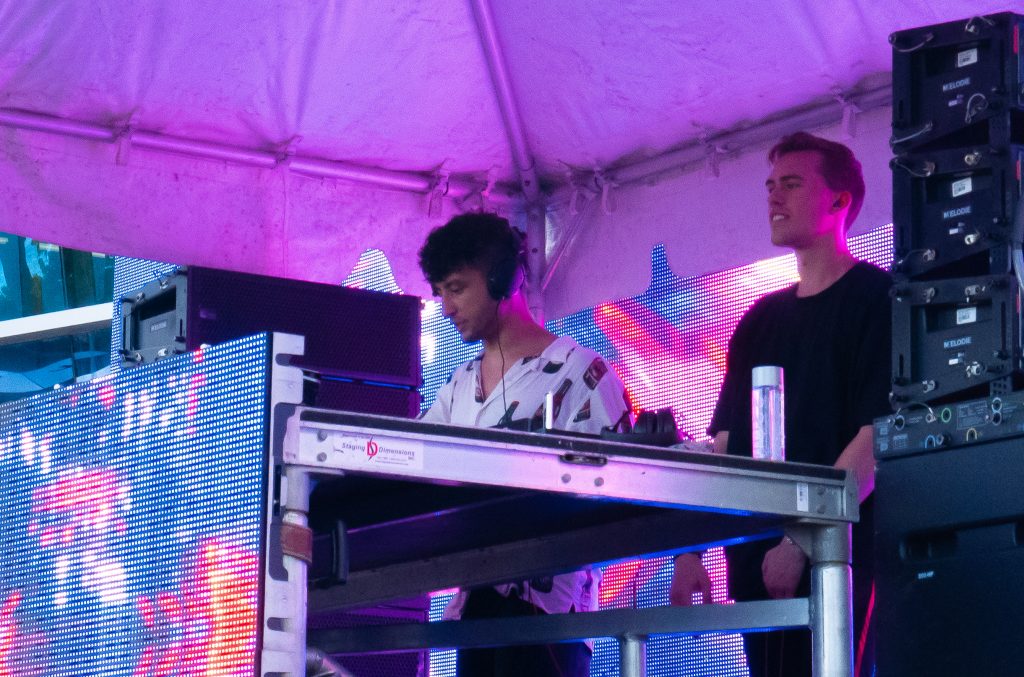 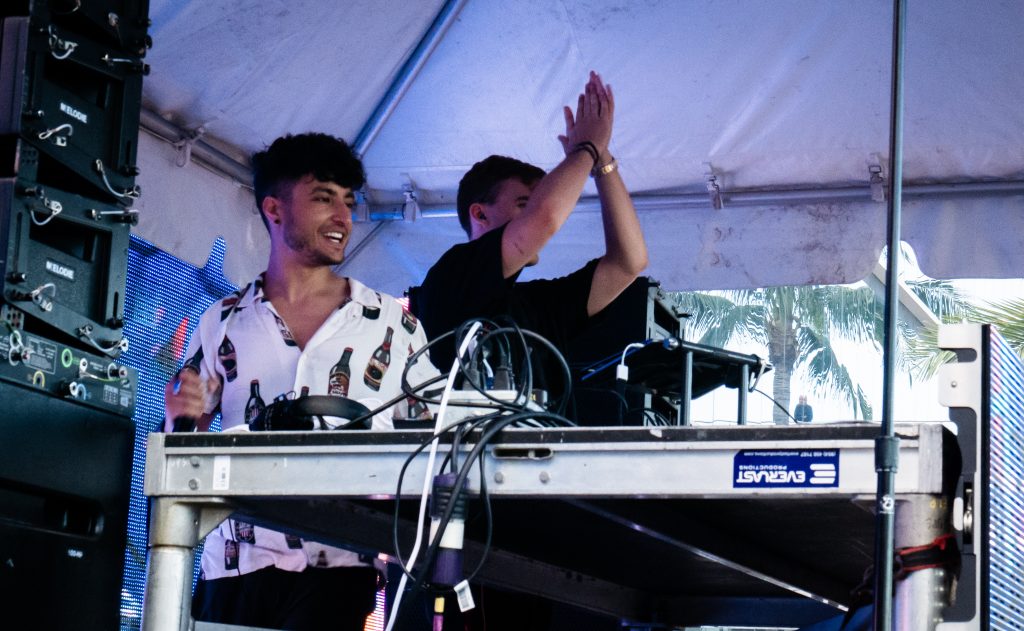 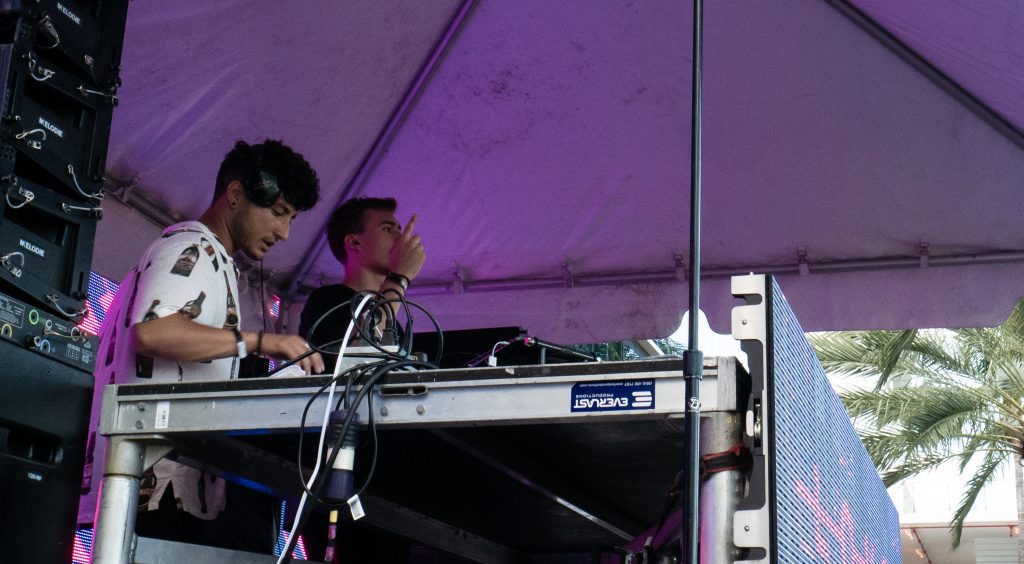 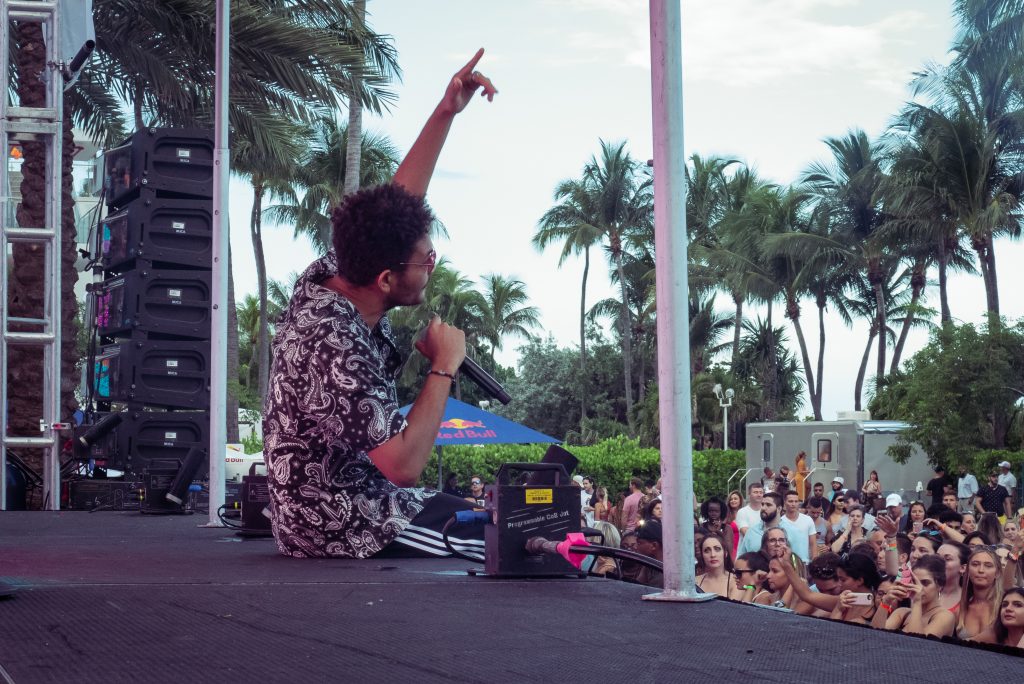 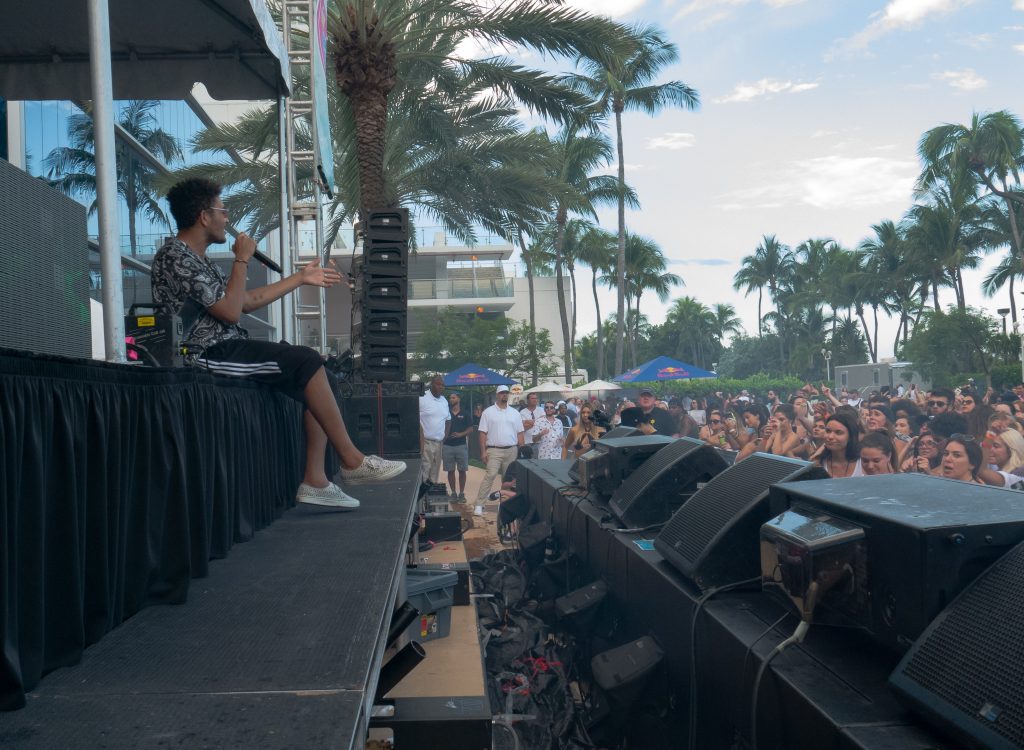 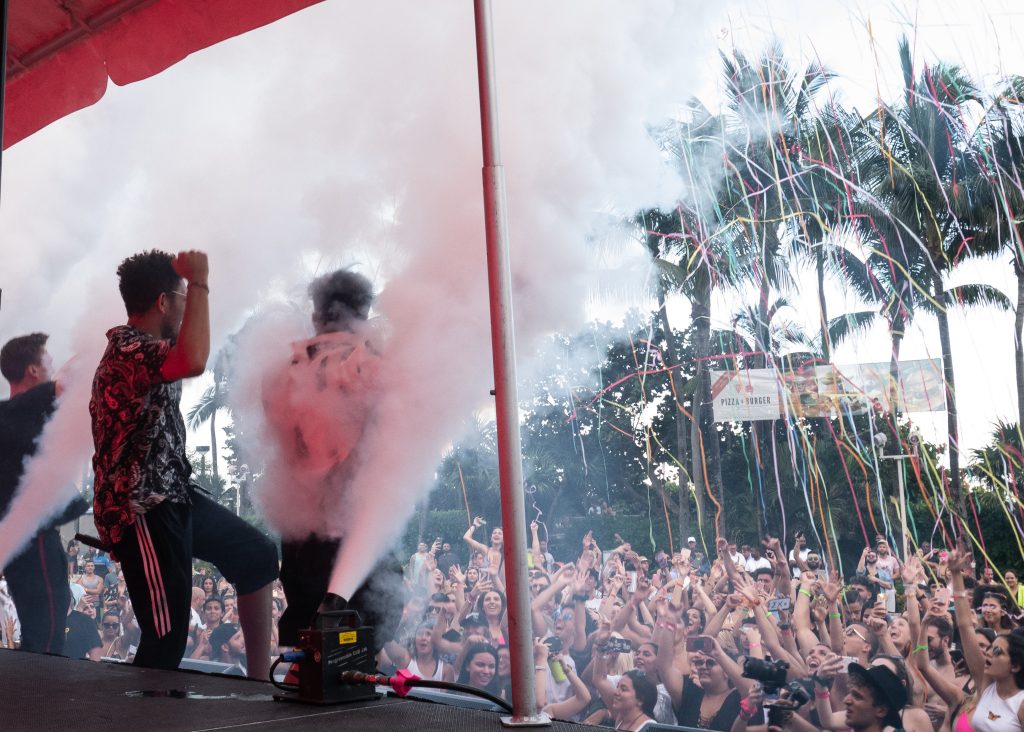 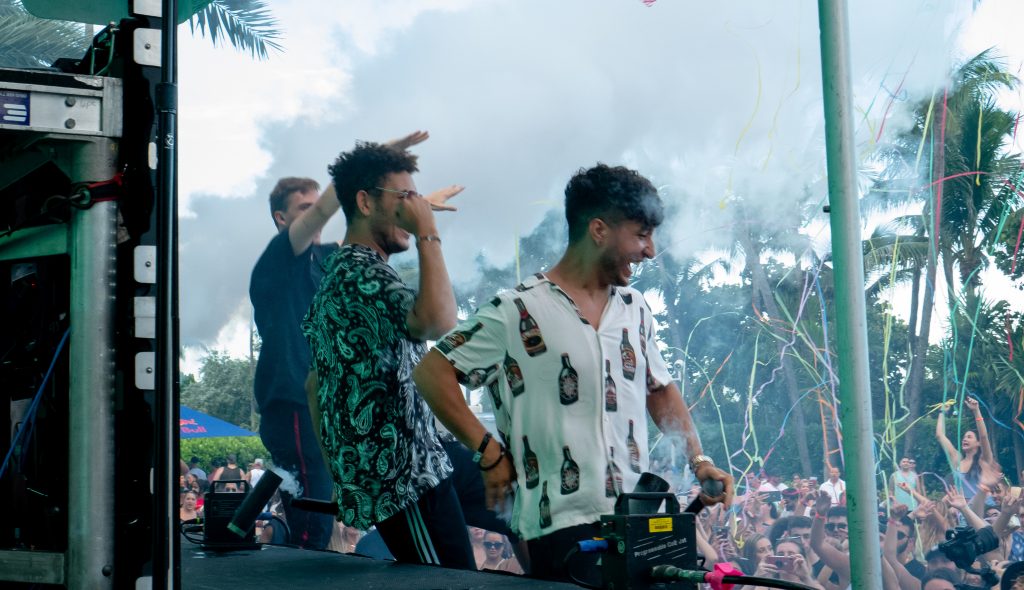