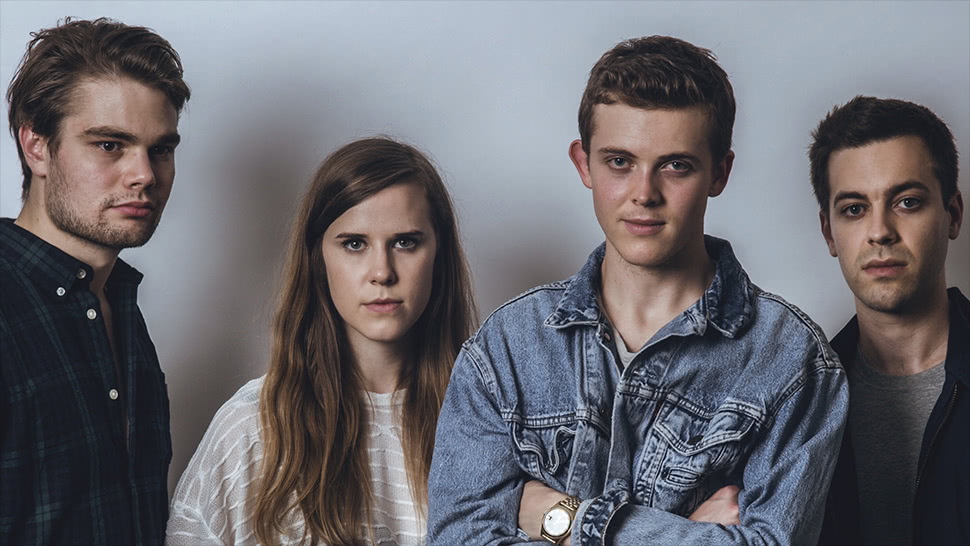 Angel Kim: You toured in the US last fall — how does it feel to come back now and play songs from your new album?

Tim Nelson: It feels really different! Playing this new album live feels powerful and we can really feel how much the world of Cub Sport has grown and deepened in the US since our last tour.

AK: What is your favorite song off of Cub Sport to play live?

TN: This is such a hard question ‘cause I really love every song on the album but right now my favorite songs from the album to play live are Party Pill, Lift Me Up, As Long As You’re Happy, Stars, Summer Lover and Sometimes.

AK: Your video for “Limousine” that was released recently was shot on Super 8 film. What was filming and editing that like?

TN: I loved making the Limousine video! Tim Hardy shot it all on Super 8 and did such a beautiful job – what he managed to capture is mind-blowing, especially the shots out the top of the sunroof! Editing the video was really fun – the visuals and the song work so well together. I love using certain visual moments for specific parts of the song – I feel like it really elevates the song.

AK: Your most viewed video is “Hawaiian Party”. How has the band’s friendship with the Dolan Twins changed over the last year?

TN: We catch up every time we’re in LA and it’s really nice just hanging. I always feel super inspired after we hang out – they’re so creative and driven and in control of their careers and they’re also super kind and funny. We’re mega Dolan Twin stans!

AK: Earlier this year triple j called Cub Sport “2019’s first great queer album” and the band was the Billboard Pride artist of the month, which has surely helped your music reach new people. How does it feel to be recognized at that level and what is the biggest message you want to send to your fans?

TN: It feels amazing and truly means so much to us. It feels like the more we embrace our truth the more people connect with what we’re doing. I’ve come from a place of feeling like I had to hide my true self which makes being able to celebrate queer love with people all around the world even more special. Our message is always to love yourself for who you are, embrace the power of living your truth, live in love not in fear.

AK: Who currently are your favorite artists?

AK: You’re also playing Life is Beautiful this fall, whose shows are you hoping to catch there?

AK: What’s next for the band- is there anything you’re looking forward to after this tour?

TN: We’re touring the UK after Life Is Beautiful festival which will be fun! I’ve been working on a bunch of new songs too, so I’m excited to finish album 4 and hopefully share the first single kinda soon!

AK: Thank you and have a great show & rest of tour!