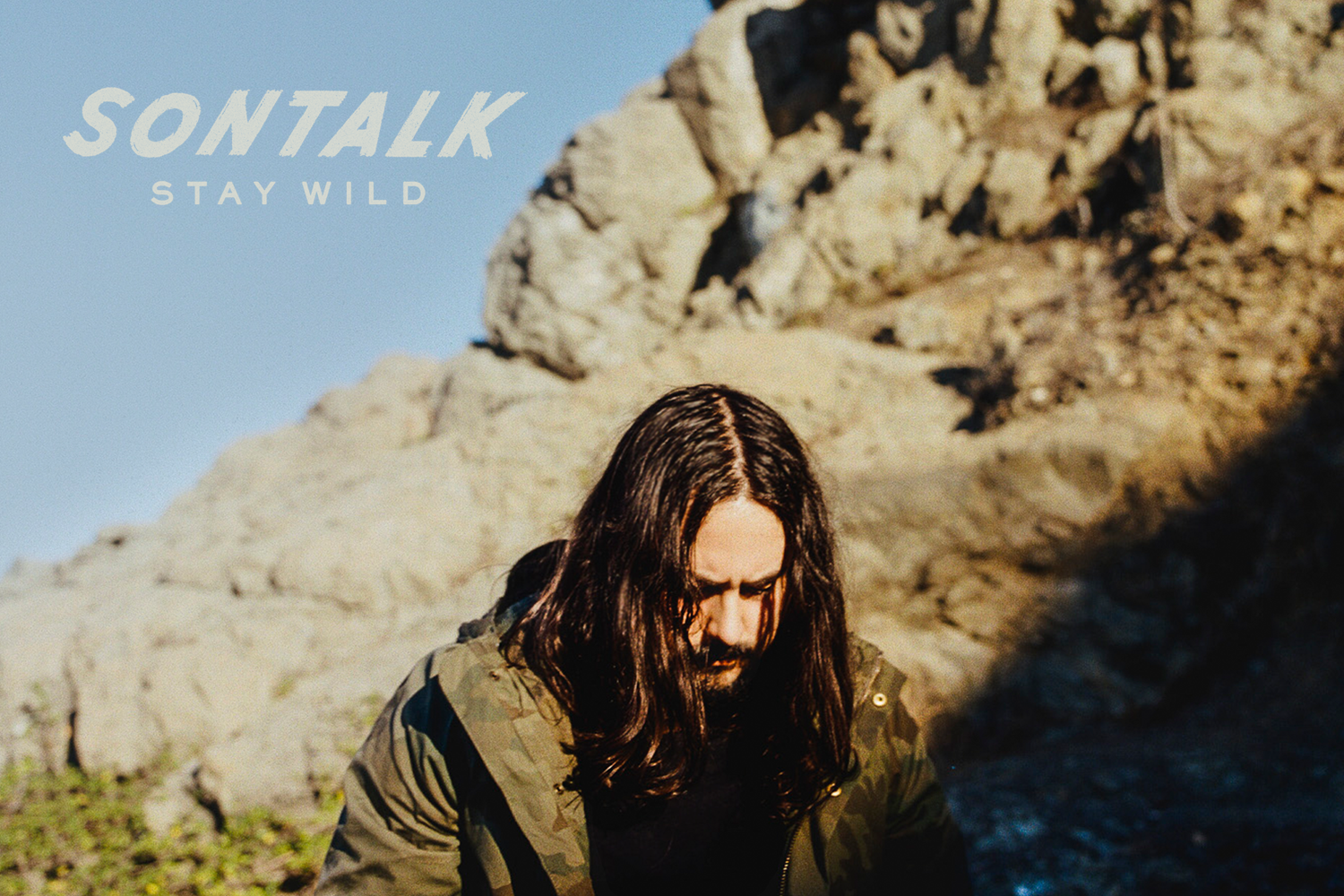 Joseph LeMay, who goes by the name of SONTALK, is currently on tour playing songs off his new album “Stay Wild”. WTBU’s Grace Lauson chatted with SONTALK about his daily life, the upcoming tour, and much more.

Grace Lauson: I know you must be pretty busy on tour right now, can you walk me through a normal day for you?

Joseph LeMay: There are always subtle differences depending on what city you are in. For example, different places to get coffee, but a lot of things are very similar. The night before, we check the drive for the next day. Then in the morning, we wake up, meet in the lobby, and get some breakfast. Sometimes we have a radio or TV session before we leave or there may be one when we get to the next city. Then, we either do that or just drive. In the van, we just listen to music and podcasts and just have conversations. Then, we get to where we’RE going. Most days it’s straight to the venue, where we load the gear in and wait for soundcheck. Then we do a soundcheck. Then some of the crew goes to grab dinner and I usually hang back and get some things done. Maybe an email interview or setting up or counting merch. Then, I usually Skype my wife and son before we play. Next, we play the show and hang out afterward. Hopefully, we sell a few shirts or records. I am a huge fan of Yelp; It’s vital for your life. So, I do a bit of Yelp research for late-night food. Then we’ll usually get a hotel in the same city but if it’s a long drive, then we’ll drive an hour or two towards the next city. Then, we wake up and do it again.

GL:  Do you enjoy the process of constantly being busy or does it get overwhelming?

JL: I do like it because I work from home when I’m not touring so I’m usually writing by myself. Sometimes, I am able to do more co-writing in Nashville. Those days are more like “normal life” because I’m working with people and I’m out of the house and I have lunch breaks and stuff. When I’m at home, I have these dead periods where it all depends on my own motivation. Sometimes it can be hard to be productive when the only parameters for the day are taking my son to preschool. It’s hard to know how to spend your day. This leaves me feeling and being unproductive and unconfident that I’m doing the best I can do. Also, it’s usually not clear what the best thing to do is because sometimes days where you don’t do much are a part of the writing process. So it’s nice being on tour and having something to do all the time. There are also clear parameters of what I should do and easy markers of if you have done a good job. As for missing my family, the busier we are, the better. Being busy leaves me with less time to dwell on it and get homesick.

GL: Do you prefer playing shows or making music more?

JL: I think they are just two parts of the same thing. When I’m at home for a long period of time, I’ll get the itch to start working out of town again. That’s something that is written into my code of what helps me feel good. I really love playing shows, meeting people, and that kind of a thing,  but then I’m also a bit of an introvert. Sometimes I’ll get drained from not having much alone time and I’ll just want to go home, lock the door, and hang out with family.

JL: I do sometimes get nervous or anxious but it’s not always stage fright. I actually got kind of nervous at my hometown show a few weeks ago. I haven’t played at home in quite a while and we had the day off so my schedule was a bit different. Instead of going straight to the venue, we went to our homes then met up later so that threw me off.  All these cities that I don’t know well or haven’t played many times, I don’t feel as much pressure. I just know that I’ll be glad to play a show for whoever comes out. Hopefully, there are a lot of people, but if not, then we’re going to another city the next day and there will be another tour in a few months. Being home was different because I was just really hoping that a lot of people came out and thought about it a lot more.

GL: I’ve seen mentioned before that you do stream-of-consciousness songwriting. That’s something I’ve never really heard of before. Can you explain the basics of what that is?

JL: I think me calling it that could kind of be misleading to some people. We actually had a conversation like this in the van the other day. It may seem like this lightning bolt thing. It sort of is but there is also an element of practicing whatever it is you do. So, when there is that moment of inspiration, your skills are to the point where it can be just a stream of thought. It’s several streams of thoughts happening simultaneously or in very quick succession. Then, the notes, the melody, and the words are all attached as you go. That is what I mean by stream of consciousness. It’s not necessarily that I want to write a song about X, then sitting down and filling in the blanks in a formula. It’s more of a process of music flowing out of you. You definitely have to put in the time to channel that whenever it’s happening. Then there is the editing process. The first time it comes out I usually know that it’s what I want to say but maybe it could be a little better. Maybe there is a word that is truer to what I’m feeling. This is when it comes back to mechanics again. It’s really a dance between the two.

GL: Do you often hit writer’s block because of this method?

JL: I definitely have had writer’s block but I think I’ve developed a passive way of dealing with it. I think there is a way to step back from it. There are so many things you could be working on. I would choose to work on something else and let my subconscious refuel. I don’t think of it as being stuck. I just think that that is how far I was supposed to get with that project that day. Especially if it’s a song I’m writing on my own, I’ll table it and sort of let it live in the back of my mind. I’ll sing it in the shower, hum it, and think about it while driving. There is this song called “Kiss Me, Kill Me” that I didn’t write down on paper for about two years. It was just living in my head because I didn’t have a piano. Then I finally got a piano and wrote it. I was reworking it a ton trying to say what I wanted to say over those two years. There are also times in co-writing situations where you have a song and a deadline. Sometimes you get to that “stuck” point and you just have to push through it. I have had some songs happen where you try and it doesn’t work but you just have to keep trying until something is right.

GL: Did you ever think about doing anything other than music?

JL: I definitely always thought I wanted to do this professionally. The first time I sang on stage I was about 3. Then, I started doing it really regularly when I was 5. Not long after that I did a contest and won $50 or $100 or something and thought it could be a career. From a very young age, this is what I wanted to do. I wanted to be a rockstar but if that didn’t work out I wanted to be a major league baseball player. That was funny; it was a great fallback. I also thought about medicine a little bit but then the amount of schooling and how long it would be before I could start working was unappealing. Music was really the only thing I very seriously considered.

GL: I know you are on tour right now, but what’s next for you? What do we have to look forward to?

JL: Yeah! Some of it doesn’t fully exist yet and it’s not that I can’t say anything about it but there’s just not a ton to report yet. In a few days, we are going to Joshua Tree to make an acoustic version of some of my favorite songs on the “Stay Wild” album. I’ll be working with a guy named Charlie Stavish who is an engineer and producer that I really admire. I’m super excited about that. I also have a ton of new songs that I’ve been sitting on. So, we are going to start working on new music as soon as I catch my breath after this tour. I just have to keep the ball rolling.

Sontalk is currently on tour. Tickets can be purchased here.