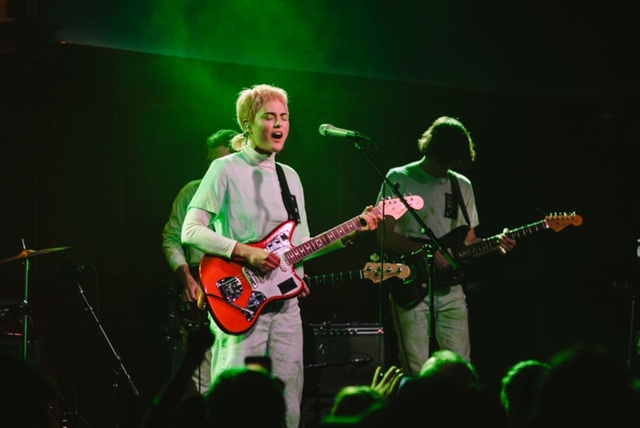 Indie singer-songwriter Miya Folick is headlining Great Scott on March 1st, on tour for her debut album Premonitions. The October release was praised by the likes of NPR, Pitchfork, Stereogum, and Paste Magazine, the latter of which commended her “distinct, developed lyrical voice” and “dynamic, extraordinary literal voice.” The album is preceded by several singles and EPs, the first of which, Strange Darling, was released in May 2015, at the start of Folick’s career. This fall saw Folick touring with Pale Waves and Sunflower Beam before her current headlining tour. Tickets are still available for the show, which has Brooklyn-based dream-pop band Barrie supporting, so make sure to get yours before it sells out.