We collaborate with Dr. Michael Siegel and Dr. Ziming Xuan from the Department of Community Health Sciences, Boston University School of Public Health. We also have public health students from different universities working with us on various projects.

Gun Violence in the United States
The United States has undergone a dramatic transition in firearm-related injuries and mortality over the past three decades: an epidemic phase from mid-1980 to early 1990s to an endemic phase from early 1990s onwards presenting with a fall until 1999 followed by a plateauing of rates after 2000. The years prior to the 1990s were marked by an overall high and increasing crime rates along with a perniciously mounting high incidence of gun deaths that culminated in an all-time high in 1993 where gun deaths peaked with 39,545 deaths and 15.0 per 100,000 firearm fatality rate. There was a reduction in gun death rates until year 2000, where there were 28,663 (10.19 per 100,000) gun deaths. This decrease was attributed to earnest public health efforts to combat overall violence including gun crimes. Although this is the subject of scholarly debate, it is generally thought that the most important factors that helped propagate the crime reduction of the 1990s were increase in policing, increased incarceration due to stricter law enforcement and ebbing of the crack epidemic. These targeted and improved crime control activities caused firearm fatality rates to fall precipitously. Thereafter, from 2001 onwards the fatality rate rather insignificantly fluctuated between 29,573 deaths, 10.31 per 100,000 persons in 2001 to 33,636 deaths, 10.37 per 100,000 in 2013. Therefore, gun deaths remain endemic in the country since 2001 with 10.4 persons out of 100,000 shot and killed.

Although the conversation and policies are widely built around gun deaths, almost 70% of all gun violence injury victims survive the trauma due to better emergency health care. In contrast to the unchanging gun death rate, the Centers for Disease Control and Prevention (CDC) reports indicate a steady increase in non-fatal gun injuries from 63,012 (21.68 per 100,000) in 2001 to 84,258 (26.65 per 100,000) in 2013 indicative of an epidemic of gun violence driven by non-fatal gun injuries. 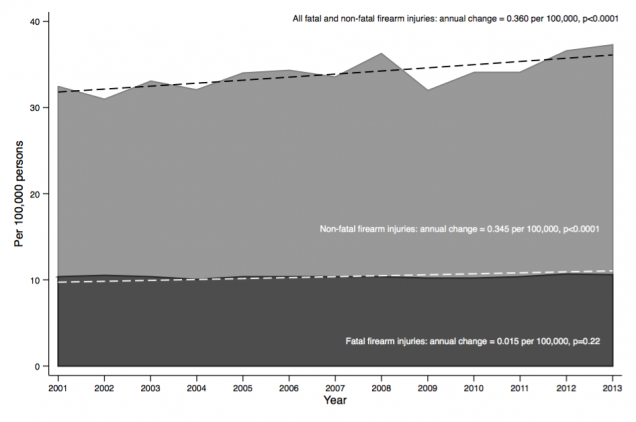 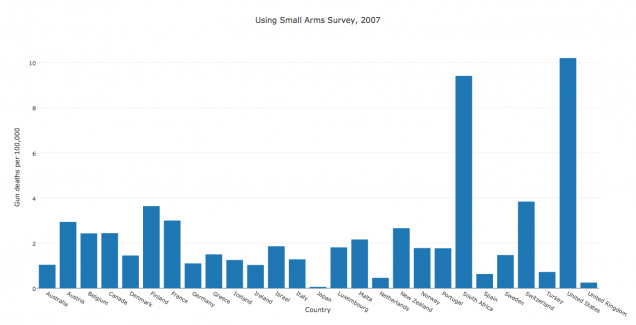 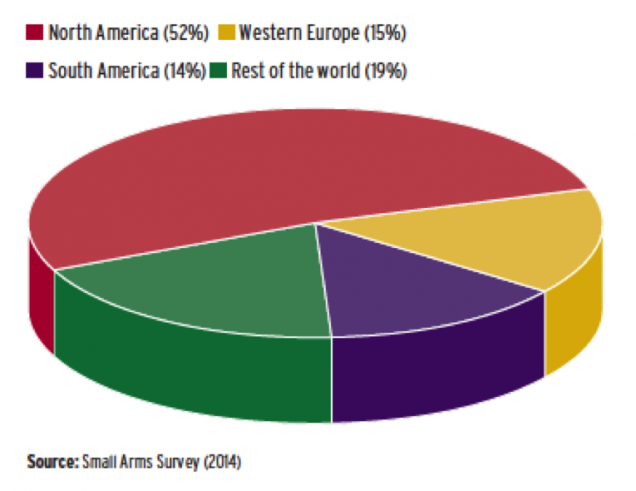