The IEEE confers the grade of Fellow upon individuals with outstanding records of accomplishment in any of the organization’s fields of interest, which range from aerospace systems, computers and telecommunications to biomedical engineering, electric power and consumer electronics. Less than 0.1 percent of voting members—the IEEE currently has 400,000 members in 160 countries—are selected annually for this member grade elevation, considered a major career achievement and prestigious honor across the technical community.

W. Clem Karl
Karl was recognized for his contributions to “statistical signal processing and image reconstruction.” He hasdeveloped several statistical models for the extraction of information from diverse data sources in the presence of uncertainty, and applied them in projects that include automatic target detection and recognition for synthetic aperture radar; locating oil deposits and analyzing the earth’s atmosphere; and monitoring medical conditions using tomography and MRI.

“This is a great honor, and I’m humbled that my peers would confer it on me,” said Karl.

A member of the BU faculty since 1995, Karl has assumed many leadership roles for the IEEE.  Currently editor-in-chief of IEEE Transactions on Image Processing, he is a member of the Board of Governors and Conference Board of the Signal Processing Society; the Transactions on Medical Imaging Steering Committee; the Biomedical Image and Signal Processing Technical Committee; and the Technical Committee Review Board. He has co-organized IEEE workshops on statistical signal processing and bioinformatics, and was general chair of the 2009 IEEE International Symposium on Biomedical Imaging.

Among other things, Karl is developing methods to improve the detection of explosives in luggage. The technology could increase passenger safety while reducing delays and other inconveniences for air travelers, such as having to remove laptops and other electronic devices from bags.

Theodore Moustakas
Moustakas was recognized for his contributions to “the epitaxial growth of nitride semiconductors.” He is a trailblazer in molecular beam epitaxy, a versatile and advanced thin-film growth technique used to make high-precision, nitride (nitrogen compound-based) semiconductor materials used in fiber-optic, cellular, satellite and other applications.

His most notable achievements include pioneering the nucleation steps for the growth of gallium nitride on sapphire and other substrates, an essential process for the manufacture of blue LEDs, which are widely used in solid state lighting applications; and developing highly-efficient, deep ultraviolet (UV) LEDs, which are expected to provide environmentally friendly water and air purification.

“I am delighted to receive this prestigious award and I am very grateful to many of my collaborators at BU and other institutions, as well the outstanding past and current students that I have had the fortune of mentoring,” said Moustakas.

A member of the ENG faculty for more than 30 years and ENG Distinguished Scholar who helped shape the Materials Science & Engineering Division, Moustakas has had a broad impact on his field, through 25 patents, hundreds of invited talks and journal papers and 10,000 citations in research literature. Recently selected as the recipient of the Molecular Beam Epitaxy (MBE) Innovator Award, he is also a Fellow of the American Physical Society and Electrochemical Society, and Charter Fellow of the National Academy of Inventors. In 2013 he was named the Boston University Innovator of the Year.

Moustakas is currently working to create visible and UV LEDs and lasers for solid-state white lighting, water and air sterilization, and identification of biological and chemical agents; investigating indium gallium nitride “quantum dots” that boost solar cell efficiency; and, in collaboration with Associate Professor Roberto Paiella (ECE, MSE), studying the use of nitride semiconductor structures for green LED applications and for emitters and detectors operating in the far infrared.

Yannis Paschalidis
Paschalidis was recognized for his contributions to “the control and optimization of communication and sensor networks, manufacturing systems and biological systems.” Since joining the College of Engineering faculty in 1996, he has developed sophisticated algorithms for everything from a homeland security early warning sensor network to a next-generation electronic healthcare management system.

“I am elated to have been named an IEEE Fellow,” said Paschalidis. “Much credit is due to all my students and postdoctoral associates, past and present, who have contributed to the work being recognized, and all my collaborators, many of them here at Boston University.”

Co-director of the College’s Center for Information and Systems Engineering (CISE), an ENG Distinguished Faculty Fellow and affiliate of the BioMolecular Engineering Research Center, Paschalidis has a diverse research portfolio that spans the fields of systems and control, networking, applied probability, optimization, operations research, computational biology and bioinformatics. His work has resulted in new applications in communication and sensor networks, protein docking, logistics, cyber-security, robotics, the smart grid and finance.

Paschalidis has received several honors, including a CAREER award from the National Science Foundation, an invitation to participate in the National Academy of Engineering Frontiers of Engineering Symposium, two best paper awards, and best performance at a computational biology competition. He is the editor-in-chief of the IEEE Transactions on Control of Network Systems and a member of the Board of Governors of the IEEE Control Systems Society.

Visiting Professor Vivek Goyal (ECE), who will be an assistant professor in the ECE Department starting in January, was also named an IEEE Fellow.

Dedicated to the advancement of technology, the IEEE publishes 30 percent of the world’s literature in the electrical and electronics engineering and computer science fields, and has developed more than 900 active industry standards.  The association also sponsors or co-sponsors nearly 400 international technical conferences each year. 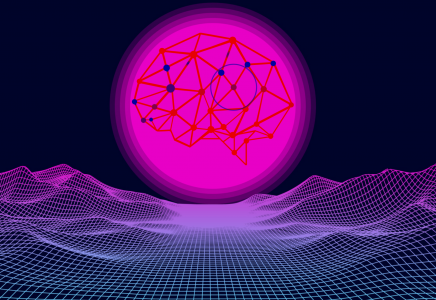