Resonant inelastic x-ray scattering (RIXS) can be considered as a resonant form of the x-ray emission experiment.  A solid is illuminated with a monochromatic beam of x-rays, resonant in energy with a core level binding energy.  These excite core electrons into the conduction band.  The resulting core holes are filled by the radiative transition of valence band electrons, with the emission of a fluorescent x-ray photon.  The system is left with an electron hole pair around the Fermi level, and the energy of the fluorescent photon reflects the energy lost ti this electronic excitation.  The energy of these emitted photons is then measured using a grating spectrometer.  RIXS can be considered as a resonant x-ray Raman spectroscopy. 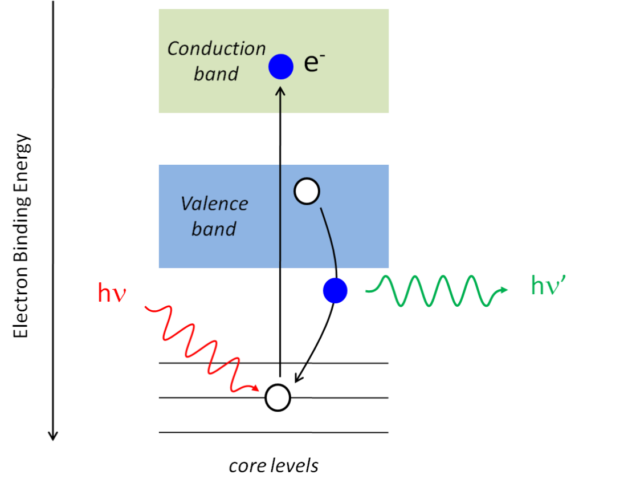