Britten and Plomer put the noh play Sumidagawa through multiple stages of adaptation and revision over a period of years to create their queer drag “parable for church performance,” Curlew River (1964). The conventional Christian renunciation in Curlew River has been unpalatable to some queer theorists just as feminists have critiqued Beckett’s authoritative directing practice and painful dramaturgy in late plays like Footfalls/Pas (1976). Yet, Beckett’s (and then his estate’s) insistence upon compliance with his vision for his plays has been so effective that few have dared any kind of deviation. Preston reads both Curlew River and Footfalls/Pas as noh-influenced late-modernist dramas exploring submissive forms of being. 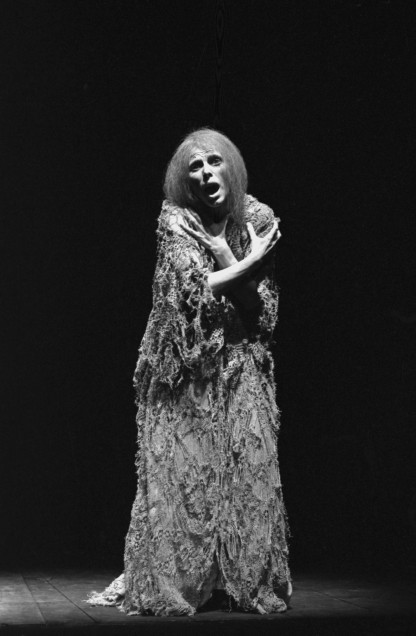 Footfalls – scene from the play by Samuel Beckett, with Billie Whitelaw in 1976. © John Haynes/Lebrecht Music & Arts. 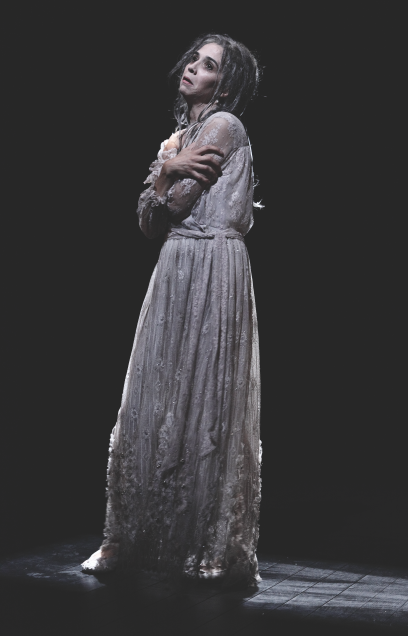 Holly Twyford as May in Footfalls as a part of “Sounding Beckett.” Directed by Joy Zinoman and presented by Cygnus Ensemble (New York, 2012). © www.photographme.us and/or Jeremy Tressler.