We at Krasker Talks! sure have the Halloween spirit today. On that note, our very own evening supervisor Dave Perkins is sharing with us a little piece of spooky-fun film history  from his personal collection of film memorabilia: an original movie poster for Mel Brooks’ 1974 masterwork Young Frankenstein. Being a film historian, I flipped when I saw what amazing condition it is in. The colors are remarkably vibrant because it has been stored away from strong lighting. So let that be a lesson to all would-be collectors! Posters are like vampires. You gotta keep them out of the sun. 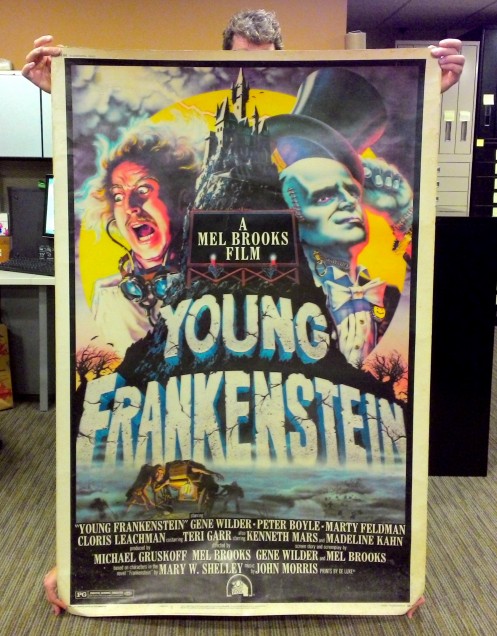 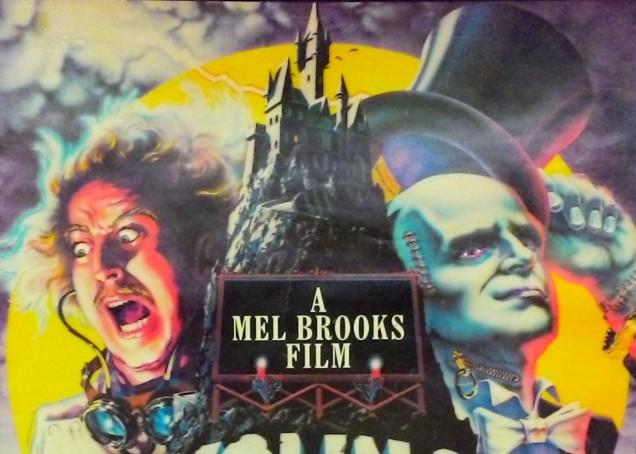 Here’s a close-up. The movie was in black & white, but the poster is a Technicolor dream.

Calling all film students, researchers and garden-variety film bugs, the web indeed has more to offer than IMDB (Helpful & entertaining though it may be!) when it comes to getting the critical and informational skinny on your favorite films & film artists.

So here's just a few online resources that we at Krasker think are just swell:

Cineaste - this print publication that turns a shrewd eye on the political themes & discources within global cinema nevertheless offers up a stellar array of online content.

Bright Lights Film Journal - a long-time favorite with cinephiles, Bright Lights covers the spectrum of film commentary...and be sure to check out their companion blog "Bright Lights After Dark"!

The British Film Institute & The American Film Institute websites are perfect starting points for serious researchers...personally I think the BFI has a slight edge over AFI--BUT YOU BE THE JUDGE!

Images - this online journal offers up intriguing analysis, features and a consistently gorgeous array of images--but of course!

Phew! That should keep you busy for awhile...of course we can't cover everything at once.

Do you have any film resources you think are the bee's knees? Well let us know! We'd love to add them to the list!