Students in Steve Finn’s spring special topics course on Food Waste (MET ML702 E1) are contributing this month’s blog posts. The first in this series is from Christina Grace Setio. 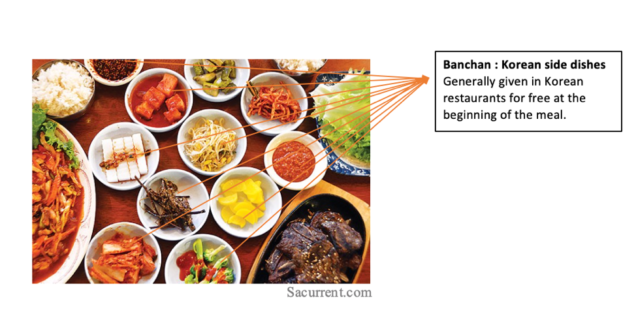 If you have ever dined out to a Korean, Mexican, or European restaurant, chances are you have gotten some type of a freebie. Specifically, the food items served free of charge as you patiently wait for your meal. This practice is now so culturally instilled that most servers don’t even ask if you actually want it, they just assume it can’t do much damage to just serve it. While it is a gesture most customers appreciate, some argue that they would rather be charged for a more palatable and better-quality product. How often are these food items left unfinished? Regardless of whether it has been touched or not, food safety regulations prohibit any food that has been placed on a customer’s table to be reused. Now, this may not be an issue if everyone takes away and finishes any leftovers at home. However, a study by Brian Wansink of Cornell University shows that 55% of leftovers at restaurants are not taken home, this just adds to the many other food waste issues that happen within a restaurant. Now you may ask, isn’t it fine if they just compost the food? While this is a better solution than landfill, think about of all the wasted natural resources used in growing food that goes to waste – water, energy, labor, occupied soil – these are additional costs to be considered. 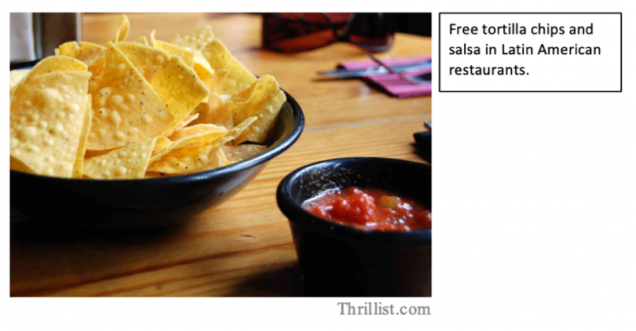 There may be several reasons as to why restaurants serve freebies; first, it is a low-cost way of keeping customers calm during a busy service. Second, it creates a good image of generosity for the restaurant, and people feel taken care of when they receive complimentary gestures. Expectations from other restaurants of the same style may also pressure other restaurants to follow the flock. If you are the only one that does not offer free food like your counterparts, people might see it as a travesty. I remembered going to a Korean restaurant and was told that I had to pay for their Banchan (small side dishes), and feeling slightly cheated since I have never had to pay in the past. Not fulfilling a customer’s expectations can damage the image of a business. But how did we start to have this culture of expectations in the first place? 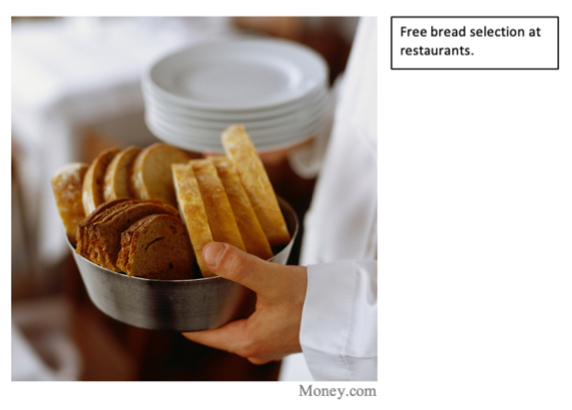 When restaurants offer free food items, they generally don’t ask if a customer wants it, nor do they consider a customer’s possible intolerance, for example gluten (found in bread) or nightshade vegetables (bell peppers, tomatoes, and eggplants). They also often serve a significant quantity even for individual diners. How many times have you seen steakhouses serve you multiple varieties of bread for a single person? Abundance gives people sense security and pleasure, and America has a food culture that values size when food is relatively cheap and plentiful in most of its cities. Nevertheless, should we fulfill this temporary sentiment at the cost of wasting food?

In 2015, the UN created the  Sustainable Development Goals to sustainably increase the well-being of the planet and people globally, ending poverty, hunger, all while protecting our land and seas. Target 12 of the 17 SDGs calls for “Responsible Consumption and Production,” encouraging consumers to take their roles in shifting to a better diet and more responsible food consumption. A powerful report by the FAO suggests that we lose and waste one-third of food produced yearly, and in the U.S. 40%, with the majority at the retail and consumer level. So individual consumers and households have a lot of power in making a big difference to reduce those numbers.

Should restaurants start asking customers instead of blindly offering complimentary food? Although the idea of receiving items free of charge is tempting, can we as customers be counted on to accept or refuse responsibly? Should restaurants serve at a gradual pace instead of serving once at a hefty quantity? What other dining out habits do you see contributing to avoidable food waste?

So the next time you eat out, remember that you have the power to decide where that food will end up.