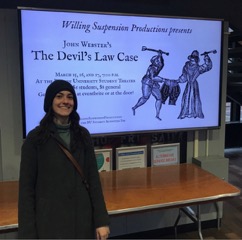 I study early modern non-dramatic literature, including poetry, prose fiction, and intellectual prose, and my research tends toward texts that were composed under the Tudors. My theoretical interests lie mainly in how the human body was understood and constructed during the pre-Cartesian moment of the early modern period, particularly in the realms of literature, politics, religion, and medicine.