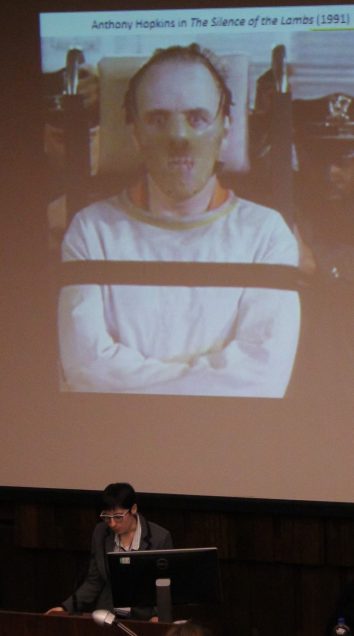 My work concentrates on violence and masculinity in post-war American film and fiction. I am particularly interested in the interrelationship and discussion of generic masculine icons—the cowboy, the detective, the psychopath—in popular American texts. How do these figures intertwine popular film and the novel? How do their backwards-gazing narratives (whether to the 1890s or the 1980s) inform America’s cultural memory of the past? How has the post-war pop psychology boom fundamentally incorporated violent mental illness into the American generic hero? What, if anything, separates the popular cowboy from the popular psychopath in modern media? My exploration of the generic portrayal of masculinity is inspired in part by historical critics like Richard Slotkin, and more largely by gender and race theorists, mostly notably Sedgwick, Butler, Halberstam, hooks, and West.