Ballot Initiatives as a Fourth Branch of Government?

The Massachusetts Marijuana Legalization Initiative was a consistent conclusion to the State’s foray into cannabis regulation. Massachusetts decriminalized and legalized cannabis for medical use through ballot initiatives in 2008 and 2012, preparing the public for a controversial and protracted path towards legalization. The success of Question Four raised a multitude of familiar policy questions; what are the legal risks legalizing a federally prohibited substance, or how to entice investor confidence in a cannabis market given the Trump Administration’s regressive cannabis policy? There is also a more democratically existential question: what is the role of the voter initiative, and should this role be celebrated?

The Commonwealth of Massachusetts provides for such direct participation through four ballot initiative forms: law petitions, constitutional amendment petitions, referendum petitions, and public policy petitions.  Law petitions, the mechanism most widely understood through the public, are governed by surprisingly straightforward rules. Ballot petitions begin their lives as petitions of law to be adopted by the Legislature. Massachusetts first requires a minimum of ten qualified voters to draft and sign a petition containing the full text of the proposed law for submission to the Attorney General, who returns the petition with a concise summary following confirmation that the subject of the proposal has not violated 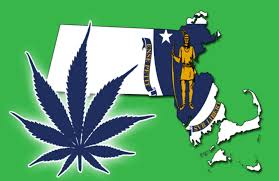 any Constitutional or procedural requirements. Petitioners then file the proposed law and summary with the Secretary of the Commonwealth, who in return provides signatory forms containing the law’s summary for the gathering of signatures. Assuming that this summary and petition form are returned without challenge, an achievement it its own right, petitioners may then move to acquire the requisite signatures, quantified as “at least . . . 3% of the total vote cast for all candidates for Governor (excluding blanks) at the last state election.”

The ballot initiative process is not designed to circumvent the legislature – at this stage, the legislature considers the petition, without opportunity for amendment, and may ultimately vote for engrossment and delivery to the Governor for final signature. Even at this stage, the democratic power of ballot initiatives is compelling, regardless of whether enactment follows. The legislature may feel increased pressure to address the subject through independent legislation, responding to a newly recognized mandate from the public will, while avoiding the drafting and policy deficiencies sometimes associated ballot initiatives. These responses are not direct responses to the initiative petitions, however. The legislature may only take four actions: enactment, disapproval, inaction, or proposal of a substitute. Any action beside enactment returns the initiative to its petitioners, who upon gathering the requisite number of signatures, puts the question to the voters at the next state-wide election.  Democracy in Action, or a Breakdown in Lawmaking?

Third, while ballot initiatives are democratic,they sometimes produce substantively imperfect results. Despite being the will of the people, the substantive terms of the Massachusetts Marijuana Legalization Initiative were short-lived. Towards the end of July 2017, Massachusetts Governor Baker signed into law House No. 3818, An Act to ensure safe access to marijuana. This law amended the voter approved cannabis laws by raising taxes on cannabis from 12% to 20%, altered the scheme in which municipalities could ban legal cannabis sales, and restructured the newly formed Cannabis Control Commission. As a result, although legalization advocates were able to achieve their goal of legalizing cannabis, the regulatory structure was significantly different than originally envisioned.

Ballot Initiatives: The People’s Branch of Government  – Truism, or Absurdity?

The debate over the place of ballot initiatives within democracy is ongoing. On one hand, ballot initiatives can be construed as a “fourth branch of government” (or perhaps fifth, for those readers who may also delegate such status to administrative agencies). 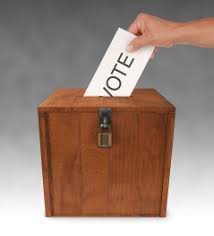 The cannabis ballot initiative saga in Massachusetts presents a compromise between this dichotomy. Ballot initiative lawmaking may indeed represent a new “fourth branch of government” – but a fourth branch that is weaker in its power. As Massachusetts has shown, voter approved laws remain subject to the check and balance of subsequent legislative action, which in turn is checked by traditional balance of powers built into state and federal constitutions. The ballot initiative process has a demonstrable capacity to force legislative action, a democratic strength in its own right.

Connor Mullen anticipates graduating from Boston University School of Law in May 2018.