Pharmacy Benefit Managers (“PBMs”) are at the center of the discussion about the causes of high pharmaceutical prices and efforts to reduce the nations pharmaceutical spending. Currently over 80% of pharmaceuticals in the United States are purchased through PBMs. While PBMs were originally intended to reduce drug costs to consumers, they now face criticism for actually increasing drug prices. A 2016 study found $23billion of health care spending was directly attributable to PBMs. In order to reduce pharmaceutical spending in the United States, legislative efforts must aim to align the incentives of PBMs and their payer clients. One such effort would be to eliminate the rebate safe harbor.

The rebate system is extremely controversial and receives a lot of criticism. It works like this: PBMs negotiate for lower drug prices for their health insurance payer clients by offering different types of placement on health plan formularies.  Manufacturers agree to give rebates to the health plan for use of the drug based on where the drug is listed on the health plan formulary. When the drug is paid for by the health plan, the manufacture gives a discount to the plan in the form of a rebate. The rebate passes through the PBM to get to the plan, and the PBM often retains a portion of the rebate as part of the contract (“Some research has found that major PBMs can retain around 38-40 percent of rebate dollars collected from drug manufacturers”).  The rebate that the PBMs negotiate is not a rebate that is given to the consumer directly at the pharmacy; the purported benefit of the rebate to the beneficiary is a decrease in premiums.

The central concern is that the reduction in price from the rebate is benefiting PBMs, drug manufactures and health plans, but not patients.  Health plan beneficiaries often have deductibles and co-insurance payments, and the price they pay is not based off of the discounted price the insurer gets, but rather the list price of the drug  (“many rebates do not flow through to consumers at the pharmacy counter as reductions in price. In these instances, beneficiaries experience out-of-pocket costs more closely related to the list price than the rebated amount during the deductible, coinsurance”). The rebate does not apply to the price that a beneficiary directly pays for a drug, it only applies when the health plan is covering the cost. 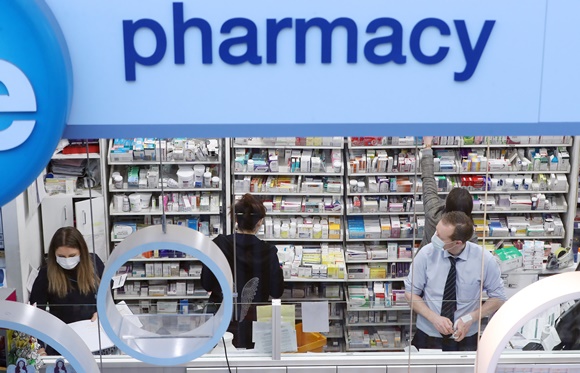 The rebate system is also harming patients by driving up the prices of drugs.  The system creates perverse incentives for PBMs, where they are incentivized to include drugs with higher list prices on formularies. This is because the portion of the rebate that PBM retains is based off of the amount of savings, meaning that a higher priced drug generates a higher rebate.  In addition to incentives placed on PBMs to select higher priced drugs, the system can also incentivize manufacturers to raise or keep list prices high.  Logically, if PBMs are selecting the higher priced drugs in order to get larger rebates, drugs with lower list prices will not be selected for preferred placement on formularies.  Lower list prices reduce the savings generated which results in removal from formulary. The nature of the rebate system means that rebates effectively function as kickbacks to PBMs.

PBMs are subject to a host of federal regulations due to the highly regulated nature of health care.  The industry is affected by federal regulations because PBMs contract with the federal government to administer drug benefits for Medicare Part D and because they submit claims to federally funded programs, Medicaid and Medicare, on behalf of their clients. The Federal Anti-Kickback Statute (“AKS”) “prohibits offering, paying, soliciting or receiving anything of value to induce or reward referrals or generate federal health care program business.” 42 U.S.C § 1320a-7b(b) (2012).  The AKS and subsequent regulations include voluntary safe harbors, which “describe various payment and business practices that, although they potentially implicate the federal anti-kickback statute, are not treated as offenses under the statute.” 42 C.F.R. §1001.952 (2018). The AKS has a mandatory discount safe harbor, meaning that the government will not prosecute for arrangements that fall within the discount safe harbor requirements. 42 U.S.C. § 1320a-7b(b) (2012). The discount safe harbor applies to PBMs because they use rebates to negotiate deals between drug manufactures and clients.  These rebates fall within the definition of kickbacks under AKS because the PBM retains, as revenue, a portion of the rebates that it negotiates for each drug, and the amount they are paid is based on how much that drug is purchased using the rebate.

While these rebates are technically a violation of AKS, they do not currently put PBMs at risk for prosecution under the statute because the rebates are a form of discount, and, consequently, the discount safe harbor applies. In order to be protected by the safe harbor, PBM arrangements for rebates with manufacturers and clients must strictly comply with the requirements or else the PBM is in violation of AKS. 42 U.S.C. § 1320a-7b(b)(3)(A) (2012); 42 C.F.R. § 1001.952(h) (2018). This safe harbor, as presently understood, applies to prescription drug rebates paid by drug manufacturers to PBMs, Medicare Part D, and Medicaid managed care organizations, and thus protects the rebates from violation of the Anti-Kickback Statute.

On February 6, 2019, the HHS Office of the Inspector General (“OIG”) published a proposed rule to eliminate the AKS safe harbor applicable to PBMs. The proposed rule would have revised the discount safe harbor “to explicitly exclude from the definition of a discount eligible from safe harbor protection certain reductions in price or other remuneration from a manufacturer of prescription pharmaceutical products to plan sponsors under Medicare Part D, Medicaid managed care organizations … or pharmacy benefit managers under contract with them.” This would have meant that the rebates from manufactures to PBMs would constitute kickbacks and put the PBMs at risk for AKS violation. The basis for the proposed rule was that the safe harbor is operating to decrease transparency and increase costs to consumers, instead of increasing transparency and lowering costs to consumers.

The proposed rule would have removed the incentive that PBMs have to negotiate for rebates on their own behalf instead of on behalf of the plans and their beneficiaries.  Under the terms of the proposed rule, safe harbor protection would have still applied to discounts that the patient receives at point of sale. This protects the consumer interest by ensuring that they receive the discount directly, and allows PBMs to still use discounts as a negotiating tool for their clients. The proposed rule would have also granted safe harbor protection to PBM service fees, which would allow PBMs to continue to profit, at fair market value, from the services they provide.

The response to the proposed rule was, naturally, divided. Proponents of the proposed rule argued it would fulfill its intended purpose and lower the list prices of drugs to price that PBMs are currently negotiating for after rebates, and also lead to increased use of lower cost generics.  That result is supported by analyses prepared by Milliman for HHS, which estimate that implementation of the proposed rule would lead to up to a ninety-eight billion dollar reduction in spending by federal programs over ten years.  However, the PBM industry argued the rebates do not have the negative effects that HHS claim, and that  there are no “viable alternatives to rebates, in light of drug manufacturers’ inability to offer up-front discounts under current antitrust case law.”  Industry push-back also contended that the prohibition on rebates would lead to increased premiums because the use of rebates allows plans to lower premiums. Unfortunately, the Trump Administration sided with the industry perspective and reversed course and withdrew the proposed rule.

Eliminating the rebate discount safe harbor would have had a significant impact toward eliminating a major conflict of interest inherent in the PBM model. If the administration is not willing to put federal programs and beneficiaries ahead of industry, then Congress must enact legislation that achieves the result necessary to reign in excessive and unnecessary pharmaceutical drug spending.

Rebecca Mashni graduated from Boston University School of Law in May 2020.