President Obama’s second term has been defined by increased usage of his foreign policy powers. Whether or not one approves of the agreements with Cuba and Iran, among others, these agreements will have enormous implications for the United States and members of the international community. On October 5, 2015, President Obama announced his administration’s newest agreement: the Trans-Pacific Partnership (TPP). The TPP, a partnership between the United States, Japan, and ten other Pacific Rim nations, promises to be the largest regional trade accord in history. The key features of the agreement include improving market access, advancing living standards around the world, promoting innovation and trade, and integrating economies across the Asia-Pacific region. The TPP is set to positively impact “40 percent of the global economy.” Before taking effect, however, each of the twelve nations must ratify the agreement. For President Obama, this means presenting the text to Congress for approval.

The TPP is an example of a congressional-executive agreement, and will need to be approved by a simple majority vote in both the House and Senate. However, before this vote happens, numerous procedural matters need to take place, according to the Congress-enacted Trade Promotion Authority. First, which has already occurred, negotiators from TPP countries must review the text of the agreement before the official text is released. Second, once the text was finalized, President Obama, on November 5, 2015, informed Congress that he intends on signing the TPP, which triggered a 90-day notice during which Congress may review the text (the public only gets 60 days to review the text). Third, once the 90-day period finishes in early February 2016, President Obama may sign the agreement. Fourth, once signed, President Obama must wait another 30 days before submitting the legislation to Congress. Fifth, since President Obama was given “fast-track authority” by Congress, Congress would not be able to make any amendments to the signed agreement, instead only being given the opportunity to reject or concur to the TPP. Thus, if everything goes according to President Obama’s plan, a vote could be held as early as March 2016. However, the House Ways and Means and Senate Finance committees could offer suggestions for changes during the 30 day period preceding final submittal to Congress. This could push the vote date back, potentially past the 2016 Presidential elections. 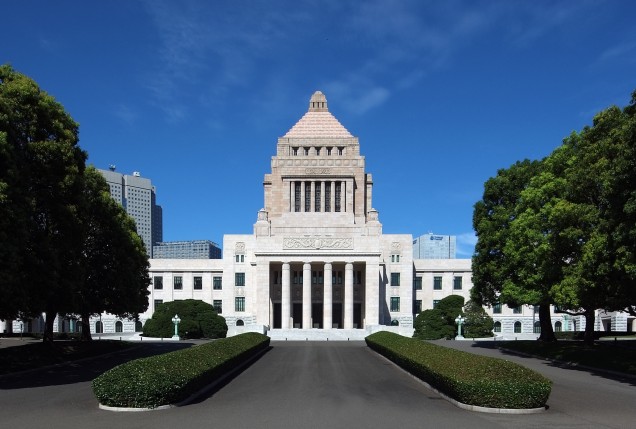 The lengthy timeline for the TPP is likely realistic given the changes that will be proposed by the numerous proponents and opponents of the TPP. Depending on whose voice is louder, the TPP could be quickly approved by Congress or could theoretically be stalled until President Obama is no longer in office. Thus, it is important to analyze the points being put forth by the two groups.

Proponents of the TPP claim that TPP’s reduction in tariffs will make U.S. products more affordable abroad, which will increase U.S. exports dramatically. Second, the TPP will make the United States a more important player in a region that has long been tied with China. For this reason, it is no surprise that China has been excluded from the TPP Third, the TPP promises to impose “strict guidelines on environmental and labor standards”, which include wildlife-trafficking. Interestingly, the TPP proponents consist of bipartisan supporters, including Vice President Joe Biden and Republican Representative Kevin Brady, the new Ways and Means Committee Chairman, who stated that “[d]one right, this agreement will open a billion middle class customers to American goods and services.”

Although proponents are numerous, a fact which allowed for the approval of “fast-track authority” earlier this year, the President will need to convince opponents of the TPP in order to ensure passage of this agreement. Opponents, which include Presidential hopefuls Donald Trump and Bernie Sanders, are concerned over various points of the TPP. First, opponents claim that the TPP will have a massive impact on a large percentage of workers around the world because it could increase competition for low-wage positions. Second, opponents are concerned over protection of intellectual property of pharmaceutical companies, which has long been ignored abroad. Proponents, however, argue that the TPP will establish uniform rules on corporations’ intellectual property.

Although, thus far, everything seems to be going right for the Obama administration’s TPP, opponents are sure to stand in the way. Notably, U.S. Senator Orrin Hatch has stated that “[w]hile the details are still emerging, unfortunately I am afraid this deal appears to fall woefully short.” Whether this opposition statement stems from actual disagreement with the TPP or from dislike of the Obama administration, however, is hard to know. While opponents point to the TPP’s labor provisions as reasons to reject the TPP, other provisions seem to outweigh this potentially negative consequence. The TPP pushes for innovation, increased trade, and includes much needed protections for wildlife and the environment.

Though the TPP is sure to face intense debate in Congress, President Obama will likely do everything in his power to ensure the agreement’s passage. The approval of this massive economic agreement would cement President Obama’s place in history and would surely add to his legacy as a foreign policy-oriented President.

Jeffrey Butensky moved from Argentina to Plantation, Florida and graduated from the University of Florida with a double major in Linguistics and Anthropology. He anticipates graduating from Boston University School of Law with a Juris Doctor in Spring 2017. Although Jeff has a diverse set of legal interests including corporate law, bankruptcy, and immigration, Jeff also hopes to be involved with legislation one day.