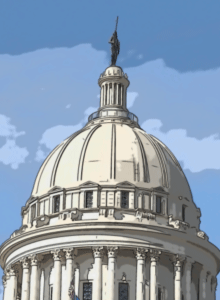 While the proliferation of same-sex marriage continues to captivate most Americans, another important LGBT legal battle warrants attention. In a decision of first impression this year, the Ninth Circuit upheld California’s first-in-the-nation ban on sexual orientation change efforts (SOCE) aimed at minors. Health professionals widely debunk these practices as ineffective and criticize them as exceedingly harmful to patients. The California ban considered by the Ninth Circuit in Pickup v. Brown prohibits licensed mental health professionals from engaging minors in “therapeutic” SOCE practices such as “gay conversion therapies” that seek to alter sexual orientation. New Jersey recently passed a similar law that a federal district judge later upheld against various challenges. As many as twelve other state legislatures have considered similar SOCE bans for minors since 2012 and momentum continues thanks in part to surging public acceptance of homosexuality. While current statutes and legislative proposals are a much-needed step in the right direction, banning only SOCE for minors fails to address overarching issues with SOCE practices. As state efforts to prohibit SOCE gain steam, legislatures should consider banning the troublesome practices outright for all individuals.

SOCE practitioners claim that their practices are effective, that homosexuality is a temporary and flexible condition, and that patients can successfully subdue or eliminate homosexual thoughts and tendencies if given proper support. Their “therapies” can take a variety of forms, ranging from voluntary verbal psychotherapy to coercive and abusive practices such as electric shock, nausea-inducing drugs, hormone therapy, and masturbatory reconditioning. While aversive physical “treatments” still persist in dark corners, psychoanalytic talk therapy is the most widespread SOCE practice today.

California and New Jersey’s SOCE bans for minors are significant—albeit limited—efforts to stop these harmful practices. Upon signing California’s ban into law in 2012, Governor Jerry Brown stated that, “[t]his bill bans nonscientific ‘therapies’ that have driven young people to depression and suicide,” and that “[SOCE] practices have no basis in science or medicine, and they will now be relegated to the dustbin of quackery.” The law as passed enjoyed support from a broad coalition of psychological and psychiatric associations, medical providers, and gay rights advocates. Under the ban, California’s licensed mental health providers are prohibited from “engaging in sexual orientation change efforts with a patient under 18 years of age, regardless of the willingness of a patient, patient’s parent . . . or other person to authorize such efforts.” If licensed providers defy this prohibition, they are subject to censure by their particular licensing board and could temporarily or permanently lose their ability to practice.

After several SOCE practitioners and patients took California’s ban to federal court, the Ninth Circuit’s Brown decision disposed of several constitutional challenges aimed at enjoining the statue. Among them were claims that the statute was overbroad, infringed upon First Amendment speech and association rights, and defied parents’ “fundamental right to raise their children as they see fit.” California argued that its ban for minors related to a clear and compelling interest in protecting minors’ physical and psychological wellbeing from the harms of SOCE. The Ninth Circuit agreed with California. Dismissing the challenges, the court found California’s interest in protecting children was a permissible legislative goal and considered the SOCE ban to be a rational solution. Importantly, the court also maintained that California’s ban was a “regulation of professional conduct, where the state’s power is great, even though such regulation may have an incidental effect on speech [or association].” The Court held, therefore, that state legislatures have broad authority to regulate deceptive and harmful medical practices.

While current SOCE legislation and court victories mark tremendous progress, it is unfortunate that current SOCE prohibitions fail to protect adults from serious harm and do not adequately address the fraudulent practices as a whole. States should seek to protect their entire LGBT population more stringently by enacting full prohibitions on gay conversion “quackery.” Comprehensive state SOCE prohibitions would send a strong public policy message to SOCE practitioners and the general public that SOCE “therapies” are illegitimate, dangerous, and unacceptable medical practices in the eyes of the State.

States have the constitutional authority to enact adult-inclusive SOCE bans, though they would need to allege different legislative interests in the event of a legal challenge. Yes, California’s arguments in favor of its ban primarily relied upon the protection of children, and the Supreme Court recognizes that states’ authority to control minors can be greater than their authority to control adults. However, the legislative findings behind California’s SOCE ban show that SOCE practices harm adults just as much as minors. California has a critically important interest in protecting the health and safety of its citizens from fraudulent and harmful schemes and can rely upon that interest to enact a constitutionally permissible, adult-inclusive SOCE ban.

As the Supreme Court has long noted, states have a strong interest in the health and safety of their citizens and may broadly regulate medical treatments in furtherance of this interest. State licensure of certain medical practice standards grants legitimacy to certain practices, giving patients and the public the impression that particular medical treatments are credible. While states seldom wholly prohibit particular treatments, the Supreme Court has noted that states may do so when a prohibition would further the State’s safety and health interests. Accordingly, the overwhelming professional position that all SOCE practices are fraudulent, harmful, and deceptive business arrangements justifies broad state action. Since states have the authority to regulate the mental health profession and to eliminate fraudulent practices among licensed medical providers, state legislatures should enact holistic adult-inclusive SOCE bans instead of narrower bans like California’s that exclusively protect minors.

The legislative proposals enacted in California and New Jersey, as well as those pending in state legislatures across the country, serve as wonderful policy statements to LGBT youth and society generally. However, SOCE bans for minors fail to address the extent of the harm and fraud perpetrated by SOCE practitioners and do not adequately protect LGBT adults. Legislatures should make efforts to prohibit SOCE practices outright under their broad police powers, further protecting patients and giving increased legitimacy to the mental health profession.

J. Corbin Carter is from Edmond, Oklahoma and graduated from The University of Oklahoma with majors in political science and history.  He anticipates graduating from Boston University School of Law with a Juris Doctor  in Spring 2015. After graduation, Corbin will work for the New York City Law Department where he plans to focus on labor and employment litigation on behalf of the City.