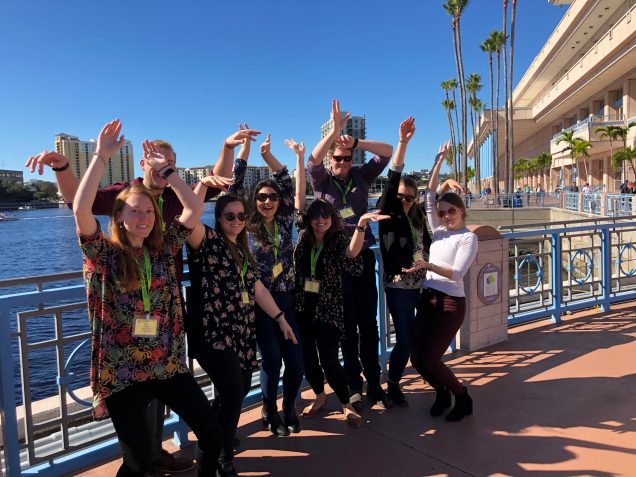 The Davies lab attended the Society of Integrative and Comparative Biology (SICB) Conference in Tampa, Florida in early January. Many students received financial support to attend the conference from the Biology Department Travel Awards and UROP. We presented seven podium presentations and one poster presentation. In addition, Dr. Davies and visiting postdoc Rachel Wright each chaired a session on symbioses and coral reefs! 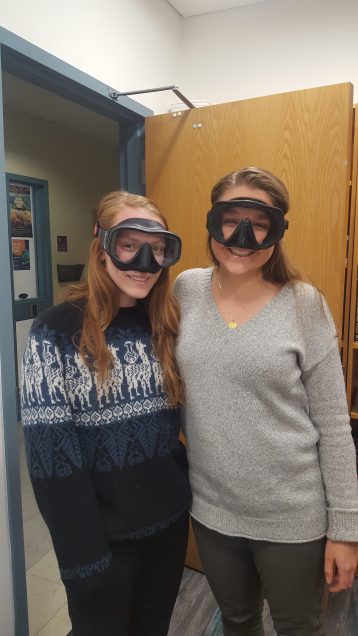 Ph.D. students Nicola Kriefall and Hannah Aichelman were both awarded the Women in Diving Hall of Fame Graduate Marine Conservation Scholarships. The scholarships are intended to support independent research and target graduate students who will advance marine conservation.

The Davies Lab has officially been up and running for a full academic year!

In September, PI Sarah brought on inaugural PhD student Nicola and lab manager Brooke. The lab was also lucky enough to have a team of undergraduates ready to hit the ground running with us: Alizah Ali, Alyssa Pereslete, Andrea Rodas, Darren Stanizzi, and Brittany Williams. Though lab renovations extended into the fall semester, our undergraduates helped organize and digitize mountains of data in the meantime. Nicola also saw her first field season with the lab when she and collaborators from the Castillo Lab at UNC Chapel Hill traveled to the Florida Keys in October under an NSF sub-award! The trip sought to characterize reef responses to Hurricane Irma, and the team saw several striking differences between inner and outer reef corals (manuscript in prep).

January saw the official opening of our genomics lab, and our team grew by three more undergraduate students: Chris Reyes, Katherine Galeas, and Tiffany Wong. Undergraduates worked hard to extract DNA from all of the Hurricane Irma samples and process flash-frozen coral nubbins from a tank experiment conducted by Sarah and Brooke. The lab also welcomed Harvard Curriculum Fellow Rachel Wright, who will be joining us full time for the summer to work on symbiont culturing and experiments! With these projects and more all on the table, the Davies Lab sure has a lot to get done this summer...good thing we have an army of undergraduates at the ready (11 UG + 1 high school student will be with us!).

Last but not least, one year down means that we are so proud to see off our first graduates! Congratulations to Brittany Williams and Alizah Ali!!!! The Davies Lab will miss you both dearly. Cheers to your bright futures and to the awesome science the lab hopes to put forth this summer!

On March 24th, the Davies Lab attended its first research symposium! Saturday morning, a total of 9 lab members made their way to the University of Rhode Island's Graduate School of Oceanography in Narragansett for the Society for Women in Marine Science Spring Symposium.

A mix of skills-based workshops, open group discussions, and research presentations, the workshop provided the perfect opportunity for men and women alike to talk about important issues in the field today.

"The atmosphere was just so welcoming," undergraduate Brittany Williams said. "It was inspiring to see so many female scientists who have gone through the same struggles." Brittany co-presented on Florida Keys reef responses to Hurricane Irma with fellow undergraduate student Tiffany Wong. Project mentor and PhD student Nicola Kriefall was proud of their work. "They did such an amazing job, so many people were interested in their poster," she said.

In addition to showcasing their research, students in the lab were able to participate in discussions about gender inequality, challenges with confidence, and barriers to entry in a white male dominated field. Undergraduate research assistant Katherine Galeas was glad to hear about current efforts to help underrepresented students.

"I feel hopeful and less afraid of what choices I have to make senior year and beyond," she said. Overall, the Davies Lab was thankful for the opportunity to hear from marine science researchers in all career stages, undergraduate Chris Reyes noted.

"My favorite thing was getting to meet people from different backgrounds and hearing their experiences," he said.

To learn more about the symposium and the Society for Women in Marine Science, check out their website!