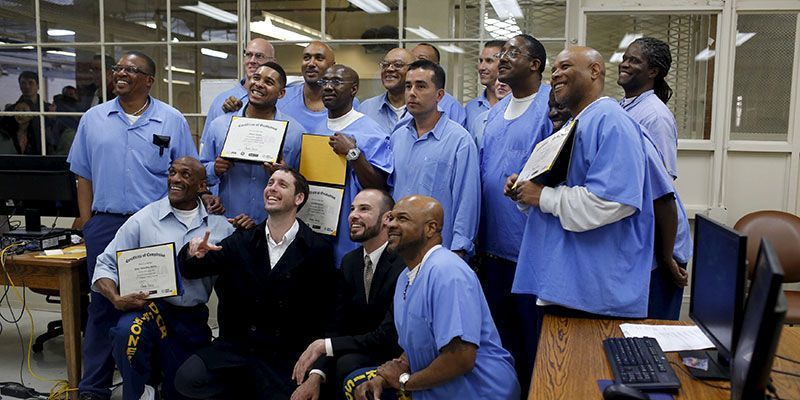 Prison inspires a culture of its own. To be given a new name, rather a number, that you are to be called upon and to be stripped of your previous identity. To be stripped naked and given standardized attire to be worn day in and day out. To be surrounded by uniformed personnel with metal handcuffs and weapons around their belt. To be beaten, humiliated, degraded, pent up in the dark like an animal, and to constantly fear for your life with gruesome images that may linger in your mind for the rest of your life. How can anybody be expected to return from prison and released back into their community as if their life, their mind, and experience of the world has been unaltered? How can anyone expect to move forward and grow after what many may call to be a traumatic incarceration? Mika’il DeVeaux, a former incarcerated young man and current PhD student and director of nonprofit organization aimed to help explore the idea and meaning of success as defined by seventeen men who had three years to try and survive a post-incarceration life successfully. Among his interview with men, he explored the social support that allowed them to reach that success. “The most important you know [is] family.” Family allowed the formerly incarcerated men to be surrounded by a positive influence that created a sense of yearning of success while preventing them from gravitating to the former negative influences that may have led them to reincarceration. Charles, one of the participants in the study stated, “relationships play a key role…I am talking about support relationships…about making sure that we are accountable.” Keeping in touch with “professional change agents” were also attributed to post-prison success. Among all of the other variables that the men used to define their success such as housing, employment, education, and building a family, the theme that surrounded each individual’s concept of success incorporated the idea of a strength behind social support.

As Mika’il DeVeaux explained about his own life experience, “Prisons are institutions that have a life of their own, but the life is an abnormal one. It is a life filled with deprivations, with isolation, with fantasy and imagination, and with hanging on to what was, despite little preparation for what is to come…with little reason to ponder what life could be like after prison.” It is easy to become trapped in your own mind while your physical body is trapped in a cell. Having voices from loved ones to remind you that there is more than bars and concrete is overwhelmingly helpful for inmates.

Although not everybody experiences prison in the same way, it seems to be that it is beyond a coincidence that these men found success after prison with the aid of social supports from positive influences. “Upon my release, I was helped by the support network I maintained during my incarceration.” Mika’il explains that his family provided the support that he needed to imagine what life after prison might be like. Having maintained connections with people he knew from his previous life, such as his childhood friend, and persons that would introduce him to his new life such as his professors,e helped to establish a sense of a future and reintegration into society. A sense of hope, renewal, and growth after a traumatic experience has been strengthened by the social support that has allowed many men like Mika’il and those he welcomed into his study to come out stronger from the traumatic experience of incarceration.