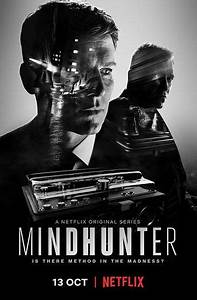 Profiling has been an interest of mine for a long time. The section that was on profiling listed various checklists and qualities that were associated with each category. Many people do not realize that profiling has only been around for about forty years, starting in the mid-1970s. The 1970s saw an increase in serial crimes across the US, so John E. Douglas and his partner Robert Ressler set out across the country to interview incarcerated serial killers such as Charles Manson and Edmund Kemper. Both FBI agents felt that through these comprehensive interviews, they would gain a better understanding of the motives that drove these men to commit their violent acts. They hoped to create a centralized database for serial offenders in the nation that would have a precise breakdown of crime scene information and shared with other authorities in different states.

After all the information came together, the Violent Criminal Apprehension Program was formed but not official until 1984. By using ViCAP, the authorities can look for an unknown subject and compare case details to open or closed cases to find any patterns that might exist. Although Howard Teten and Jack Kirsh made strides within the FBI as profilers, the ViCAP helped them create a branch in the agency referred to as the National Center for the Analysis of Violent Crime (NCAVC). Authorities in the US or Canada can submit a request to NCAVC, which has a connection to the ViCAP. The application will go to NCAVC to analyze a sequence of unsolved murders, suspicious cases, or unidentified bodies. While this analysis is going on, the ViCAP computer software runs through various scenarios a human profiler would think of reflecting any particular behavior. Douglas provided us a faster way to profile criminals nationwide. As the serial killer “whisper,” Douglas was able to dive into the minds of serial killers that led to trailblazing accomplishments at the present day.

The skill and ability of criminal profilers is the background to several books, television shows, and films like Silence of the Lambs. Mindhunter’s debut on Netflix a couple of years ago highlights the early struggles of the FBI to comprehend and profile serial killers. Mindhunters is created from the writings of best-selling author Mark Olshaker and legendary FBI profilers John Douglas.

Profiling, or criminal investigative analysis, as the FBI calls it, involves the investigation of a crime with the hope of identifying the responsible party, that is, an unknown perpetrator, based on crime scene analysis, forensic psychology, and behavioral science (201712). The APA mentions that criminal profiling combines law enforcement and forensic psychology but with somewhat new parameters and definitions. The experts in criminal profiling might not always agree on things like basic terminology. Still, they all have a common goal of examining evidence taken from the crime scene, and statements provided by victims to cultivate a narrative for an unknown offender.

During the inquiry stage, numerous things are determined, such as if crimes are linked, predicting the personality and lifestyle characteristics of the unknown perpetrator; moreover, the possibility of the perpetrator escalating their crimes. When investigators are ready to make an arrest, profilers foresee where to look for an unknown serial criminal as well as pinpoint the information that should be in a warrant to make the criminal react. When a criminal is finally apprehended, the criminal profilers act as subject matter experts in court linking the crimes and forensic evidence to the alleged perpetrator of the series of crimes.

Jack the Ripper case is known as the first application of criminal profiling and the methods of autopsy reports and crime scene evidence. In the fall of 1888, London physicians George Phillips and Thomas Bond made well-versed guesses about Jack the Ripper’s personality and behavioral characteristics. Dr. Bond’s report determined that “all five murders no doubt were committed by the same had… the women must have been lying down when murdered, and in every case, the throat was cut first.” Furthermore, he went on to say that Jack the Ripper had no medical training even though the killer had a particular way of cutting and mutilating his victims.

Dr. Bond’s report was in direct opposition to what the authorities had concluded about Jack the Ripper. They believed that the perpetrator had some medical training due to the method of how the internal organs were removed. Dr. Bond’s report went against the majority because of the gaping wounds that were inflicted on the victims but did not demonstrate medical training. Dr. Bond describes the murders as erratic and a man of isolated means. Unfortunately, we will never know the truth because the crimes committed by Jack the Ripper remain unsolved.