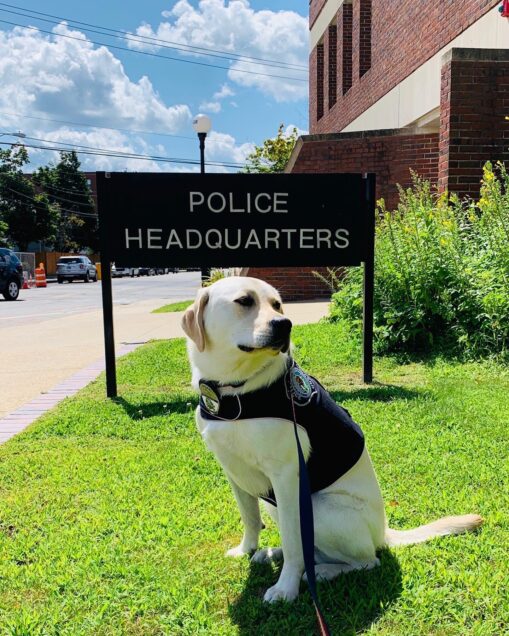 My city in New Hampshire made headlines this year for being the first police force in the state to adopt a comfort dog. In April, Liberty the yellow lab officially joined the Concord Police Department to help victims of trauma at court hearings, crime scenes, and car accidents. While Liberty has become something of a local celebrity in Concord, receiving lots of love and excitement during her visits to local schools, senior centers, and city events, most notably she recently visited the statehouse to help the Concord Police push for a bill in the state legislature. HB513–appropriately referred to as “Liberty’s Bill”–would make it legal for therapy and comfort animals like Liberty to sit alongside victims while they give testimony in court. Unfortunately, despite Liberty’s charming guest appearance, the bill became partisan and was ultimately ruled “inexpedient to legislate” which effectively killed the legislation and prevented it from being voted on (“NH BH513”). 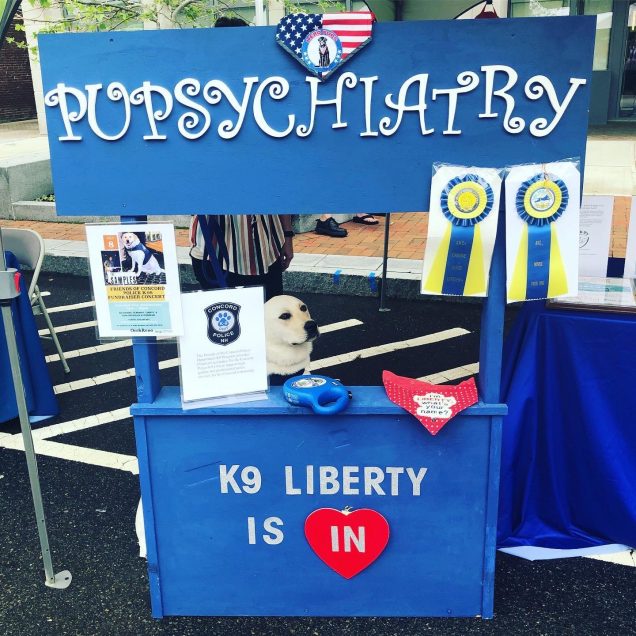 A retired local pediatrician speaking in favor of the bill argued that comfort and therapy dogs like Liberty can “mitigate [a] child’s stress allowing the child to provide more accurate and credible testimony,” (Underwood, 2019). However, the use of comfort animals in court environments has become a topic of fervent debate in recent years. Currently, 26 states have programs that allow therapy dogs in courtrooms, but in many cases where legal teams have requested the use of comfort or therapy animals during testimony on the witness stand, particularly on behalf of children, opposing counsel have frequently argued that the use of these animals undermines the right to a fair trial as they have the potential to “evoke empathy in the minds of the jurors and distract from opposing evidence,” (Holder, 2013). 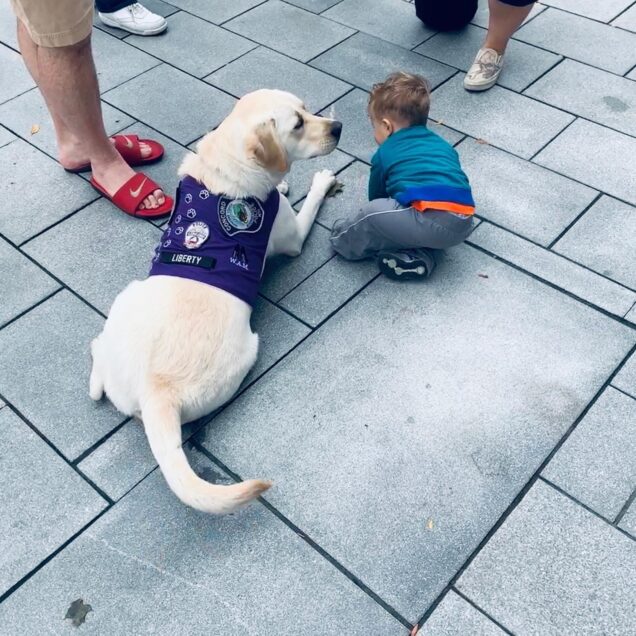 In a 2013 study published in the Houston Law Review, Casey Holder finds that despite objections to the practice, the benefits to using comfort and therapy dogs in court far outweigh the drawbacks. She finds that in particularly traumatic cases “the testimony of victims and witnesses is often crucial to the successful prosecution of a criminal case,” and that “dogs reduce the likelihood that children will be retraumatized during trial [and] allow children to more comfortably testify in the courtroom.” She argues that “courts consistently conclude that the benefit of a clear and coherent testimony outweighs any potential prejudicial effect of a comfort item on the defendant’s right to a fair trial” and urges all states to allow and promote this practice (Holder, 2013). 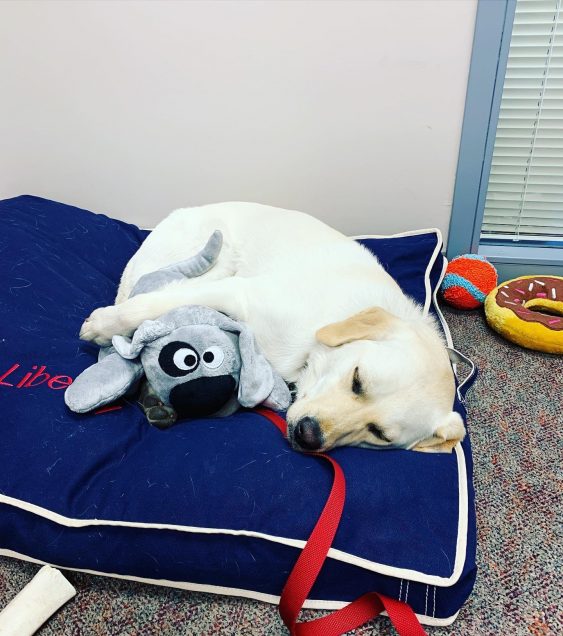 Victims of traumatic and violent crimes often suffer severe psychological distress and face a significant struggle during trials and court proceedings to testify and relive the events in question. Bartol & Bartol detail the difficulties of coming forward for survivors of child sexual victimization in particular–one of the areas where animals like Liberty could prove to be particularly helpful and effective–citing that “one in five survivors never disclosed childhood sexual abuse, and approximately 60 percent delayed disclosure for over five years after the first episode” (Bartol & Bartol). In many cases, therapy dogs have enabled victims to open up about their trauma while helping them to reduce feelings of fear and anxiety, and better cope with the “severe emotional and psychological stress” of testifying in a courtroom (Holder, 2013).

Whether or not Liberty will one day get to do her job in a courtroom remains unforeseen. Given the significant academic research and evidence of the benefits of therapy animals for victims of trauma, this matter poses an important question for our criminal justice system moving forward–do we value the psychological safety and comfort of victims or the constitutional right to a fair trial more highly?