It’s the near the end of the academic school year and most teens are looking forward to prom night, graduation bash, checking their mailbox for college acceptance letters, and the most important event of all…..commencement day which means the end of one chapter and the starting of the next. But for some teens their hopes are about how to make it through each day after their dreams were shattered by one of the most destructive fires in California history which claimed the lives of 85 people and destroyed more than 153,000 acres (Sacks, 2019). The fire has destroyed three schools in the Paradise community displacing students at different locations some as far as one hour or more commute. Many families were left homeless as the fire engulfed their homes. Some have went on to live with other families who were not affected by the fires while others live in tents and trailers with no electricity making it difficult to access wifi connection for those students who are attending school online. Since the November fire, many teachers have been teaching class in malls, stores, warehouses, airports, empty spaces, or just about anywhere they are allowed to teach. Some students attend class online when they have access to wifi and others use transmitters so they can hear their teacher’s lecture (Sacks, 2019). 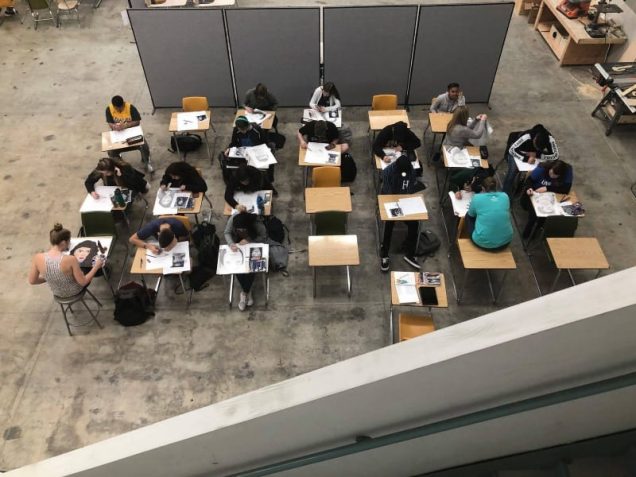 Class in session in a temporary office space. 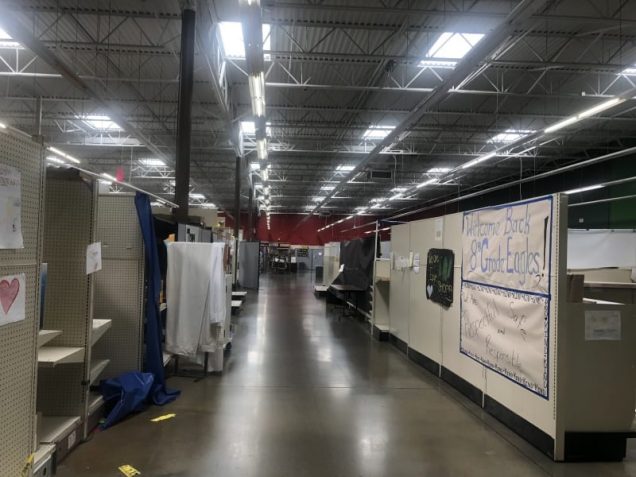 Former Orchard hardware store now being used as a temporary space for a school.

Some students have turned their part time job to full time in order to help their parents get through this devastation and save enough money to afford some place to live. Others have applied for food stamps and trying to apply for an I.D. to obtain their birth certificate and look for employment in order to lease an apartment and pay for utilities. Most people lost their documents in the fire such as birth certificates which makes it more difficult to identify themselves with FEMA and their local Red Cross to obtain services (Sacks, 2019). The devastating event not only left people without a home and kids struggling to attend school but now the community has to deal with the effects of trauma. Acute trauma is a single traumatic event that is limited in time such as death, a shooting, car accidents, fires, hurricanes, and floods (Smithwick, 2019: Module 2 live class). Studies shows 92.5% of youth experience at least one trauma; 84% experience more than one; and over half of those youth experience or are exposed to trauma at least six times or more (Smithwick, 2019: Module 2 live class).

What are we as a society doing to help displaced victims of acute trauma especially such as this event in which an entire community was ravaged by wildfires? Where are the mental health services? What are our politicians doing about this tragedy? What about our president? Can he leave the border wall alone for just one day and do something about rebuilding Paradise community rather than let it disappear by the fire? The issue with illegal immigrants and migrants seeking political asylum has existed since the border wall was built and the issue is not going to go away as long as the wall is there but we cannot just let a community go up in smoke and just let it be. We have to rebuild it and help its community members get back on their feet again.

Professor Rousseau stated that PTSD after the 911 event was much lower than “expected and predicted”. The percentage was actually small. One possible explanation is that people came together and felt “connected” in that common experienced in which they were able to support each other (Rousseau, 2019: Module 5 live lecture). Students from Paradise community are doing just that: coming together and staying connected in their common experience while keeping their spirits up. Resilience hasn’t been easy for these students but one thing they also share in common is their struggle to stay afloat and finish the school year. 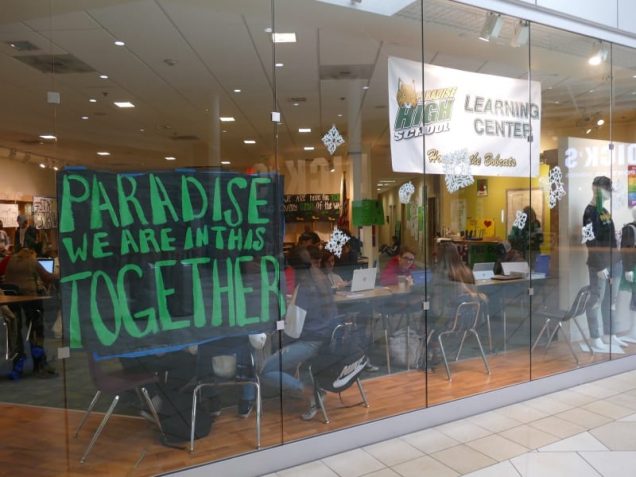 Class takes place inside a store.

Sacks, B. (2019). Students live in tents, do homework under flashlights, and deal without   textbooks months after California’s massive camp fire. Retrieved April 25, 2019, from https://apple.news/Aq4r7U0w2Tg-wTG842Up8rg

*pictures on the blog were retrieved from this source.