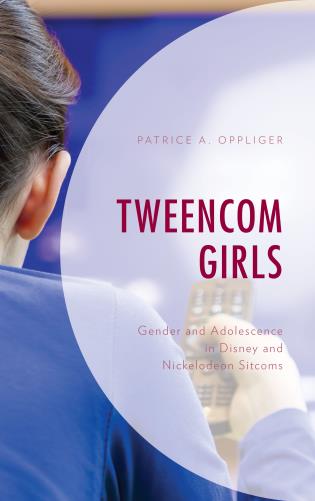 Dissecting popular Nickelodeon and Disney Channel programs, Oppliger—a CRC fellow and Assistant Professor of Communication at Boston University—offers a critical take on how girls in the transition between pre-teen and teenage have been represented in mainstream children’s television.

Along with extensive examples of various character portrayals over the past 25 years, Oppliger also provides practical advice to parents and educators of young women exposed to this messaging.

“Such an in-depth look at the tweencom genre is long overdue,” writes Nancy Jennings (University of Cincinnati) in a review of the book. “The arguments are rich, and the examples are abundant and deep. Opplinger’s read of female stereotypes and girl power stretches beyond princess culture and provides fresh constructions of key tropes and themes.”

Professor Oppliger’s book is accessible in libraries all over the U.S. and available for purchase here