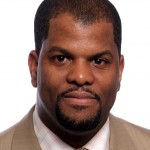 Emmett Price (piano) is an Associate Professor of Music and former chair of the Department of African American Studies (2008-2012) at Northeastern University. He is one of the nation’s leading experts on African American Music and Culture and a performing musician in a variety of diverse contexts. He is editor of The Black Church and Hip Hop Culture: Toward Bridging Generational Divide (Scarecrow Press, 2012), executive editor of the Encyclopedia of African American Music (Greenwood/ ABCCLIO, 2011) and author of Hip Hop Culture (ABC-CLIO, 2006). He is the former editor-in-chief of the Journal of Popular Music Studies, an academic journal of the United States.

Eric Jackson (narration) is the host of Boston radio’s signature jazz program, Eric in the Evening (89.7 WGBH). For the past 25+ he has been recognized nationally and internationally as the Dean of the Boston jazz scene. In addition to numerous other accolades, the 2012 Duke Dubois Humanitarian Awardee also serves as an adjunct professor in the Department of African American Studies at Northeastern University. 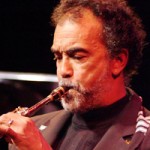 Leonard Brown (saxophones) is an Associate Professor of Music and African American Studies at Northeastern University. From 1996-2002, Brown served as senior ethnomusicologist and principal cultural historian to the American Jazz Museum in Kansas City, MO – the first national jazz museum in the nation. He is the editor of John Coltrane and Black America’s Quest for Freedom: Spirituality and the Music (Oxford University Press, 2010) and a performing musician who has appeared with Alice Coltrane, Pharaoh Sanders, George Russell, Bill Barron, Yusef Lateef, Alan Dawson and Ed Blackwell amongst many others.

This 30-minute lecture/recital will explore the sound of freedom from the African American experience utilizing spoken word (narration), saxophones and piano. The sonic journey will highlight the power of African American music not only within the domestic struggle for liberation, justice and equality but will also spotlight the use and appropriation of these same expressions across the globe as others utilized these sounds and sentiments in their own seasons of trauma and oppression. Drawing from a deep and wide repertoire, examples of spirituals/ jubilee songs, blues, jazz and other forms of African American music will be weaved together to draw focus and attention to the importance of sound. Each of the participants will offer unique insight and commentary through scholarly-informed performance practice as they revel the power of Black Music to express refuge, strength, struggle and hope through the sound of freedom.